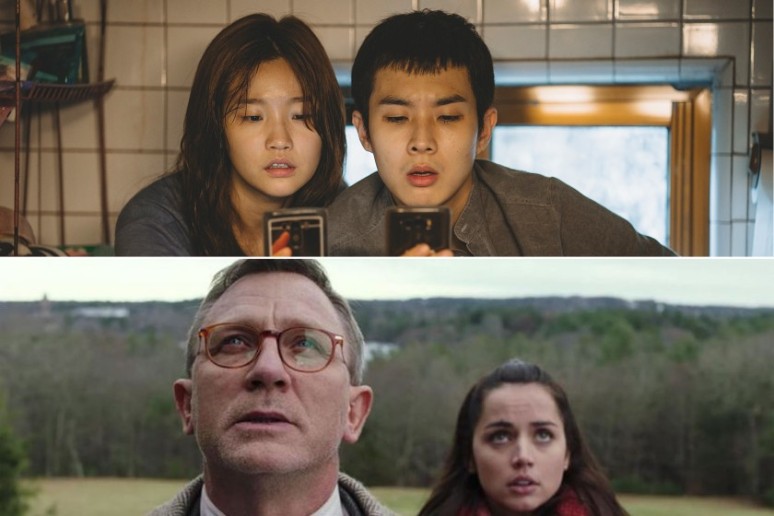 The 20 prolific members of Chicago Indie Critics cast their final ballots this week to declare the winners of 23 categories for their fourth annual film awards.  At a special ceremony open to the public last evening at the Cards Against Humanity Theater in Chicago hosted by stand-up comedienne and former film critic Katie Baker, the CIC film critics, fans, and guests gathered to celebrate milestones, commiserate among peers and professionals, and honor the very best from 2019.  The event was streamed live over the CIC YouTube channel.

In two special CIC Award categories of distinction, two top female filmmakers and what they stand for were celebrated.  The Trailblazer Award honoring the work of an artist who pushed the boundaries of the medium was awarded to Greta Gerwig.  Additionally, Lulu Wang, the writer/director of The Farewell, was voted the recipient of the Impact Award.  That honor celebrates a person whose work has had a positive impact on society.  It was a special night to laud and appreciate the work of female creators such as these two honorees.

The complete list of the winners of the 2019 CIC Awards:

I Lost My Body

“I Punched Keanu Reeves” from Always Be My Maybe

(written and performed by Randall Park)

CIC AWARD WINNERS BY THE NUMBERS

1: Always Be My Maybe, Apollo 11, Bombshell, Dolemite is My Name, The Farewell, I Lost My Body, Marriage Story 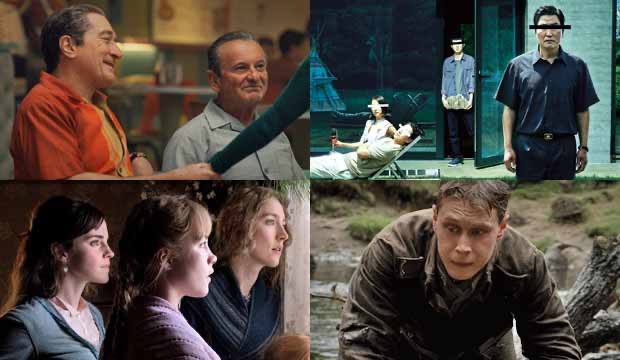 The recently rebranded Chicago Indie Critics have announced their nominees for the fourth annual film awards. The voting members completed ballots to compile five nominees for 23 categories. The CIC members will commence a final round of voting ending on January 2, 2020.

The 2019 CIC Award winners will be announced on the evening of January 4, 2020. This year’s Awards Party will be emcee by stand-up comedienne and former film critic Katie Baker. The event will be held at the Cards Against Humanity Theater in the Bucktown neighborhood of Chicago starting at 5:00pm and open to the public with ticket admission.  Fans and followers can watch the awards event live-streaming on the CIC’s YouTube channel.

Leading all films with an impressive eight nominations is Greta Gerwig’s adaptation of Little Women.  Two of those nominations highlight Gerwig’s work as a director and screenwriter. Following next with seven nominations each is the quartet of The Irishman, Marriage Story, 1917, and Parasite. On an individual level leading the field, Parasite’s Bong Joon-ho earned five personal nominations and Lulu Wang of The Farewell earned four across the 23 categories. In all, 43 films are represented with nominations for the 2019 CIC Awards.

Two awards of special recognition and interest are the annual Trailblazer and Impact Awards.  The CIC’s Trailblazer Award honors the work of an artist who truly pushed the boundaries of the medium in terms of form and content. Nominated this year are filmmakers Greta Gerwig (Little Women), Rian Johnson (Knives Out), Sam Mendes (1917), Martin Scorsese (The Irishman), Lena Waithe (Queen & Slim), and Taika Waititi (Jojo Rabbit). Secondly, the Impact Award celebrates a person whose work during the past year or beyond made a positive impact on society. The nominees include Pedro Almodovar (Pain and Glory), Bong Joon-Ho (Parasite), Martin Scorsese (The Irishman), Lulu Wang (The Farewell), and late Chicago film critic Milos Stehlik.

Founded in 2016, the Chicago Indie Critics (formerly known as the Chicago Independent Film Critics Circle) is a creative and engaging non-for-profit organization composed of unique, dedicated, and diversified film critics.  Its members are wide-ranging in experiences, backgrounds, tastes, and target audiences across both print and online platforms and publications. The CIC organized to share their personal assessments, commentaries, passions, and creativity in the vigilant effort to highlight the greatness and diversity found in both independent and mainstream films. While they originate in the Chicagoland area, the efforts of Chicago Indie Critics are to share, celebrate, and promote the rich artistic medium of film to audiences, fans, and eager minds across the nation and the world as an exemplary and upstanding pillar of intelligent print and broadcast journalism.

The complete list of nominees for the 2019 CIC Awards:

Once Upon a Time… in Hollywood

Portrait of a Lady on Fire

How to Train Your Dragon: The Hidden World

I Lost My Body

The LEGO Movie 2: The Second Part

Céline Sciamma, Portrait of a Lady on Fire

Portrait of a Lady on Fire– Céline Sciamma

Eddie Murphy, Dolemite is My Name

Tom Hanks, A Beautiful Day in the Neighborhood

Brad Pitt, Once Upon a Time… in Hollywood

Once Upon a Time… in Hollywood– Robert Richardson

Once Upon a Time… in Hollywood– Barbara Ling

Once Upon a Time.. in Hollywood– Arianne Phillips

Us– Camille Friend and Scott Wheeler

“Catchy Song” from The LEGO Movie Part 2: The Second Part

“I Punched Keanu Reeves” from Always Be My Maybe

(performed and written by Randall Park)

“Not Evil” from The LEGO Movie Part 2: The Second Part

(performed by Tiffany Haddish and written by Jon Lajoie)

“Stand Up” from Harriet

CIC AWARD NOMINATIONS BY THE NUMBERS

5: The Farewell, Once Upon a Time… in Hollywood

3: Ad Astra, Avengers: Endgame, Dolemite is My Name, The LEGO Movie 2: The Second Part, Portrait of a Lady on Fire, Us

1: Aladdin, Always Be My Maybe, Apollo 11, A Beautiful Day in the Neighborhood, Bombshell, Booksmart, Hail, Satan?, Harriet, Her Smell, Honeyland, How to Train Your Dragon: The Hidden World, Hustlers, Joker, Judy, I Lost My Body, The Kingmaker, Missing Link, Monos, One Child Nation, Star Wars: The Rise of Skywalker, The Two Popes, Toy Story 4, Wild Rose