Over in the world of professional wrestling, there’s a popular crowd chant of “You still got it!” Arenas bring it out when a fan favorite returns to the show from a long absence or on the special occasion when an older veteran returns to the ring showing the spryness of their celebrated youth. Movie fans, in their own way, have been making that chant for Sylvester Stallone the last 15-plus years since his Rocky Balboa comeback. Samaritan is but one more opportunity for such crowd-pleasing praise.

Directed by Julius Avery (Overlord), Samaritan sets the stage of a post-superhero fallout in the fictitious Granite City. Echoed as faded lore told by a pre-teen named Sam Cleary (Euphoria’s Javon Walton) and animated for the film’s opening in a very comic book fashion, the city’s heroic champion Samaritan appeared to perish vanquishing his mortal enemy Nemesis in a calamitous and destructive throwdown twenty years ago. Neither combatant has been seen since while the city has fallen on hard times in the power vacuum caused by their dual departure.

The legacy of Nemesis has inspired elevated and unchecked crime, controlled presently by the violent and brash leader Cyrus (an imposing Pilou Asbæk of Overlord and Game of Thrones) his deadly lieutenant Sil (Riverdale’s Sophia Tatum), and their underlings. Meanwhile, the absence of Samaritan has eroded the former vibrant hope he represented to the tragic myth we’re hearing being narrated. While others have given up and feel abandoned, Sam idolizes Samaritan’s former ideals and fuels his fandom picking the brain of a local writer (Martin Starr). He and his working nurse mother Tiffany (Dascha Polanco of Orange is the New Black) live in this paycheck-to-paycheck grime in a ramshackle apartment complex.

One day when Sam was being targeted and beaten up by one of Cyrus’s thugs named Rex (The Kings of Summer’s Moises Arias), a burly local neighbor who goes by the nondescript name Joe (Stallone) comes to his aid showing strength and invulnerability greater than a normal man to fight off the goons. A thankful and awestruck Sam is convinced that Joe is the long-lost Samaritan. Sam begins to attach himself to this scrounger and tinkerer of old tech in hopes of finding truth and hope.

LESSON #1: LONERS HAVE THEIR REASONS FOR HIDING– Joe, at first, isn’t all that keen about this tagalong kid or the possibility of being exposed publicly. In this character, Stallone wears painful literal and figurative painful past losses on every inch of his broad frame, from his slowed gait and weather voice to the scars of burned flesh on his very body. The actor plays these traits brilliantly. Joe has his reasons for hiding and they are greater than Sam can imagine. Naturally, it’s whether or not those reasons are good or bad for the man and the community he occupies.

LESSON #2: GOOD AND BAD MENTORSHIP– Like stray dogs finding each other, Sam becomes a good influence for Joe running parallel to gang pressure of Cyrus. Joe helps Sam learn to defend and stand up for himself while having the iron of his heart slowly melt in the presence of a true believer encouraging him to get involved in the urban strife. This appreciable relationship between Joe and Sam is more of Samaritan’s core than the superpowered transgressions.

LESSON #3: THE DECISIONS YOU MAKE ADD UP– The pacing of Samaritan, written by Bragi F. Schut (Escape Room, Season of the Witch), deftly slow plays its culmination of breaking points. Cyrus’s damaging clout needs to be stopped, and Joe can no longer remain passive or neutral, all while everyone’s safety dangles precariously on the verge of another collapse. If Joe reignites that inner fire, he knows it’s a raging blaze that cannot be easily stopped and the kind of heat that magnifies old sins. From that place of legend’s long broken road, Samaritan unleashes a climactic twist for the ages that changes everything.

Hit the ELO because we’re heading for a showdown. When necessary, Stallone is still a hulking specimen of action movie screen presence. Beginning in little confrontations and culminating in a true knockdown-drag-out climax, he and his two stunt doubles (Freddie Poole and Mark R. Miscione) are put through the paces of fight coordinator Michael Lehr (Extraction) and supervising stunt coordinator Justin Yu (Day Shift) to throw their barrages of punches and bounce off the hailstorms of bullets. If anything, that big ending and the jaw-dropping swerve it contains happen a shade too late into the movie without a longer probe into its intense impact. Intriguing and unique drama was left on the table.

All in all, the question to ask, though, is should we really be surprised anymore by Sylvester Stallone? Back to the squared circle, there’s a subsection of wrestling fandom that calls the “You still got it!” chant overused, patronizing, and condescending towards those being verbally showered. Those fans say legends at the highest level have nothing to prove, no matter their age, and never lost “it” to begin with. They may be right.

Even now at 76 years old, long past his own peaks and valleys, Sly remains a proven talent and beloved favorite. Nothing will probably break that or ever take that away. Nonetheless, this writer feels like “You still got it!” respect towards Stallone, as a complete performer, is still worth acknowledgment. Thanks to the Rocky and Rambo series, most go straight to the muscles. The special thing is Samaritan shows how much Sylvester Stallone still offers as an actor that has nothing to do with the ripped physicality that made him famous. 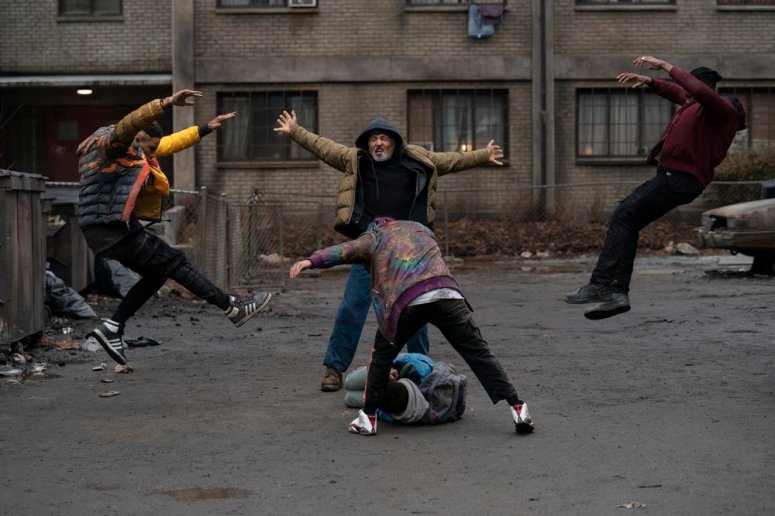 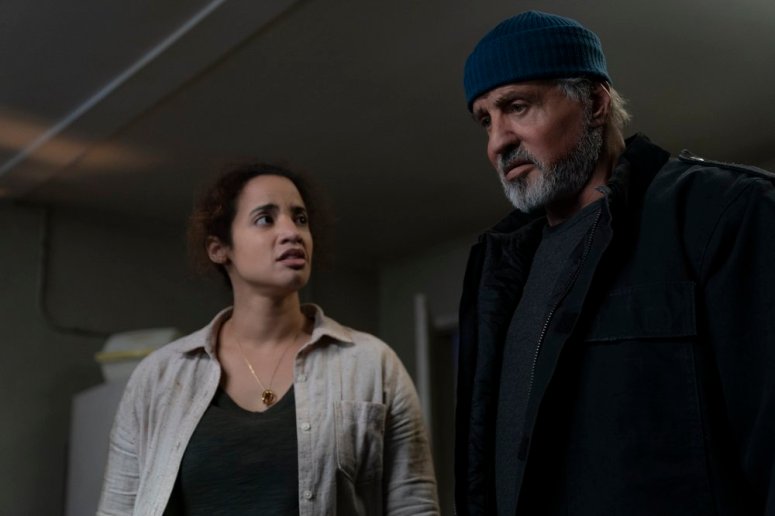 from Review Blog https://ift.tt/weLgTvp
via IFTTT