Prey marks the return of the true visceral edge that has been missing from the Predator franchise for the better part of three decades. Somewhere along the way, across six films and two silly ass crossovers, glamor and glory got in the way of the constricting fear and danger that started it all. That’s saying something considering its most-macho-possible beginning starred a battalion of punchline-dropping beefcakes toplined by Arnold Schwarzenneger and Carl Weathers.

Movie after movie, the Predator franchise was consumed by the combination of over-the-top acting and cartoonish narratives that devolved with time. From the 80s excess of Predator 2, the curse of Topher Grace, and the mismatched comedic injections of Shane Black, each chapter has been ruined by one or both of those two factors. With Prey, director Dan Trachtenberg and his co-writer Patrick Aison have thankfully and tactfully stripped away the old excesses and put the focus back on sharpness, right where it belongs.

There is no star-fueled preening on this no-name cast. The body count is patient, yet raised to a frightful level. The kills are often quick and brutal. Prey stays precisely locked into the relentless gear and exciting pace this legendary movie monster threat has long deserved.

Pitched as the concept of the Predator’s first-ever visit to Earth, the time is 1719 in the Northern Great Plains of the North American continent. A single Predator is dropped off and its first kill and ripped spine is that of a rattlesnake. The carcasses that follow promise to be bigger from here as the invisible marauder marks his trail with that unmistakable verbal clicking that has made the hair on the back of necks stand up for 35 years.

During this historical era, this region is populated by Cherokee Native Americans. Among them is an observant and resolute young woman named Naru (Amber Midthunder of Rosewell, New Mexico). She wants to become an anointed hunter through the plain motivation of all her peers constantly patronizing her and thinking she can’t because of her gender and their usual place elsewhere in the community. Naru and her trusty dog strafe the woodlands trying to hunt deer by tomahawk as a conquest of approval only to find strangely mutilated cadavers created in a fashion they’ve never seen before.

Naru’s sole supporter is her brother and hunting partner Taabe (newcomer Dakota Beavers). Through victories of survival and animal trophies, he has ascended to the rank of war chief. His best advice to her is a line-in-the-sand adage expressed as statement, “This is as far as you go. No more. This is it.” That valiant strength is put to the ultimate test when they and their hunting mates learn they are hunting a 6’ 9” behemoth that is, true its origins, actually hunting them.

Let’s pause for a moment to address a minor elephant in the room. Cynics (including a piece of my own jaded heart when it comes to this series) may sit here 35 years after Predator and its losing streak of crappy sequels to ask what new opponent could possibly give a Predator a run for its money besides fantastical acid-dripping Xenomorphs. It’s a fair question when you look across the cinematic combat zone in Prey as see a woman and a little pack of early 18th century Native Americans dressed in leather skivvies and running around with bows, arrows, stone blades, and no firearms.

Rolling with the technologically swagger of spaceships, invisibility, and thermal vision always felt a little bit like cheating. I know it looks cool for the movies, but it’s become too much and overplayed at this point. On paper, these Predator movies should be over in ten minutes with a bloody platter of human spines that look like a pile of the discarded baby back rib bones from a hot night at Famous Dave’s.

LESSON #2: DETERMINATION WINS– The answer to that competitive wonder is the “no more” determination mentioned earlier that is reinforced with the well-worn franchise line (cleverly repeated here) of “If it bleeds, we can kill it.” Prey certainly sprays the crimson every chance it gets. Even so, the screenwriters did not skimp on the psychological. Naru and Taabe catch on to an unspoken rule of engagement where one cannot be hunted if you’re not seen as a threat. That becomes the proverbial weeds the two lay in to hide and strategize themselves. It sure beats the usual arrogance of misinterpreted muscle and sheer firepower.

LESSON #3: MULTIPLY YOUR PERIL– The ingredients that Prey employs to revitalize that aforementioned visceral edge are simpler than you think. The first two are the mood-setters of setting and score. Enveloping itself in the conifers and rugged grasslands of the Kananaskis region of Alberta, Prey matched and captured the effect of exotic vastness the Mexican jungle provided the original Predator. Having the element of man vs. nature imposed alongside the single physical hunting threat remains a multiplier of proper peril.

Orphan cinematographer Jeff Cutter shot the sugar-honey-iced tea out of this rustic setting where not a millisecond of Prey looks like a dressed soundstage. His shot selections orchestrated by Trachtenberg absorbed the imposing Canadian natural light, from fog-filtered sunlight to the limits of flickering fire at night, and moved within angles that locked viewers into the many chases and confrontations. Up-and-coming composer Sarah Schachner (The Lazarus Effect) stayed away from the excellent, yet overplayed, old cues of Alan Silvestri and wove her own ethereal and haunting score emphasizing strings and her own mix of percussion sources. Her work stands already as one of the best film scores of the year.

LESSON #4: LEANER EQUALS MEANER– The final two restored core components that give Predator its claws back are characters and combat choices. In that regard, the easiest fix was reducing numbers. Prey trades in the overstuffed ensembles from 2010’s Predators, 2018’s The Predator, and the two Alien “versus” movies for a solitary alien warrior and essentially a sibling pair of Cherokee protagonists. Armored by stellar costume work from Javier Arietta (Army of the Dead) and enhanced by Ryan Cook’s visual effects, basketball player-turned-actor Dane DiLiegro’s screeching stalker is all this movie needs to be dangerous.

Furthermore, casting not just unknowns, but actors with genuine Native American heritage, put performances before stature. The result is immersive authenticity (the film can viewed on Hulu in English or a recommended all-Cherokee dub) and earned opportunity. Hollywood casting agents need to add Amber Midthunder and Dakota Beavers to their short lists for more roles, regardless of their base ethnicity. The two seized this chance and succeeded with determined rigor and spellbinding courage matching that of their characters. We’ll take these intense heroics to manly jokes and quips any day of the week.

Lastly, it’s all about the embattled scenarios our characters occupy in Prey. Folks are coming to Hulu (huge bummer it’s not the big screen instead) for the kills. Prey’s eye-opening shock factor and violent creativity are not lacking whatsoever. However, it’s their efficient incisiveness this time around that stands out. The gory victories on display are not moments of geeked-out excessive celebration as if they were accompanied by a choreographed NFL touchdown dance or a WWE crowd-baiting pop of verbal zingers. No one is stopping to telegraph for the audience how cool something is supposed to look. It’s all just is cool on its own.

Applauding with a Ron Offerman GIF, go ahead as say “This guy gets it” for director Dan Trachtenberg. After the twisted nerve of 10 Cloverfield Lane, this is now the second franchise he has improved with his specialty for sharpening that ludicrous. Simply put, after just two features, this man is quickly becoming one of the best directors around who can combine atmospheric suspense with the right bursts of action.

One can only dream what could have been if Trachtenberg didn’t exit Uncharted three years ago, but maybe we wouldn’t have gotten Prey. Let’s hope the powers that be at the Disney-controlled 20th Century Studios don’t make the same mistake the Cloverfield franchise at Paramount did by letting Trachtenberg go. Screw Shane Black. The Predator franchise has found its steward and its new edge. Lock this man in and let him hopscotch history for more thrilling encounters. 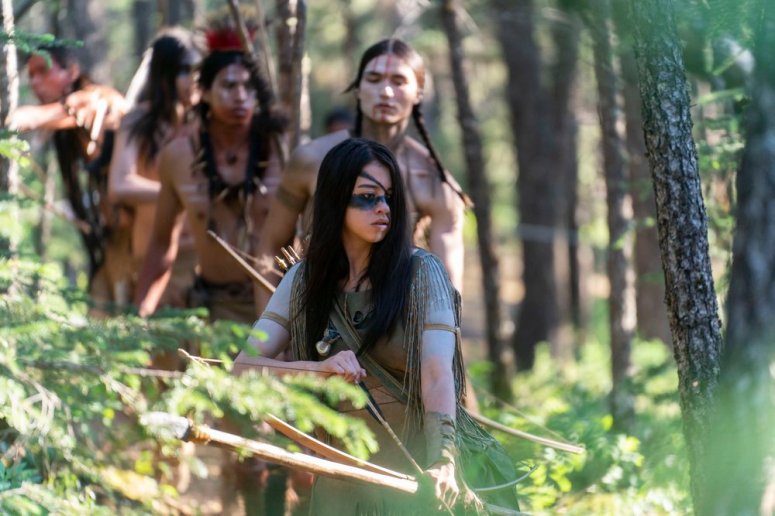 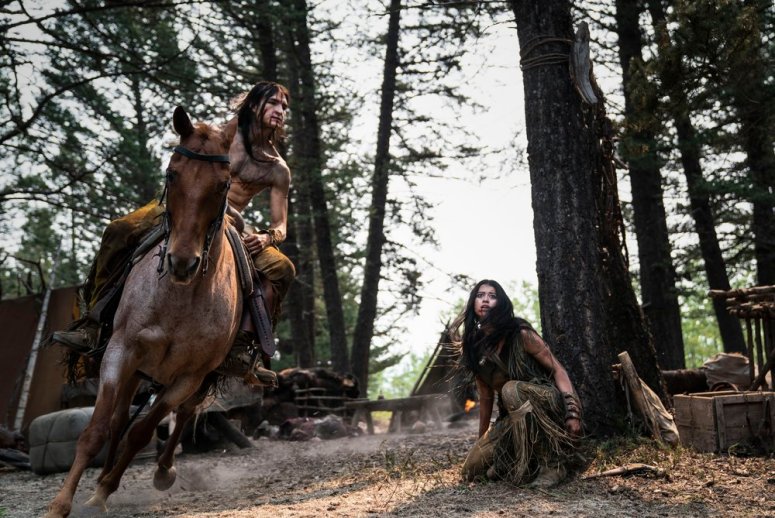 from Review Blog https://ift.tt/xksfCUJ
via IFTTT