By George Bate, Josh Reilly B., and Julie Catherine

Obi-Wan Kenobi has sadly came to an end, but it leaves fans with so many beautiful memories and moments. Here’s an episode-by-episode breakdown of some of the Easter eggs, references, and trivia facts in the Disney+ series.

The Jedi in the Order 66 flashback is named Master Minas Velti, a new character played by stunt performer Ming Qiu, who worked on The Mandalorian and The Book of Boba Fett.

The Grand Inquisitor, the main villain from Star Wars Rebels Season 1, makes his live-action debut in Part I. He is played by Rupert Friend.

The Jedi on the run at the beginning of Part I is played by Benny Safdie, who has directed films like Uncut Gems and Good Time with his brother Joshua.

The Fifth Brother, who previously appeared in Star Wars Rebels, is played by Sung Kang. Kang is best known for his role in the Fast and Furious franchise as Han Seoul-Oh, a play-on-words of Han Solo.

Obi-Wan has several flashbacks to the traumatic events of the prequels.

Leia speculates that the starships she sees on Alderaan could belong to Merson pirates and Aquillian rangers. These are references to early Star Wars comics and an unproduced draft of the Original Trilogy.

Leia’s outfit resembles her outfit in The Empire Strikes Back.

Bail Organa says he once had aspirations to chase purrgil, the space whales that appeared in Star Wars Rebels.

Vect Nokru, the leader of the gang that kidnaps Leia, is played by Flea, the bassist for the Red Hot Chili Peppers and Marty’s nemesis Needles in the Back to the Future movies.

One of the mercenaries who kidnaps Leia is a Falleen, the species introduced in Shadows of the Empire with Prince Xizor.

Obi-Wan digging up his and Anakin’s old lightsabers are an inverse of Rey’s burial of the Skywalker blade in The Rise of Skywalker.

Dave Filoni receives a Special Thanks in the credits. 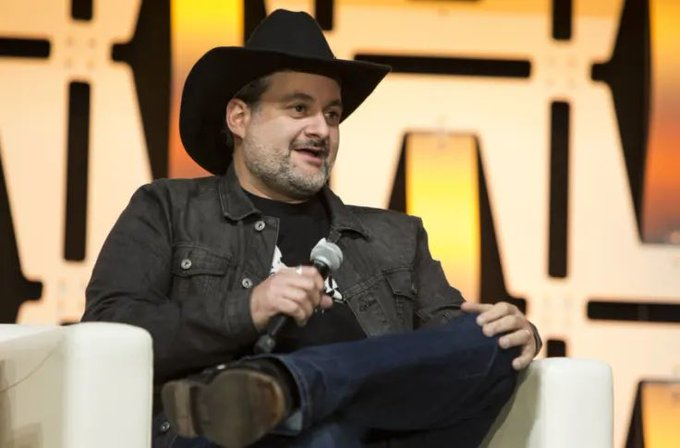 Leia’s outfits continue to mirror what she wears later on in the original trilogy.

Fans at first thought this bounty hunter was 4-LOM, who first appeared in The Empire Strikes Back. Instead, the character is a new bounty hunter named 1-JAC.

The miner on Mapuzo in Obi-Wan Kenobi named Freck is played by Zach Braff, who is best known for his role as JD in Scrubs.

Obi-Wan mentions that he had a brother. In an early screenplay of Return of the Jedi, Owen Lars was revealed to be Obi-Wan’s biological brother.

A strand of Leia’s hair falls and looks somewhat like a Padawan braid.

Leia asks Ben, “You knew her, my real mother, didn’t you?” Obi-Wan had many interactions with Padme in the prequel trilogy era.

Indira Varma, who plays Tala, played Ellaria Sand in Game of Thrones. In that show, she appeared alongside The Mandalorian himself Pedro Pascal.

The graffiti inside the safe house in Part III of Obi-Wan makes several Jedi from Legends canon, including Valin Halcyon, Roganda Ismaren, and Djinn Altis.

Obi-Wan mentions the name “Quinlan” as having writing on the wall in The Path’s base. Quinlan Vos was a Jedi who went to the dark side, but was defended by Obi-Wan when he returned to the Jedi Order.

Hayden Christensen makes his return as Darth Vader in Part III. The actor put on 25-30 pounds to play the Dark Lord of the Sith in Obi-Wan Kenobi.

Darth Vader’s castle on Mustafar appears in Part III. This ominous setting was also present in Rogue One and in various Vader comics.

Kawlan Rowken, played by O’Shea Jackson Jr., address Obi-Wan as ‘General.’ This is a callback to how he was addressed by Clone Troopers during the Clone Wars.

Obi-Wan’s discovery of the tomb of Jedi in Fortress Inquisitorius is reminiscent of similar visuals in The Rise of Skywalker, The Mandalorian, and The Bad Batch. Is this just evidence of the Empire’s propensity to display people in creepy vats, or could all of these be connected somehow…? Also, one of the Jedi Obi-Wan sees here is none other than Tera Sinube from The Clone Wars. Tragic.

Lights off, lights on. Obi-Wan’s takedown of the Stormtroopers guarding Leia resembles Ahsoka’s introduction in The Mandalorian.

In these flashbacks, audiences are reintroduced to Anakin as he assumes his famous Skywalker pose.

The flashbacks also show Revenge of the Sith-era Anakin’s attack on the Jedi Temple from a different angle.

Tala’s sacrifice is reminiscent of various characters’ heroic deaths in Rogue One: A Star Wars Story.

Vader’s effortless takedown of an escaping cruiser resembles his grandson Kylo Ren’s similar move in The Rise of Skywalker.

Obi-Wan assumes his iconic fighting stance in the season finale. This is known as Form III or Soresu.

Before their fight, Obi-Wan says to Anakin, “I will do what I must.” Vader replies, “Then you will die.” This dialogue is taken from Revenge of the Sith, except Anakin’s response was, “You will try” in that film.

At one point during their fight, Vader sends Obi-Wan down a massive pit and thus claims the high ground. The infamous, “It’s over, Anakin! I have the ground” line from Revenge of the Sith isn’t said explicitly, but the reference is clear.

Obi-Wan throws rocks at Vader using the Force. In The Last Jedi, Rey talks about the Force being a power to lift rocks and later lifts rocks to save her friends on Crait.

Vader’s injury to the left side of his head can be seen at the end of Return of the Jedi when he is unmasked.

A saddened Obi-Wan looks upon Anakin / Vader and says, “Then my friend is truly dead.” Luke says something similar in, “Then my father is truly dead” in Return of the Jedi.

Young Luke tells his uncle Owen, “I’m not afraid.” This is the same response he gave to Yoda in The Empire Strikes Back when discussing the threat of Darth Vader.

After teasing an appearance at Star Wars Celebration last month, Ian McDiarmid reprised his role as the villainous Emperor Palpatine in the season finale. season finale. Fitting with canon well, the Emperor’s look resembles his appearance in Return of the Jedi. In this scene, Palpatine says, “I wonder if your thoughts are clear on this,” which resembles what Palpatine said to Vader aboard the Death Star in Return of the Jedi.

John Williams’ incredible Princess Leia theme plays for the first time when Ben talks about Anakin and Padme to their daughter.

Obi-Wan’s look at the end of the episode is his exact look from Marvel’s Star Wars comics.

He had to say it, didn’t he? What better way for Ewan McGregor’s Ben Kenobi to greet young Luke Skywalker than, “Hello there.”

The rock formation Obi-Wan rides into at the end of the episode is Beggar’s Canyon. This is where part of the Boonta Eva Classic podrace was held in The Phantom Menace. In A New Hope, Luke mentions hunting womp rats in Beggar’s Canyon. And Mando tries out his Naboo starfighter in Beggar’s Canyon in The Book of Boba Fett.