There is a tremendous dichotomy of thought and talk amid Pixar’s Lightyear. Within the movie, we are granted a dramatic hero truer than the memorable action figure caricature we have come to cherish playing alongside other toys. This beefier Buzz Lightyear may still be narrating to himself, but his talk expresses strong emotions and virtuous desires more than push-button quips. He is his own man, not a packaged program of settings and market research.

The same division can be pressed against the external event itself. From the surface, Lightyear was initially marketed as a vague origin story that did not seem to fit where this character and world began or where small-screen cartoon spin-offs took him since. Swapping pixels of a manufactured plastic for richer digital sinew, heart, and guts, the intent behind this Lightyear is presented up front in one of the simplest and most effective uses of pre-credit text in this or any world:

In 1995, Andy got a toy for his birthday. It was from his favorite movie. This is that movie.

Bam! Those three sentences couldn’t frame or sell Lightyear any better, putting all false sequel doubts and cash-grab naysayers to rest. It makes you wonder why Disney/Pixar didn’t just lead with that stance in the first place because it changes every advertised presumption. Moreover, that kind of introduction immediately evokes each audience member to ponder their own former cinematic childhood obsession.

LESSON #1: WHAT WAS YOUR FAVORITE MOVIE AS A KID?— Over in the Toy Story movies, we’ve seen Andy taking his Buzz Lightyear action figure and running around his home putting it through imaginative adventures. What dolls or action figures were strewn across your home? Were you making your own masks or stuffing towels or blankets in the back of your shirt to be a caped superhero? Were you turning sticks, dowel rods, or gift wrap tubes into lightsabers or swords? Lightyear will show you why Andy was enamored with his movie of choice and make you remember which one did that to you too back when you were a kid.

Without a speck of cumulus cloud wallpaper in sight, the spirit of a child’s favorite film is precisely the type of amplified extravaganza coming your way. If you thought the best big screen Buzz Lightyear-centered action you would ever get would be the opening of Toy Story 2 in 1999, heavens to Betsy, you ain’t seen nothing yet! Maybe you or your own children will join Andy 27 years later in DIY-ing your own Space Ranger get-ups after this phenomenal adventure.

Flying through the galaxy 4.2 million light-years away from Earth, Buzz Lightyear (voiced by Chris Evans) and his trusted partner Alisha Hawthorne (voiced by Orange is the New Black Emmy winner Uzo Aduba) head the Space Ranger team escorting a colony ship to their destination. An unfortunate encounter investigating alien plant life on a remote planet damages the transport’s light speed fuel source. This predicament strands the entire crew on this hostile rock to circle the wagons and defend themselves until they can scrounge or manufacture a replacement fuel supply.

LESSON #2: VOCALIZE YOUR INTENTIONS– True to the action figure, Buzz loves to flip open that communicator arm gauntlet to record mission logs, even in the heat of the moment. He likes to say, “Narrating helps me focus.” He’s not wrong to where vocalizing one’s intentions helps turn them into reality. Later in the film, he is assigned a hilarious robotic cat named Sox (voiced by Pixar vet Peter Sohn) as conversational sounding board for the same problem-solving dialogue.  If you can say it, you can better accomplish it. Doing so turns words into will, and our titular Space Ranger, now flanked by this ferrous feline, has the latter in spades.

LESSON #3: CARRYING TOO MUCH PERSONAL PRESSURE– In many semi-macho ways, Buzz has too much of that will and resolve. After all, it was his hubris of trying to do too much himself and not utilizing teamwork that marooned the whole ship on this planet in the first place. With an obsession to correct that mistake, Buzz’s altruism grows off the charts and is pumped up further by all of the “we’re all counting on you” hopes and wishes of his peers.

The new mission tasked to the Space Rangers is to test new fuel formulas and spacecraft to see which designs will achieve and maintain light speed through a harrowing sun-circling slingshot course. Undaunted, even against changing faces of command and the relevancy of the Space Rangers, Buzz keeps going through test after test and ship after ship determined to complete the mission that promises to save his people. Each failure and growing loss of years compounds the aforementioned personal pressure.

After one trip too many, albeit the one that finally discovers the viable new fuel formula, Buzz Lightyear returns to find the colony base under siege from a massive orbiting control ship and surrounding robots that only speak the word “Zurg.” Looking to rescue the main facility, Buzz partners with the trainee Izzy (voiced by Emmy winner Keke Palmer) and her rag-tag cadre of fellow lower-than-rookie outpost rejects to hatch an ambitious plan and save the day.

Orbiting these quickened high stakes, the theatrical presentation of Lightyear is a dynamo of sight and sound. Visual effects supervisor Jane Yen streaks the screen with a rainbow of electric wonder and metallic surfaces. Trading in Randy Newman’s folksy ditties for sleeker suspense, Pixar’s Oscar-winning and go-to maestro Michael Giacchino rouses the ears with a full-bodied score where every bowed string, struck bell, and blared horn enhances the gallantry on display. Go big and go loud to absorb this movie in its peak form.

LESSON #3: MAKE ROOM FOR MISTAKES– Even with the usual Pixar penchant for a sprint-to-a-finish plot of swerves and MacGuffins, the story editors and screenwriters of Lightyear have gilded this otherworldly swashbuckler to be about, once again, the polarity of thought and talk. This final life lesson for Buzz is painfully obvious. He needs to accept the foibles of others, but not before he allows for and forgives his own. That constructive psychological journey is embedded in this pursuit and is not an automatic flipped switch or instantly earned prize. A proud hero must change his staunch beliefs as well as his powerful words to feel and speak the honest truths clouded by the over-commitment to duty.

By casting Chris Evans over the original Tim Allen, Lightyear further separates the portrayal of its title character as a tangible and mortal matinee idol versus that of a satirical toy. The Marvel Cinematic Universe dreamboat is not here to read off a repetitive list of catchphrases or break into a romantic tango in Spanish. Evans wholly makes the part his own by conveying an intensified yet pleasing level of cosmic nobility with a sterling vocal performance of strength and compassion. The supporting cast of Palmer, Sohn, Taika Waititi, Dale Soules, Mary McDonald-Lewis, and Efren Ramirez all add disarming spunk to massage the seriousness from the stud in command. The signature “Pixar Punch” may be slight, but the vigor of it all is alive and well.

Examining the whole of Lightyear, one could see the fine-lined boundaries where the brain trust could have veered this jaunt in different and more self-serving directions of meta connections. If Lightyear is indeed a movie from the 1995 era, this film could have styled itself in 90s-era action gaudiness (think Last Action Hero) rather than 2022’s polish or went a step further to name the “actors” playing Buzz, Alisha, Izzy, and others as a true movie-within-a-movie. Ever the insatiable cameo-dropper, Disney/Pixar could have added a framing device of the Andy, Woody, and the other toys for the sake of dangling popular familiarity for their biggest devotees.

Be glad director Angus MacLane (Finding Dory) and the corporate bosses did not entertain those wistful and excessive temptations. Lightyear is better off burning its own engines to be taut and unique. The movie stands tall as a valuable universe expansion that certainly beats another Disney “reimagining” or unnecessary legacy sequel (yeah, I’m talking to you, Toy Story 4). For old and new Toy Story and family adventure fans alike, this is worthwhile dream fulfillment and highly exciting entertainment. 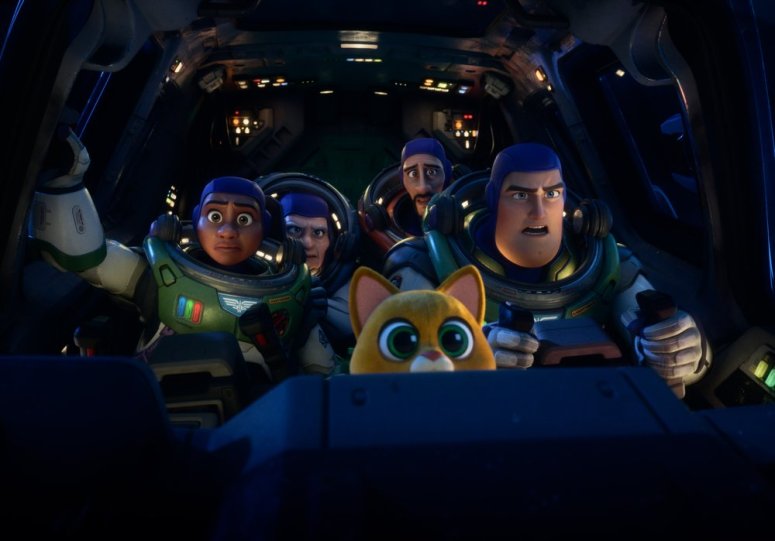 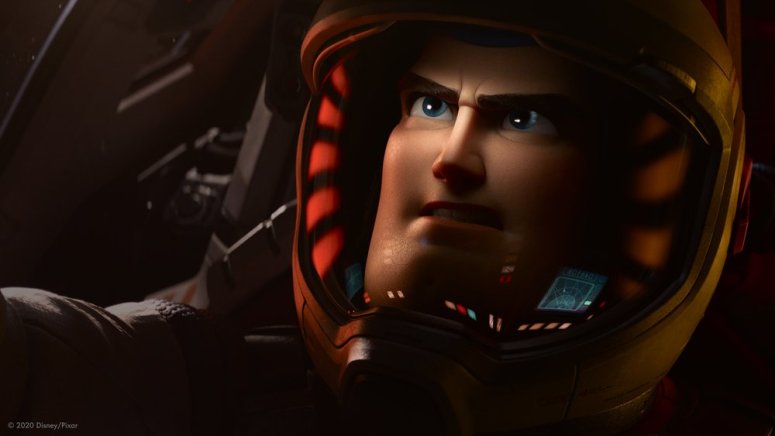 from Review Blog https://ift.tt/yNIxszh
via IFTTT