Reviewed: Being the Ricardos, Don’t Look Up
Celebrating This Month: Bradley Cooper
Sponsored by: Overcast

This week on CinemaJaw we double up on reviews and bring you our takes on Aaron Sorkin’s latest – Being the Ricardos, and Don’t Look Up starring Leo DiCaprio, Jennifer Lawrence, and a deep bench of all-stars.

Joining us is the Great Chicago documentarian, Gordon Quinn! 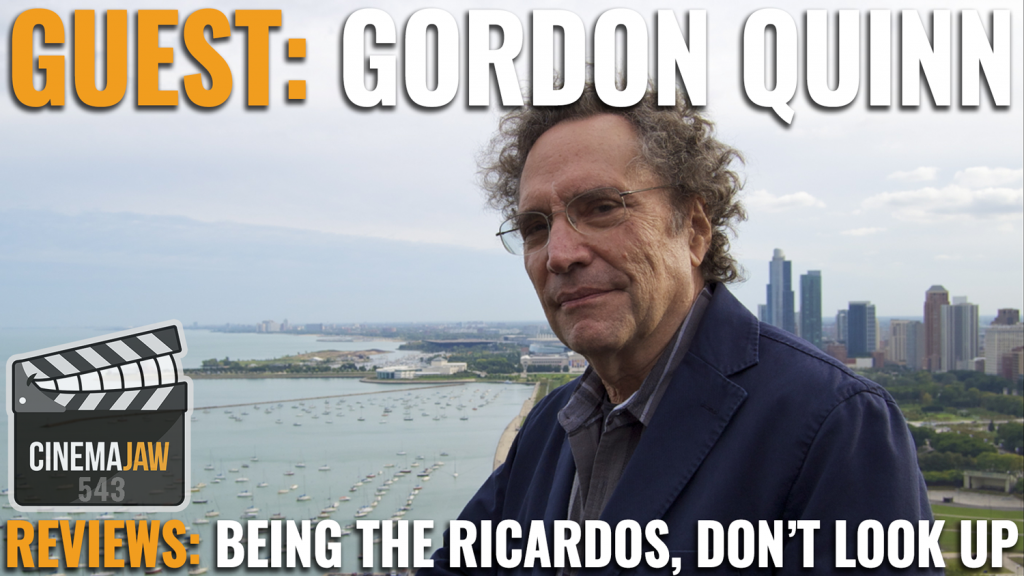 Artistic Director and founding member of Kartemquin Films, Gordon Quinn has been making documentaries for over 50 years. At Kartemquin, Gordon created a legacy that is an inspiration for young filmmakers and a home where they can make high-quality, social-issue documentaries. Kartemquin’s best-known film, Hoop Dreams (1994), executive produced by Gordon, was released theatrically to unprecedented critical acclaim.

Currently, Gordon is promoting his film For The Left Hand, the story of Norman Malone. At age 10, aspiring pianist Norman is paralyzed on his right side after being attacked by his father. Over the next several decades he masters the left-hand repertoire in secret before a chance discovery of his talent leads him toward making his concert debut. Aged 78, he will perform the greatest work in the canon: Ravel’s Piano Concerto for the Left Hand. You need to watch this inspirational movie!