Will Smith is our celebrity of the month here on CinemaJaw and he also has given us a new movie, King Richard. Hear our takes on that as well as a look at the artist formerly known as The Fresh Prince’s Top 3 Movies. Not only that, but the great Sir Kenneth Branagh has made his black & white autobiographical tale, Belfast and we pick it apart. Joining us on CinemaJaw we welcome back, a longtime friend of the show, YouTuber, and fellow Chicago Critic, Emmanuel “Eman” Noisette! 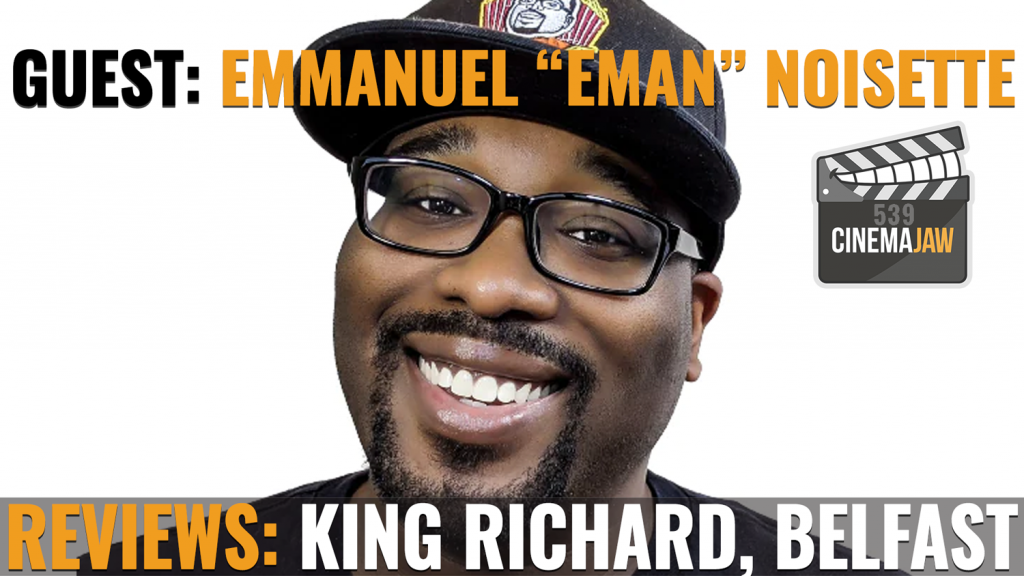 Emmanuel Noisette is a Rotten Tomatoes approved film critic and a member of the African American Film Critics Association. Emmanuel is also the Director of the Chicago Indie Critics who seek to highlight diversity in film criticism. Follow him on all the socials but especially subscribe to his awesome YouTube channel.

Driving, treadmilling, or doing the dishes, CinemaJaw is BRAND NEW!