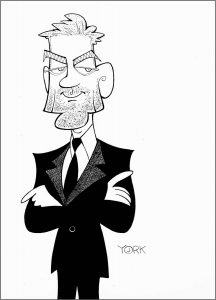 His 1989 take on William Shakespeare’s HENRY V was one of the most auspicious debuts of any director/actor/writer ever. He aced the direction of THOR, the trickiest adaptation in the first series of MCU films. The UK superstar showed how Disney cartoons should be adapted to live-action with his sublime version of CINDERELLA in 2015, a lesson few other directors learned from. And Branagh has won many awards for playing detectives, kings, Nazis, American presidents, and even a J.K. Rowling wizard too.

Now, with his biographical period piece BELFAST, he may have hit the zenith of his career. And he’s only 60.

BELFAST is a love letter to the city and his childhood growing up in Ireland, even though the time that Branagh focuses on is the turbulent 1969-1970 years when the industrial city became known the world over for its sectarian conflict between its Catholic and Protestant populations. In a nutshell, that is what makes his film so special and a standout in this film year. It’s a warm and embraceable story about family through the gaze of earnest and innocent Buddy (Jude Hill), the 10-year-old stand-in for Branagh, but it’s also a shrewd depiction of war, prejudice, and the fight for civil rights. The fact that Branagh can cleverly juxtapose the boy’s first crush, love of comics, and childhood silliness against terrorism, car bombs, and lockdowns is a substantial filmmaking triumph.

Throughout the film, you feel the confidence of Branagh’s artistry. He takes chances by shooting in black and white, he boldly infuses cheeky wit into the mix at even the darkest moments, and he portrays his parents as three-dimensional characters: flawed, frightened, loving, even sexual. Yet, Branagh does it with a slyness that feels right, even when he’s showing off some ‘movie-movie‘ schtick by injecting color into the film via clips of CHITTY CHITTY BANG BANG at the local bijou. It works, spectacularly, as he is literally showing off the transformative power of the movies.

It’s in such celebrations that we’re keenly reminded that this is a very personal story. Yes, it’s about Belfast, but it’s as much about Branagh discovering art in his youth. And his love of musicals is evidenced too when he showcases his crusty grandfather (Ciaran Hinds) advising him on how to court a cute girl in class. Gramps gently croons the show tune “How to Handle a Woman” from the Broadway musical CAMELOT.

Still, most of the story here is utterly universal, not to mention palpable. It doesn’t shirk away from showing the terrorism that was part of his childhood too. In BELFAST, violence often explodes on the street without any warning and one cannot help but be reminded of how little has changed in 50 years, with such terrorism plaguing our nation today to the point that grade-schoolers practice drills in case a shooter threatens their classrooms. Other parallels to our modern times occur when the family must stay inside at night during lockdowns to avoid danger in the streets or deal with civil unrest turning neighbor against neighbor. This may be a period piece, but like any such film, it’s about today as well.

Branagh has always been an expert with actors too and he gets terrific performances from his cast across the board. Jamie Dornan is wonderfully warm and witty as Buddy’s “Pa.” Judi Dench turns Buddy’s stoic grandmother into a delicate portrait of dignity. And Hinds is equal parts salt and sentimentality in his graceful performance.

Caitriona Balfe might be the Best Supporting Actress frontrunner for her showcase performance as the mother holding the family together while her husband works in London for weeks at a time. Balfe is marvelous in a role that requires her to run the emotional gamut – she’s fierce, funny, sexy, and heartbreaking. And awards don’t usually recognize child actors in lead roles, but Hill’s work here is some of the best film acting of the year – period.

The cinematography by Haris Zambarloukos is gorgeous and may remind you of ROMA, as do many aspects of the film, but Branagh’s film is more accessible and relatable than that similar period piece. It helps that his characters have so much to say, and he knows how to write banter that delights. And Branagh doesn’t overdo the greatest hits of the 60s on the soundtrack. He favors Irishman Van Morrison most of the time and his songs fit perfectly.

Some may think that the film pulls its punches by not showing more of the terrorist devastation of the time, but Branagh is clearly more interested in building dread than showing blood. And even as this family battles to stay alive during civil unrest, lockdowns, economic despair, and food shortages, their pluck in facing it all makes for one of the most inspiring stories on screen this year. Bravo, Mr. Branagh.

from The Establishing Shot https://ift.tt/30net28
via IFTTT