CHICAGO – There’s no way around it, horror is one of the most difficult film genres to work within. It constantly needs to be evolving in order to keep up with the ever-growing terror that is living in the 21st century.

In a time where you can get taken out by a plague, or simply get shot based on the color of your skin, horror draws the short straw in that it has to come up with something much scarier than real life. For some filmmakers, like Jordan Peele, that means crafting something that plays off of those real-world fears. For others, like David Gordon Green, it takes the shape of better defining a known monster in man’s clothing.

Halloween Kills continues right after the events of the previous film. There’s a cookout happening and Michael Myers is what was supposed to be on the menu, but at this point, we should know better than to think a house fire could take him out. Aside from a little damage to his outstretched William Shatner mask, Myers, AKA The Shape (which I will be referring to him as since it sounds much cooler), makes his way back through Haddonfield, stopping for a couple of murders along the way. Meanwhile, the Strode women take matriarch and consummate survivor Laurie to the hospital to tend to her severe wound, while also waiting for retaliation from The Shape. That’s when we get our first update to the lore and one of the best surprises in the franchise. 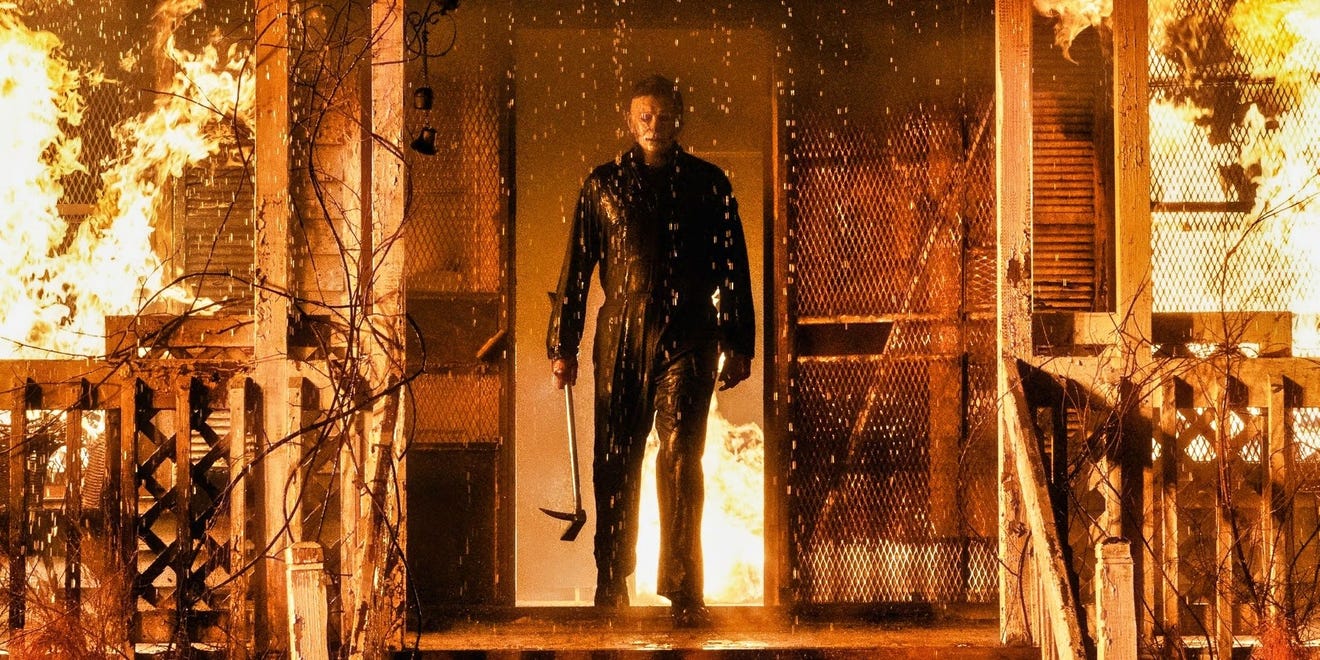 from HollywoodChicago.com: The Everything Entertainment Destination https://ift.tt/3n2PVTx
via IFTTT