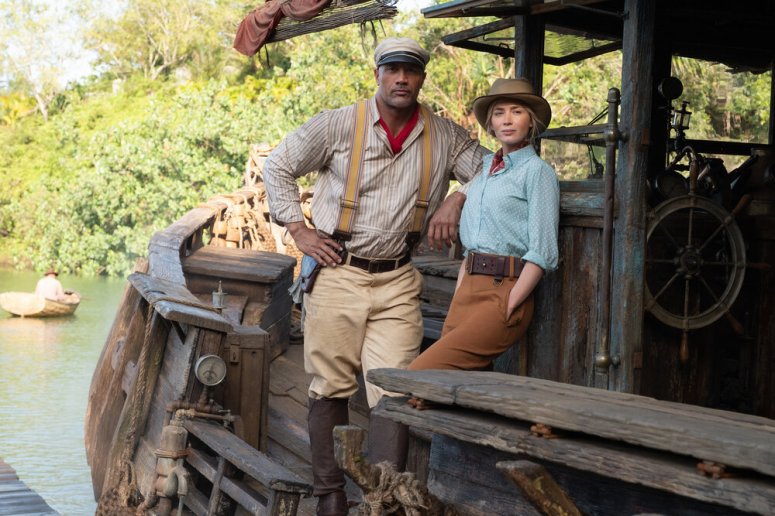 Seeing the throwback characteristics of Jaume Collet-Serra’s Jungle Cruise, folks are quickly applying the “swashbuckler” label, calling upon the good juju of Michael Curtiz, George Lucas, Stephen Sommers, and Gore Verbinski that came before him. That understandable descriptor fits a bit like a slightly oversized hat. The chapeau in question is certainly stylish and attention-getting, but the head underneath doesn’t quite have the full bluster to fit the look the definition calls for. Might I say, that’s a bit surprising considering the presence of headliner Dwayne Johnson.

LESSON #1: THE DEFINITION OF “DERRING-DO”— Instead, I’ll offer “derring-do” as a better old school term for Jungle Cruise. That pulpy concept speaks more on the actions having the “quality of being bold, often in a showy or foolish way” than traits of the people themselves. Without full swashbuckling characters, derring-do is the wheelhouse of Jungle Cruise, because the movie has it going on in spades.

Jungle Cruise opens its frayed storybook and dusty atlas to tell the tale of a failed 16th century quest of Spanish conquistadors, led by Edgar Ramirez’s Aguirre, to seek the fabled healing properties of the “Tree of Life” deep in the Amazon basin. Fast-forward three-and-a-half centuries to 1916 during the increasing pressure of World War I and that haunting “legend born in truth” still fascinates scientists and power-seekers, including the brother-sister team of McGregor and Dr. Lily Houghton (Jack Whitehall and co-headliner Emily Blunt) and the maniacal German nobleman Prince Joachim (Jesse Plemons). Both parties seek an arrowhead artifact that holds the key to locating and unlocking the hidden phenomenon.

With the arrowhead snatched from Joachim and a London museum by Lily, the chase crosses the Atlantic to the famed raging river. Scouting for any help they can, the Houghtons enlist the burly Captain Frank Wolff (Johnson), a broke skipper known for swindling rich tourists with manufactured perils, to pilot them towards their targeted wonders. Prince Joachim is hot on their heels with a submarine of superior speed and firepower. All the while, Aguirre and his fellow warriors have been resurrected to continue their eternal search for their magical prize and plunder.

LESSON #2: IF YOU BELIEVE IN LEGENDS, YOU SHOULD BELIEVE IN CURSES TOO— Jungle Cruise is not shy about fashioning itself as a spooky Saturday afternoon or evening bedtime story filled with mythological gobbledygook that can run a little head-scratching and long-winded, especially for a movie swelled beyond two hours. The big archaeological MacGuffin is satisfyingly grand when it arrives, but the dangers along the way have their frightful spin. In a cautionary note to potential parents screening this movie for younger children, the violence and the special effects-enhanced elemental curses of reptilian, insectile, and earthly natures riddling the undead conquistadors earns the film’s PG-13 rating.

Through every splash and crash, Jungle Cruise dials up and dresses up a heap of that celebrated derring-do. Stunt coordinator and fight coordinator Allan Poppleton, making his sixth movie starring Dwayne Johnson, stages exciting brawls captured on what feels like graceful trapeze camerawork from The Shallows cinematographer Flavio Martinez Labiano. Even if most is likely imagined more than constructed, the production design work from Jean-Vincent Puzos (quite familiar with this tropical realm after The Lost City of Z) creates a tremendous atmosphere. The best adventure component of all is a big, brassy score from composer James Newton Howard that channels the echoes of Jerry Goldsmith and hits all the trumpeting highs.

The conceptual bones of Jungle Cruise have been fleshed out nicely for a grand Disney blockbuster. The screenplay comes from the Focus and Crazy, Stupid, Love. directing team of Glenn Ficarro and John Requa with a polishing assist from Logan Oscar nominee Michael Green. That collection of proven creative talent injects enough charisma around the algorithms that call for a cardio-challenging timeline of required thrills and spills.

Even short of full swashbuckler-level flamboyance, the inspired casting squeezes the cleverness from the script. Jesse Plemons pushes the right eccentric buttons to give his haughty heel menace that is still squarely cartoonish. His fiendishness is far greater than the physical threat attempted by Edgar Ramirez growling under effects and makeup and the extended cameo from Paul Giamatti as Frank’s overseer. In what should shock no one after Game Night, Plemons steals yet another movie.

That’s not all the thievery. This is also where Emily Blunt (and her stunt double Lauren Shaw) shows the big man (and his stunt double Tanoai Reed) up. In this gender-role-shattering riff, Lily’s “Pants” is the impulsive go-getter courageously leaping into all the trouble while Johnson’s “Skippy” cools down some of his usual swagger to play more noble than macho. Normally, he’s the tornado, so it’s delightful to see Blunt get more of that wind. Their combined competitive and romantic dynamic becomes endlessly appealing.

LESSON #3: YOUR IDEA OF A JOKE— Look, Jungle Cruise knows exactly what it is, much like the brand of comedy coming from Dwayne’s skipper that’s called out by Blunt’s pragmatic presence. The jokes are corny, the hijinks aim for hilarity, and the spectacle is large. Like its theme park inspiration and Pirates of the Caribbean walking so this movie could run, Jungle Cruise is meant to be a ride that puts a smile on your face, and it sure is a zippy one. That’s right where it’s supposed to be. 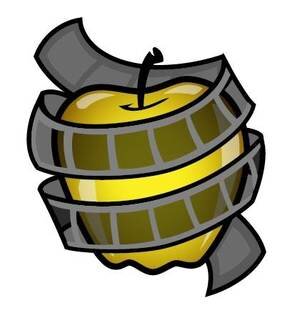 from Review Blog – Every Movie Has a Lesson https://ift.tt/2USgRv2
via IFTTT