In the final scene of David Oyelowo’s directorial debut The Water Man, a teenage son looks to his father and asks him a purposeful question: “Would you want a short life with someone you love or a long life without that someone?” The teenager asking isn’t clueless anymore to life’s finality. He doesn’t need to be coaxed into an answer by the parent. He knows his heart now and his chosen preference. When his father offers his matching answer, that agreement is a spiritual bond of shared experience bigger than any academic or religious indoctrination.

Before this review even goes further, how would you answer that finishing question of The Water Man? If you’re a parent, how would your own kids answer? What informs your answer as the adult and what informs that opinion of your children? Was your preferred belief of your own making or something you were told to follow long ago?

LESSON #1: TALKING WITH TEENS INSTEAD OF “AT” THEM— The evolved point of view and maturing growth that comes in the journey of The Water Man before this above conclusion is one of the film’s biggest strengths. While woven with allegorical fantasy, the movie speaks to and with teens, not “at” them. It doesn’t tell them what to do or believe. There’s not a cartoon sidekick or proxy of prescribed wisdom filling in defining exposition and selective interpretation. Instead, The Water Man’s brand of fable guides the young adults present through their own raw and fallible steps of understanding, knowing that self-discovery can be a genuine part of how they will reach their catharsis.

That’s a sample of the welcome, sympathetic depth of The Water Man. So few fantasy films nowadays handle difficult questions like that one. Escapism for this demographic sells, no doubt, but internal odysseys will always have their place and merit. The Water Man, while destroying far fewer warehouses of Kleenex to reach its pinnacle, joins A Monster Calls and I Kill Giants as a trilogy of valuable discourses for bridging teens and adults together to engage with current and impending despair they may feel in their lives.

The setting of The Water Man is rural Oregon where Amos Boone (Oyelowo, calling his own number) has relocated his family for a new job that will have him travel less overseas than the ex-Navy man did before. Consideration is given to how his artistically-minded teen son Gunner (Lonnie Chavis of This Is Us) is transitioning, but even greater care is required for his comely mother Mary (a wonderful turn for Rosario Dawson) suffering from leukemia. With his nose stuck in books provided by the local book store clerk (David’s wife Jessica Oyelowo), Gunner’s outlet and means of expression is creating his own detective story graphic novels while scootering around his new town.

Amos and Mary have chosen to shield Gunner from most of the ugly routines and realities of her condition. Whenever Gunner veers too close to figuring something out, Amos is hard on him, both as the secondary parent who has been absent too long from knowing his son and as a tough man who thinks the frightened Gunner has to shed sensitivity. Gunner’s naive deep dive into researching cures for leukemia has him come across the resident urban legend of “The Water Man.”

Whispered by the locals as an antiquated joke yet believed fervently by the town’s funeral home director (Alfred Molina, a nice touch), “The Water Man” can supposedly heal and extend life, something Gunner now desperately wants for his mother. He befriends the fellow teen Jo (Amiah Miller of War for the Planet of the Apes) slinging ghost stories about the mythic figure for money, and the two go on a quest into the forested wilderness, one on the brink of a wildfire, with a backpack of snacks and his dad’s samurai sword souvenir to seek out the real thing.

LESSON #2: HAVE FIRE IN YOUR CHEST AND HOPE IN YOUR EYES— The stories about “The Water Man” poetically describe these two courageous traits that go beyond mere belief. A stout heart and a confident vision are precisely what both Gunner and Jo need to thrive through their personal struggles as they approach adulthood. Some of that is a seriousness towards what you can accomplish and some of that is faith in what you can’t. Again, these are excellent branches for commentary and the two young performers, Chavis and Miller, reach that level with grit.

Folks, that short life vs. long life quiz is merely a softball to something like, “Where do we go when we die?” because The Water Man treds there too in how everyone you love will one day leave you. Listen to Rosario Dawson’s short monologue of preparedness to her son. Hear what she calls special. Hear what she doesn’t understand, especially as an adult facing her own mortality sooner than anyone would wish. Hear what she feels she and her son can do in the here and now. You can’t figure out or know the ending until you get there, much like the movie in its own way.

What unfolds is a steady and modest adventure written by Emma Needell. Cinematographer Matthew J. Lloyd (Spider-Man: Far From Home) soaks in the Ochoco National Forest terrain to keep things very natural and unvarnished. Little flourishes of balancing mechanics come out in some light visual effects and the graphic novel art created by veteran storyboard artist Dan Schaefer and animated by Chel White. Peter Baert’s electronic musical score balances that rustic vibe as well. The style is spare yet effective.

LESSON #3: SEE WHAT YOU WANT TO SEE— The Water Man breathes with the acuity of seeing people over spectacle. This chased bit of folklore and impermanence, and the miles it spans, was always meant to arrive right back to family and home where parents truly see their children and vice versa. David Oyelowo, from his own words in a director’s statement, dedicated this film to his own mother and set out to present “sacrificial love, hope and overcoming adversity.” He has admirably accomplished that and then some. We see you, David. We see you. 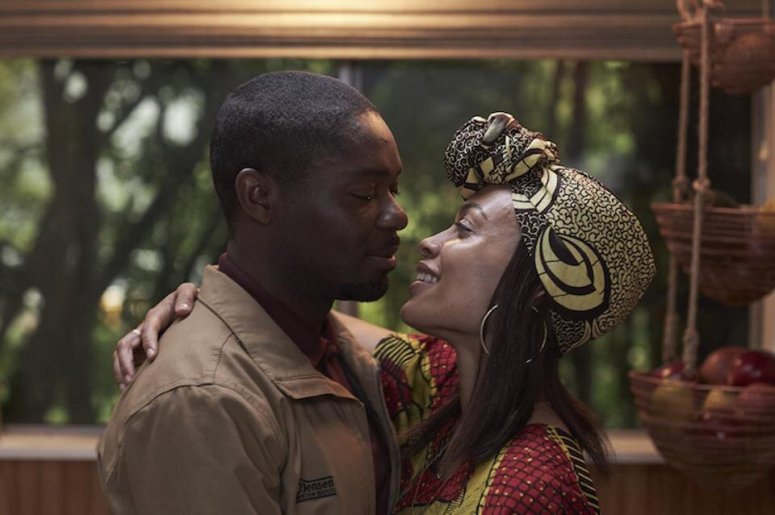 from Review Blog – Every Movie Has a Lesson https://ift.tt/3urFmff
via IFTTT