LESSON #1: THE DEFINITION OF “NOBODY”— Let’s go casual for a casual movie. When you bring the word “nobody” over to The Urban Dictionary, several results flesh out the noun. The most wide-ranging is this one:

1) To be an unknown person in reference.

2) Everyone in an unfamiliar crowd.

3) The responsible party to all unwitnessed damage occurring when only children were present.

That stack of descriptors is hilariously bleak and highly accurate, but that’s when extra users of The Urban Dictionary keep the internet alive to shine with an offshoot meaning that brags:

Well, shit. Wouldn’t we all want to be that kind of “nobody?” In Ilya Naishuller’s twisted actioner Nobody, a purposefully nondescript Bob Odenkirk plots to give as much punishment as he takes to reveal more stout speciality from that lmfao tangent than the nonexistent norm.

LESSON #2: ANSWERING “WHO THE FUCK ARE YOU?”— We meet Odenkirk as Hutch Mansell cuffed and beat up in front of two detectives as he nonchalantly lights a cigarette and opens a can of cat food to satiate a little kitten climbing out of the inner pocket of his jacket. The cops ask this lesson’s question and his answer is the movie’s duplicitous title. Yes, “who the fuck are you?” How does one answer that when you end up being the most extreme opposite of “nobody” and the indignity that goes with it?

Time spins back and we meet a cleaner Hutch with his lazy scruff and parted hair. A lightning-edited montage introduces his repetitive, common, unlucky, and emasculated lot in life as a bean-counting and lonely schlub to his realtor wife (current Wonder Woman matron Connie Nielsen) and two kids. When two burglars break into his home, he gets the drop on them only to let them go and forego potential violence. He called it “keeping the damage to a minimum.” That seemingly lack of action turns him into a coward in the eyes of his teen son (Gabe Munroe of Brotherhood).

LESSON #3: RECOGNIZING A WOLF IN SHEEP’S CLOTHING— Those circumstances and the loss of his daughter’s kitty cat bracelet breaks the monotonous composure we take Hutch to weakly be. Visiting his hospice father (the long lost Christopher Lloyd), he grabs his dad’s hidden old FBI badge and service revolver with the itching urge to right some wrongs, offering us a faint clue to who and what the fuck Nobody really is. Step by step, what at first seems like a downward spiral gets sharper and redefines who and what was really the facade.

By the time Hutch intersects some drunken Russian thugs boarding the same bus as him harassing fellow commuters, a liberating song comes on and a full “fuck it” route is chosen. With brutal melee fury, we see what the true Hutch Mansell is capable of and, oh what an eye-popping sight it is!

Our former schlub begins punching, shooting, stabbing, plotting, huffing, and puffing through an escalating network of Russian mobsters, led by trashy club owner and connected sociopath Yulian Kuznetsov (Aleksey Serebryakov of Leviathan). Bob Odenkirk puts his 53-year-old self through two years of training in the hands of stunt coordinator Dan Skene (The Grudge) and fight coordinators Daniel Bernhardt (Creed II) and Kirk A. Jenkins (The Mandalorian) to become a polo-shirted wraith of wanton violence. In between fights, Odenkirk’s graveled voice and line delivery pushes the severity of his morals and mindset to match his fists and trigger finger. He’s simply awesome and owns this movie.

Once Hutch is joined in his offensive by his pops and former partner (RZA, game for action), the urban throwdown grows larger and louder. Written by original John Wick creator Derek Kolstad and directed by Hardcore Henry’s Ilya Naishuller, the pulpy violence is reaches the right level of gaudiness to pop blood vessels and funny bones. Hiding plenty of “what will happen next” mystery, the scenarios are clever, the kills are creative, and the amusement is awesome. That’s more than enough of whatever long-dicked specialness appeases The Urban Dictionary to add another god among us in the form of Bob Odenkirk. 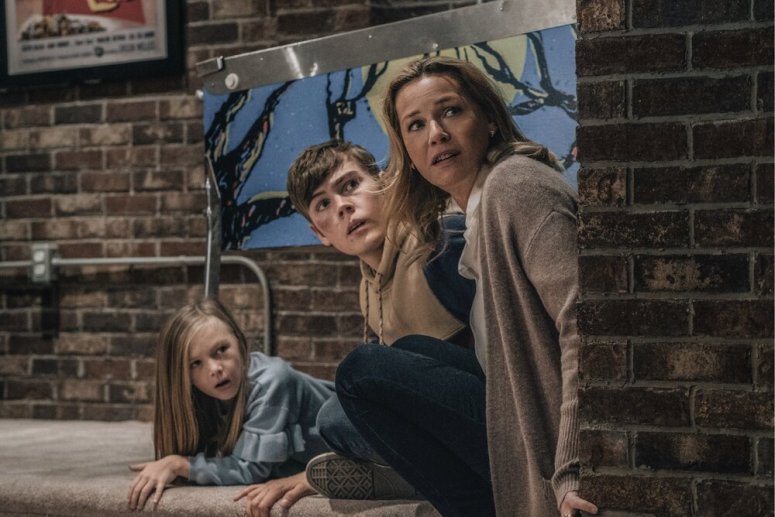 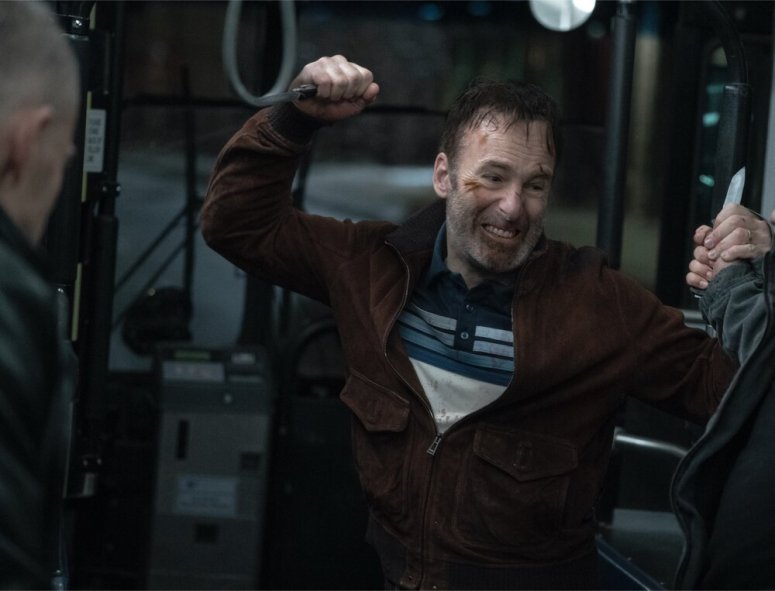 from Review Blog – Every Movie Has a Lesson https://ift.tt/3vIleqa
via IFTTT