JUDAS AND THE BLACK MESSIAH— 4 STARS

LESSON #1: LEARN THE STORY OF FRED HAMPTON— If you want to discover who former Illinois Black Panther Party Chairman Fred Hampton was and what he stood for, go straight to the source beyond Judas and the Black Messiah. Read the young man’s words and speeches. Better yet, hear those words instead. You won’t read or hear an unhinged raving lunatic. You’ll read and hear a firm, eloquent man addressing a class struggle and demanding socioeconomic equality and fairness in the matters of justice and peace. What he was pleading for was kept from him and his community by generations of racial oppression. He had a solution that united many and scared plenty others.

LESSON #2: THE DEFINITIONS OF “REVOLUTION” AND “REVOLUTIONARY”— Fred Hampton sought “international proletarian revolution” as the only substantial solution for the blue collar citizens of multiple ethnicities marginalized by the majority elite above them elected into offices and deputized to carry badges. If that meant teaching political science to combat power structures and arm themselves for defense if necessary, so be it. Eventually forming the Rainbow Coalition, Fred Hampton and the Black Panthers were active participants in this movement where politics beset by violence were at the alarming center of a strife worth fighting and dying for.

Featuring a mighty performance from Get Out star Daniel Kaluuya, Judas and the Black Messiah personifies exactly the kind of man and leader Fred Hampton was in chronicling the final year of his all-too-few 21 on this Earth. Shaka King’s film is gilded with worthy hero worship in the right places, even with inevitable tragedy looming all the while. What stings the most is also what makes the movie so spellbinding. Much of Judas and the Black Messiah is told from the point-of-view of the man most responsible for Hampton’s untimely death.

The mesmerizing Lakeith Stanfield of Sorry to Bother You and The Photography plays Bill O’Neal, a hard case who is pinched for a low-level crime and forced to become an informant for the FBI. Tasked by his handler Roy Mitchell (sublime slime from Jesse Plemons) on bigoted orders of fear from J. Edgar Hoover (a heavily made-up Martin Sheen) himself, Bill is planted to infiltrate the Chicago Black Panthers branch to find criminal causes against “The Black Messiah.” Proving his worth while hiding his double life, “Wild Bill” ascends to Hampton’s inner circle as his dutiful head of security.

LESSON #3: “IT TAKES A THIEF TO CATCH A THIEF”— This lesson is the quoted logic and the conflicted morality attached to the part of an informant. O’Neal’s path is one fraught with self-preservation, misdirection, greed, and guilt. Mitchell twists his screws in Bill with the leverage of money and comforts. Working this scheme keeps him out of prison at the price of betrayal, one that eventually cannot be so easily cajoled with cash, steaks, and scotch. Stanfield sells every bit of this dangerous difficulty and internal torment. His traitor may be the listed lead for Judas and the Black Messiah, but the man in the plotted crosshairs is the persuasive draw.

Above this hanging dramatic secrecy, the historical message and impact of Fred Hampton works to sway both characters and viewers. Shot with intriguing angles and impeccable framing by frequent Steve McQueen cinematographer Sean Bobbitt (12 Years a Slave, Widows), much is shown of Hampton’s beliefs and rhetoric in action through Kaluuya wowing crowds of one or hundreds. The 31-year-old British Oscar nominee (a tad too old to be a convincing 21-year-old) commands the screen with each speech and rallying call. Don’t be surprised if the Academy calls his name again.

The kind of loyalty Kaluuya earns from ensemble cast members that include Moonlight’s Ashton Sanders, Darrell Britt-Gibson of TV’s Barry, Detroit’s Algee Smith, and Dominique Thorne of If Beale Street Could Talk creates the more intimate moments where this precarious struggle against police mistreatment is personal as much as it is public. Composer Mark Isham’s bold score features tinges of jazz brass from trombonist Craig Harris that calm and curdle with equal effect. The loftiest and most loving presence comes from The Hate U Give’s Dominique Fishback as Deborah Johnson. As his most ardent supporter and the mother of his unborn child, she is, as Fred defines women to Bill, “not just a sister, but a sister in arms.” Fishback is power and poetry in this role.

Director Shaka King and his co-writer Will Berson, both prior specialists of television, have penned and lensed an appropriately audacious feature film debut that deserves reverence and reaction. Through it all, there is tangible grizzled inspirational force to watching the agitators humanize and refine their plight. To hell with any “product of its era talk” because this is a crusade that many will cite as ongoing today with much of the same potency. Taking much deserved latitude, Judas and the Black Messiah does not beat around a single bush with where the antagonistic blame belongs. That’s going to piss off a certain privileged demographic of people who still ironically see that side as “sewing hatred and inspiring terror” without looking in their own mirrors. To that stoked anger, say what Fred would say: “Right on.” 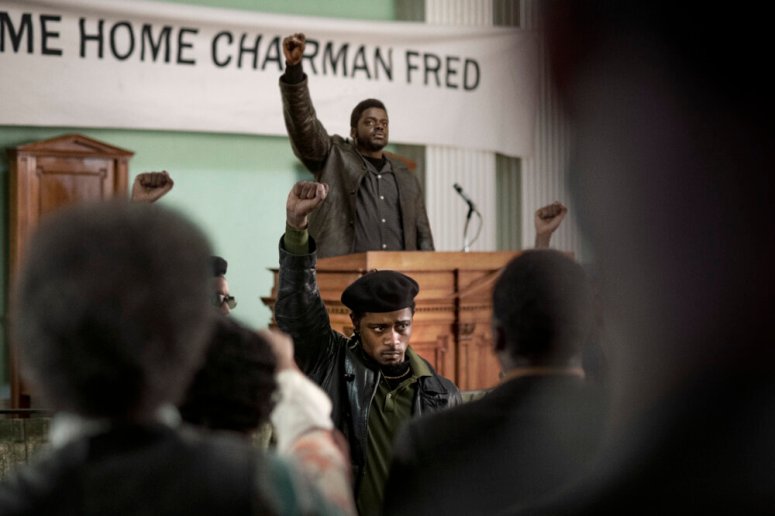 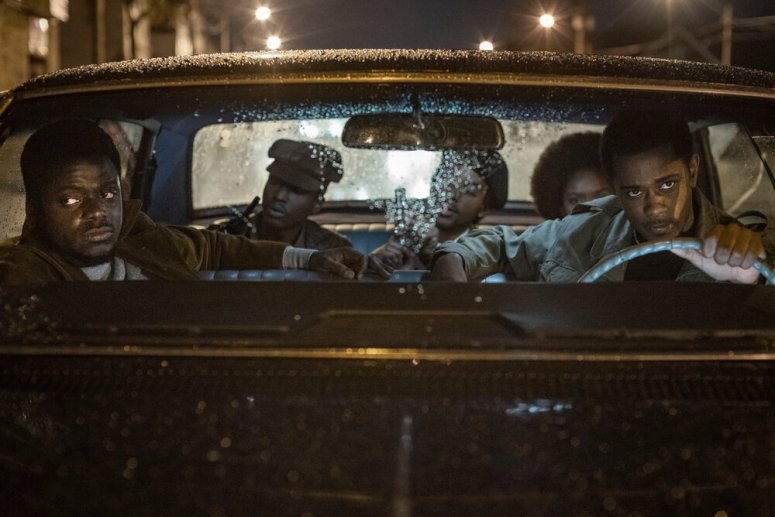 from REVIEW BLOG – Every Movie Has a Lesson https://ift.tt/3aSuheE
via IFTTT