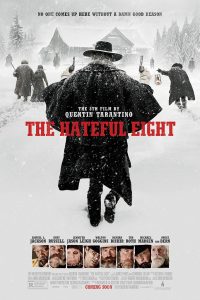 I recently was asked by Peter Griffith, a faithful reader of this film blog, if there were any movies that I changed my mind about in subsequent years after my original review. It was an excellent question, one that really got me thinking. Indeed, a few titles have risen in my esteem over the years, and there are those that have dropped too. Time, context, and perspective can change perception, even for film critics.

Then, my friend and fellow critic Chuck Koplinski (Illinois Times | News-Gazette | WCIA-TV) built on Pete’s query and suggested that I write an article for The Establishing Shot about a film I now saw differently. Such an article would be an assessment of my (ahem) re-assessment. I thought it was a great idea, and Chuck even offered a title for it: ON SECOND THOUGHT.

I loved the idea so much that I asked Chuck to write the post with me. In turn, it became clear to me that this could be a great feature for the site, a regular opportunity for two film critics to share renewed perceptions of various films over the years. So, friends and followers, ON SECOND THOUGHT will become a new feature here.

So, without any further ado, here are our two new takes.

ON SECOND THOUGHT: “THE HATEFUL EIGHT” BY CHUCK KOPLINSKI

Was it the fact that I was seeing a western on the big screen, a treat that happens far too rarely, that skewed my perspective? Did the cult of personality surrounding Quentin Tarantino get a hold of me, the incessant chatter about his “genius” clouding my judgment? Maybe it was seeing the film in 70 mm, the format sweeping me away and overwhelming my sensibilities? Hell, it might have been a bad burrito.

Whatever the cause, in looking back at the 3 ½ star review I gave Tarantino’s THE HATEFUL EIGHT, I can’t help but wonder where my mind was that day. A tight deadline certainly didn’t help, as I love to have a bit of time to ruminate before putting my thoughts down. But none of these potential reasons are meant to be an excuse, as in seeing the film again, I realize now that either my judgment was clouded by a variety of factors or I had suffered a mini-stroke during the screening.

For the uninitiated, the film is really an old west chamber piece, a story that for the most part takes place in a single location – a testament to brilliant production design – in which eight reprehensible characters pick at each other one by one, all in the name of greed. A storm is coming fast, and stagecoach driver O.B. Jackson (James Parks) knows there’s no way he can outrun it. In tow, he has bounty hunter John Ruth (Kurt Russell) who’s eager to get to the town of Red Rock, Wyoming to collect the price that’s on the head of Daisy Domergue (Jennifer Jason Leigh), his reluctant prisoner who will bring him $10,000. Not only is the weather slowing him down, but also the fact that they’ve had to stop and pick up fellow bounty hunter Major Marquis Warren (Samuel L. Jackson) and Sheriff Chris Mannix (Walton Goggins).

Deciding not to risk it, Jackson stops at Minnie’s Haberdashery, a mountain outpost where they find the proprietress missing but four odd characters holding down the fort instead. They are British dandy Oswaldo Mobray (Tim Roth), taciturn cowpuncher Joe Gage (Michael Madsen), former CSA officer, General Sandy Smithers (Bruce Dern), and quiet stew-maker Bob (Damian Bichir). Ruth immediately makes the mistake of warning everyone to keep their distance as he will not broach anyone coming too near, what with the value of his reluctant human cargo.

What ensues with these hateful eight is a cat-and-mouse game in which many surprises get revealed. Amongst other things, some of the characters are working at cross purposes. Consequently, numerous double-crosses are exposed, along with bloody denouements for many of the motley crew members that occur with gruesome regularity. To Tarantino’s credit, he writes the kind of dialogue actors love to speak, and audiences love to hear. In the hands of this veteran cast, such conversation positively crackles. Even the frequent monologues take on lives of their own, and it’s because of this that the film’s bloated running time didn’t feel all that onerous upon the first viewing.

Yet upon a second viewing, Tarantino’s bouts of self-indulgence now felt overwhelming to me and threatened to overshadow the entire film. There simply wasn’t enough story here to justify the nearly three-hour running time. And, ironically for Tarantino, some of the writing goes way over the line in a needless effort to shock. A story related by Warren of a past meeting with Smithers’ son is so needlessly long and obscene that it smacked of the sort of offensive tale adolescent teenage boys would relate to one another and giggle over. Tarantino is a much more sophisticated writer than this and didn’t have to stoop to such a tawdry approach to impress. In fact, in doing so, the opposite effect was achieved.

Then there’s the director’s distinctive brand of violence, which I’ve grown increasingly wary of as his career has progressed. The aesthetic Tarantino adheres to is again that of an adolescent boy eager to impress just how graphic he can be in spilling blood and guts. He gleefully wallows in such bloodletting time and time again here, and each time he does, it took me out of the story that he spent a lot of time constructing. His brand of violence is over-the-top without being comical too, but it is nonetheless distracting when it should be shocking.

Defenders of the director’s work will claim this approach is actually an indictment of gun violence. Don’t believe it – these are matters that rear their ugly heads in Tarantino’s films all too frequently. And while there are signs that his talents as a writer and director have steadily matured, as a person, he has not. His inability to rise above this hampers his work. Ultimately, Tarantino’s filmmaking skill is undone by his need for this immature and exploitive approach. The more I see it, the more it leaves a terrible taste in this critic’s mouth.

To be sure, THE HATEFUL EIGHT is not a complete disaster, yet in retrospect, it’s not the film that it could have been or the one that I thought it was. 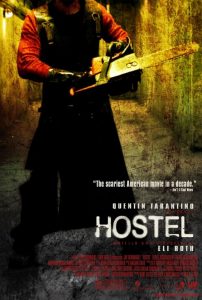 I remember being proud of myself for loving John Carpenter’s remake of THE THING when it came out in 1982. Many critics didn’t ‘get it’, bashing it for its gruesome special effects, but here I was a teen who thought it was too cool for school. The gross-out factor may have been what kept audiences from embracing it en masse too as it bombed at the box office as well. Still, I defended the film against any and all detractors arguing with me in school as I was proud to proclaim its many virtues. It contained a great lead performance by a never-steelier Kurt Russell. He was surrounded by a terrific character actor ensemble including theater vets Richard Masur, Keith David, Donald Moffat, and David Clennon. Plus, Carpenter was working at the top of his game, using the isolation of the Arctic station to underline the fear and vulnerability of its resident scientists.

Poor Josh (Derek Richardson) was the first of our heroes to be tortured and killed, bleeding out in a dank, gutted warehouse where all the shenanigans take place. His persecutor was none other than the same Dutch businessman (Jan Vlasik) who lured them to the quaint hostel he used as a front to nab prey in the earlier part of the story. Watching the film dwell on how excessively the businessman mutilates Josh made for one tough sit. The bastard drills holes in Josh’s body, cripples him by slicing his Achilles’ tendons, and finally puts the poor guy out of his misery by slitting his throat. The extended bloodletting almost made me lose my lunch. I remember exiting the film cursing Roth for his gleeful torture of me.

The viciousness continues with Paxton (Jay Hernandez) losing a few fingers to a chainsaw while he’s tied up in his chamber of horrors. But then, his tormentor happens to slip on all the blood splattered on the floor and he ends up unwittingly cutting off his leg and bleeding to death. Paxton escapes and even manages to save another prisoner along the way. He happens upon a comely Asian model named Kana (Jennifer Lim) who is being disfigured by a scumbag with a blowtorch. Paxton kills her persecutor and has to snip away Kana’s dangling eyeball so she can break free. Later, when she catches sight of her reflection at a train station, the despondent waif hurls herself into an oncoming locomotive and dies instantly. Paxton manages to persevere to safety and eventually returns weeks later to the scene of the crime to exact his revenge on the Dutch businessman. He tortures him in a restroom before cutting his throat, ending the film on what passes for an upbeat note.

My description of it is disgusting enough, isn’t it? Yet, as horribly violent as all this was, and one could argue Roth took a fetishist’s glee in showing off his film’s gory effects, there is a lot of good in it that I missed the first time out. For starters, the film takes its time weaving its web, a genuine slow burn if you will, with little violence for the full first hour. Instead, it’s all dread and foreboding, tightening the screws and building tension with relish.

The production values and location shooting look expensive and the acting by a cast of mostly unknowns is impressive. The gruesome makeup looks painfully real. (They avoided the Hammer production look from the 60s where cheesy-looking scarlet paint was used to represent blood.) Roth’s film builds a great deal of suspense all the way up until he lets all hell break loose in the last 30 minutes. Finally, the film even ensures that you leave the theater looking over your shoulder, scanning the crowd for potential kidnappers ready to grab you and toss you into a van. In our age of sex trafficking and violent fringe groups, HOSTEL was a creep show that played as both palpable and possible.

So, how could I embrace THE THING back in 1982, but not HOSTEL in 2005? Perhaps my stomach got the best of my head. Time will tell if its reputation rises like that of Carpenter’s remake over the decades. Suffice it to say, I was wrong to be so hostile towards Mr. Roth and his film the first time out.

NOTE: If you’d like to chime in and be a guest editorialist for the ON SECOND THOUGHT feature here, please do. Just write up your piece and send it to me. If it’s well done, I will run it and give you proper credit.

from The Establishing Shot https://ift.tt/2MhImKw
via IFTTT