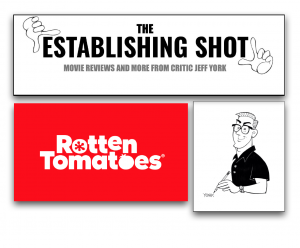 This week was a milestone for more than a few reasons. A new president was inaugurated in the United States. America rejoined the World Health Organization and the Paris Climate Accord. And in much smaller news, but close to this writer and critic’s world, THE ESTABLISHING SHOT celebrated its tenth year online.

The first post welcoming folks to The Establishing Shot back in 2011.

In those 10 years, there have been some significant milestones: 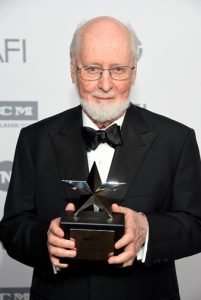 Composer John Williams with his AFI Life Achievement Award in 2016. 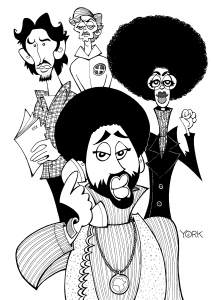 The caricature of BLACKKKLANSMAN I drew in 2018.

Not bad, considering this is all still a side venture. And while I’m proud to be a film critic, I don’t make a full-time living doing so. (However, if anyone wants to hire me for a full-time or part-time gig, just let me know!)

Finally, I’d like to thank all of those who have helped me along the way: those who’ve hired me, championed the site, the friends I’ve made amongst those in Chicago’s critical community, and the studio publicists, not to mention all the readers who have written me or share their comments online as well. A special call-out to fellow critic and web designer Matt Kubinski, too, for designing my site.

from The Establishing Shot https://ift.tt/39ZDUI9
via IFTTT