Everyone knows a sleaze. The unscrupulous, the greasy in character, the slimes, the creeps… we know these people in real life, and that is what makes them so wonderful in film. Usually they can go either way, not simply good or evil, but having a shade of grey. They are interesting, never boring, and even attractive in there repulsiveness. This week on CinemaJaw we pick out our Top 5 favorite Sleazy Characters in film.

We are doing this in honor of a new movie from Little Cabin Films, great documentarians, and longtime friends of the show. Nick Nummerdor and Andrew Morgan join us again. 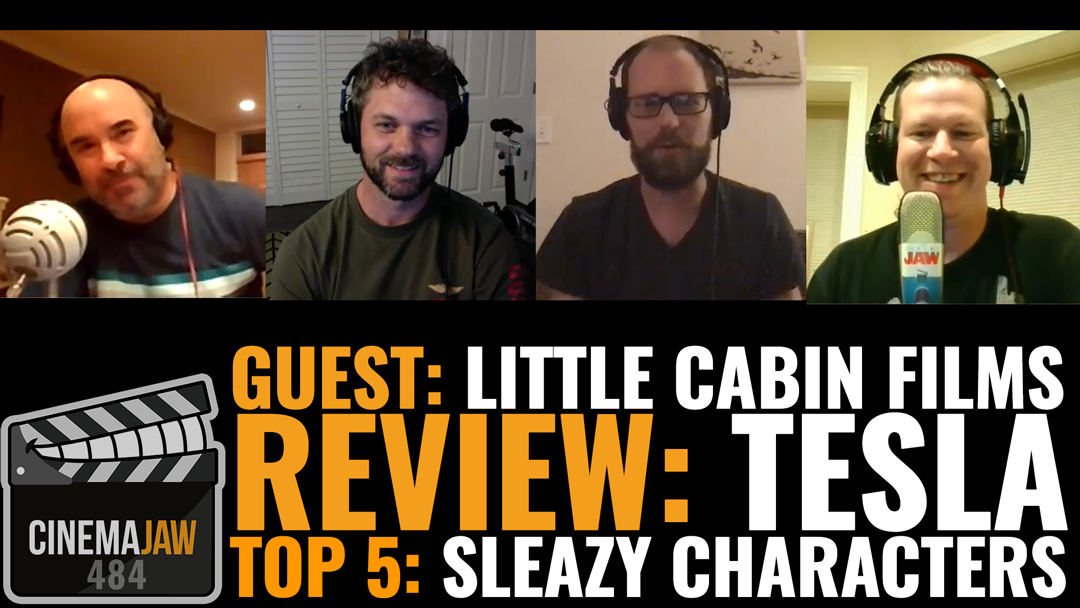 Their new film Sleeze Lake, tells the story of the greatest party you never heard of. The year is 1977 and the custom van movement was at full-tilt-boogie. Midwest Vans Ltd. was a club at the center of everything. Over 500 members strong and with multiple chapters, Midwest Vans set out to throw a truck-in to best all truck-ins. At a small campground in Monticello, Indiana, they set about building a ramshackle resort town around a small pond they christened “Sleeze Lake”. They expected a few thousand people and a good time. When over 6000 vans and upwards of 20,000 people showed up that’s when the sh*t hit the fan! Do check out Andrew and Nick’s latest documentary!

So sit back and sleaze out – Listen to another CinemaJaw!