The Vietnam War raged for 20 years from 1955 to 1975 and was one of the most protested and controversial American wars in history. Many films both narrative, fictional, and documentary have been made about the war. Too many to count. This week on CinemaJaw in honor of Spike Lee’s latest film which is set in Vietnam and flashes back to the war, we take a look at our Top 5 Vietnam War movies. 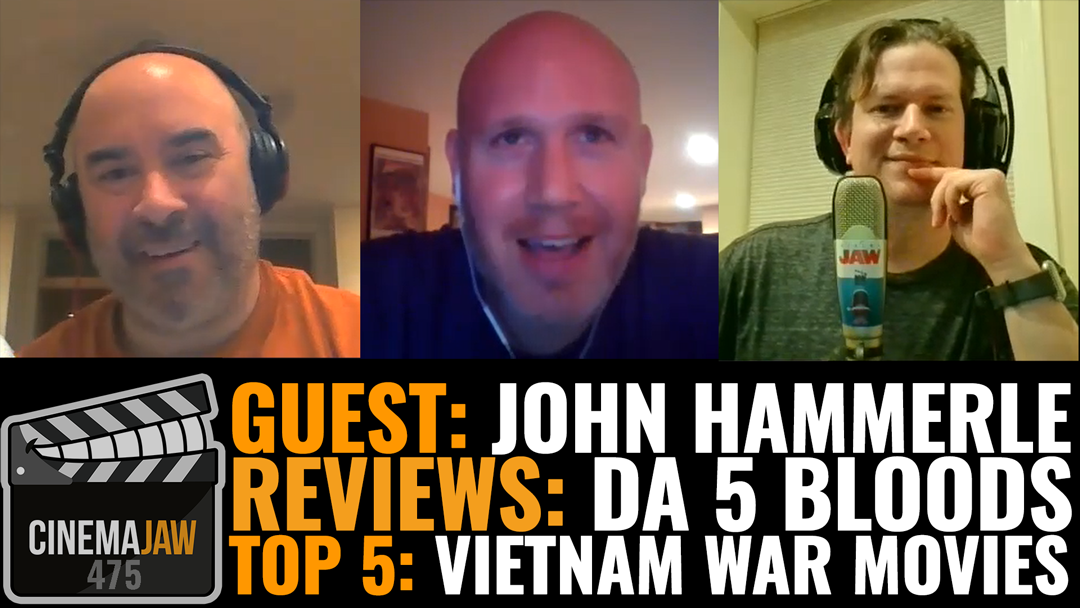 Joining us is the newest member of the Chicago Independent Critics, John Hammerle. John, among his other endeavors, is an insatiable filmophile (check him out on Letterboxd) as well as one half of the writing team at the Chicago Tribune blog, Hammervision. Hammervision is the creative byproduct of a marriage built on a mutual love of all things popular culture. John and Julie Hammerle have been watching movies together since Face/Off was in the theaters. John is an attorney at a Chicago law firm. Julie is not. They have two kids and a dog named Indiana.

You ain’t so Senator’s son, but you are the fortunate one to have a new podcast to hear. LISTEN UP PRIVATE!