It’s been a tough couple of months for everyone, needless to say. As a writer, you’d think it’d be easier for me, seeing as how so much of my work involves me hunching over my laptop in solitude. But alas, self-quarantine means I’m no longer able to do this in public, where I can keep myself on track by pretending everyone will care enough to judge me for checking whichever feed happens to be most fascinating to me at the moment.

Since Chicago is opening back up, hopefully I’ll soon be able to visit so many of the cafes I’ve grown to love, with the five below being those I’ve personally missed most. And as someone who was so recently in the service industry, tip these people folks. They not only could use it, they depend on it. 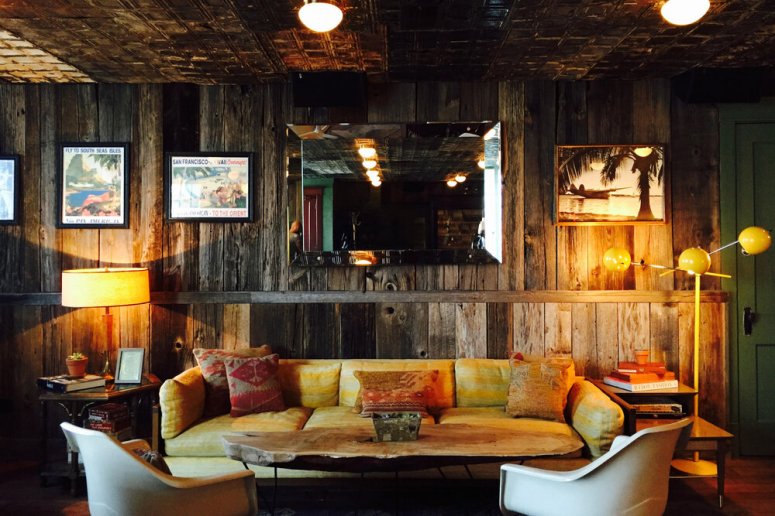 C.C. Ferns in Humboldt Park is basically my Sunday place. Yes, I go there to work, but also just to carve out some time to read if I like, whether it’s a book of mine or the various newspapers they have lying around, while just enjoying the rustic, retro décor and vibe. Their alcoholic drinks are top notch, and I always look forward to seeing the same guy behind the counter to not only apply his expertise to my coffee, but have a ridiculously enjoyable conversation. Just get there early, since this place is so popular you might have trouble finding a seat. It’s also attached to the The California Clipper, a retro cocktail bar which has a unique scene all its own. 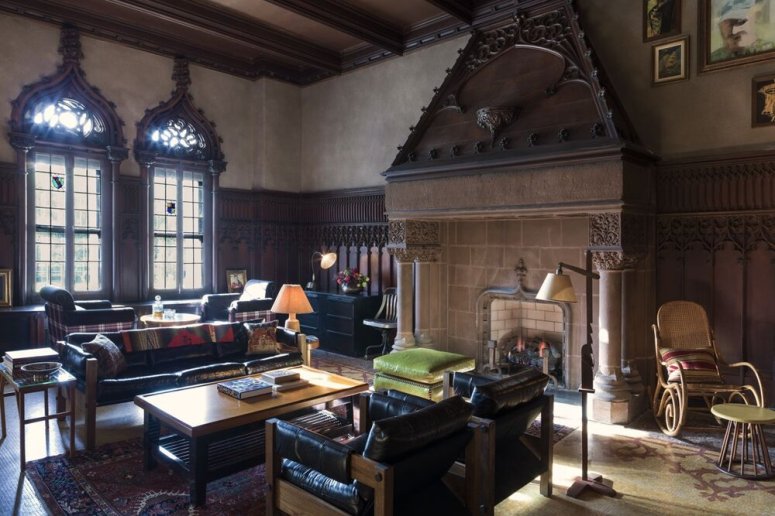 This spot is a kind of hidden gem in Chicago’s downtown. Nestled on the second floor of the Chicago Athletic Association on Michigan Avenue, there’s not only everything you need to work, but any mood you have. Want to just focus on your screen? Take a seat at the large rectangular table, which has lamps, plugs, some water nearby, and waiters who’ll probably hand you a menu with various items that are a bit overpriced, but you’ll probably think it’s worth it if you splurge a little. Need to cut costs? No one will mind if you bring your own food or coffee. Need more coffee? There’s a little cafe bar nearby. Need more variety? Head down to Fairgrounds on the first floor. Not planning on working too long? Grab a seat a various places around the room, but chances are you’ll get a great view of Michigan Avenue and Millennium Park regardless of where you are in a warm, classy downtown atmosphere. And the Wi-Fi is complimentary. Need I say more? 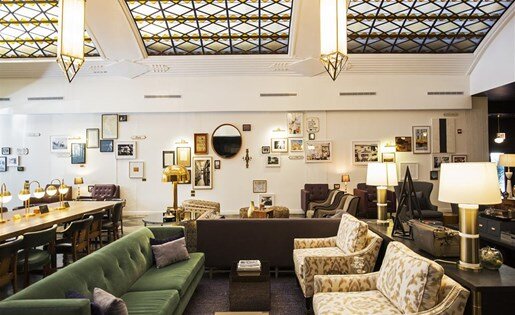 Heritage has a few locations around the city, but the one on Lawrence is my personal favorite. It’s tempting to call it the Uptown equivalent of the Drawing Room, but Heritage has a feel all its own. The shop itself has a good selection, friendly staff, and a few places to work, but the real action happens just outside in the space it shares with the lobby of the luxury apartment hotel The Lawrence House. The lobby not only has that precious work table with plenty of outlets, as well as comfortable couches and chairs, but it also has a small bar with its own knowledgeable staff. The Lawrence House also occasionally has live music, and an outdoor space in the back with comfortable chairs in a relaxed setting. Just make sure you keep an eye on the time, since the doors lock after a certain point. There’s also a less work-oriented environment later in the day, when the lights dim, the coffee shop closes, and there’s more of a late night atmosphere. But if you stop by during the day, it’s a great place to get things done. 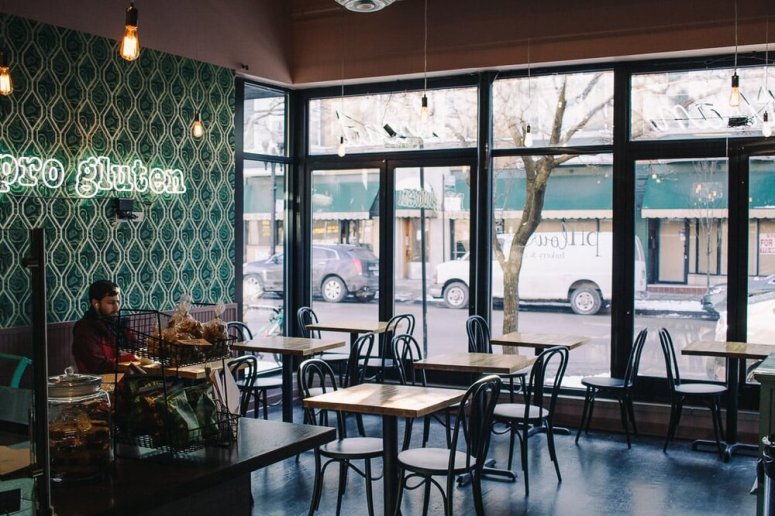 This is a relatively new neighborhood cafe in Edgewater that is easy to miss even for those in the neighborhood. As you can probably guess, it isn’t for those who are looking to avoid gluten, and pHlour makes it even more obvious by having a big pro gluten sign right in the cafe itself. If you’re into this kind of thing, then pHlour is a great place to sip coffee while savoring the delicious breads. My favorite items are the croissants and the quiches, but the bakery also has sandwiches and other delectable items. And enjoy the stylish surroundings while you do, which includes exposed brick and adorable wallpaper. 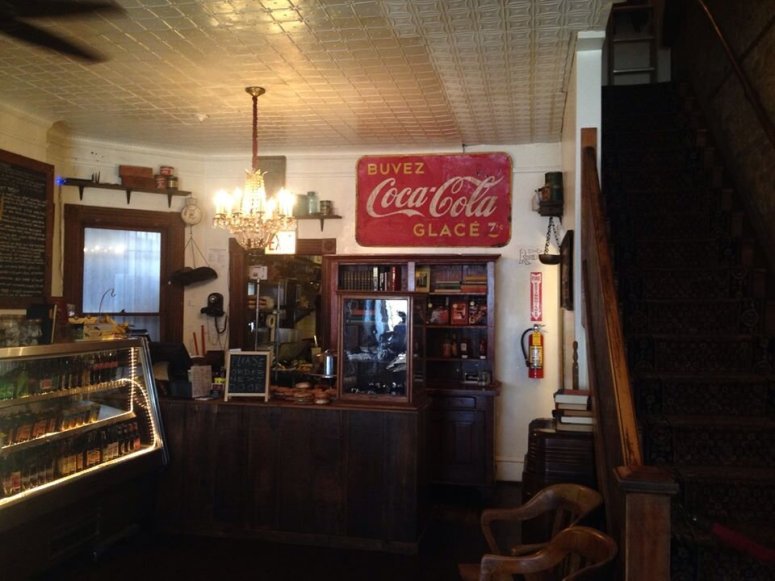 This Lincoln Park establishment has it all – great coffee, food, and lots space to work and talk with minimal disturbance. No wonder they’ve apparently attracted national notice. Oh, and did I mention food? Because there’s something for everyone, from cafe classics to all day breakfast and some truly mouthwatering, homemade desserts. There’s not just plenty of places to work, there’s a variety of things you can do comfortably, whether it’s hanging outside or inside with friends, or just finding a quiet area to read or work in a place that takes its cues from a fusion of old school European and American sensibilities.

from A Reel Of One’s Own https://ift.tt/3gTYH28
via IFTTT