Notable and notorious IndieWire film critic David Ehrlich recently put out a social media call for film critic peers to join a weekly survey to discuss movie topics, answer questions, and highlight their work.  Representing Every Movie Has a Lesson, I, along with over 60 other emerging and established film critics including some of my fellow Chicago Indie Critics members and Aaron White of Feelin’ Film, accepted the invitation to participate.  I’m honored by the opportunity, and I hope my responses are chosen each week.

THIS WEEK’S QUESTION: What film most defined this past decade, and why?

Yowzers! Talk about a big question with a zillion angles. I know the interpretation of “defined” was open, but when I think of the 2010s, the boom of social media is too large to ignore. David Fincher’s The Social Network, while semi-historical before this decade, still feels like the lightening rod and torch bearer for this decade. If it wasn’t this, it was going to be The Avengers and what it did for its genre and the whole industry. 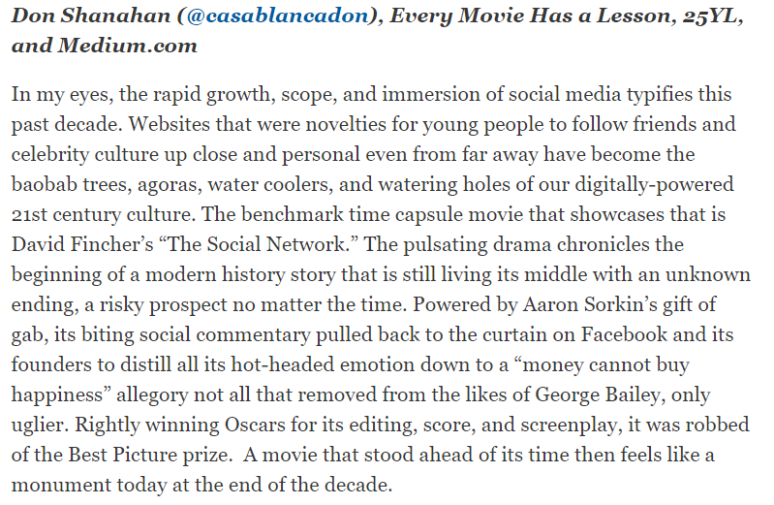 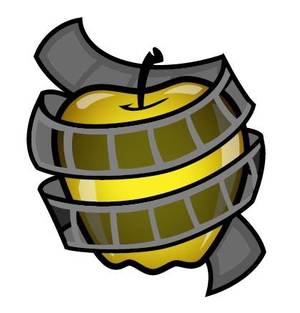 from REVIEW BLOG – Every Movie Has a Lesson https://ift.tt/2XZ3syo
via IFTTT