“The Mountain” takes a quieter tone in discussing its subject, that of how we approach mental health and the ways it has (and more disturbingly, hasn’t) changed throughout the decades. Even if we don’t exactly advocate lobotomies anymore as a form of treatment, the assumptions people make about those suffering from mental illness remain disturbingly familiar, as evidenced by recent films.

Tye Sheridan plays a shy young man named Andy, who longs for the mother who’s been institutionalized and barred from seeing him. He and his father (Udo Kier) live in the kind of house whose silence is nevertheless full of everything left unspoken, and where any laughter feels not only out of place, but mocking. Such environments can have an eloquence all their own, but any potential deteriorates as the quiet becomes as muted as the film’s palette itself, with a kind of dourness which segues naturally into grating.

Granted, “The Mountain” couldn’t be accused of wanting anyone to be comfortable. But it also doesn’t allow its characters to make much of an impression. If Jeff Goldblum is the exception to this rule, it’s not only due to the meatiness of his role, but his general presence as an actor. Hell, Goldblum has practically become a living trademark, embodying a style of performing which somehow hasn’t become dull through repetition, even if it’s remained quite constant across a truly staggering number and range of roles.

Here Goldblum channels his trademark charm to far darker effect as Dr. Wallace Fiennes, who travels the country performing lobotomies at various mental hospitals. His work is probably the source of his so-called friendship with Andy’s family, having lobotomized Andy’s mother. After Andy’s father dies, Wallace invites Andy to travel with him and take photographs of the various patients Wallace treats – for lack of a better word. As the two travel to various locations, each as repressively glum as the next, it quickly becomes apparent that Wallace is desperate to believe he’s helping people in need, even if the work he’s dedicated his life to is falling out of favor. 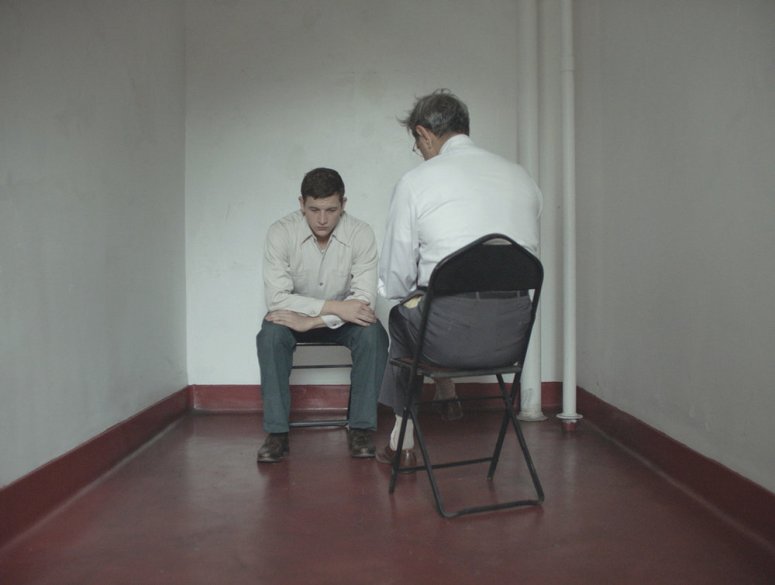 Wallace himself is also an alcoholic and a womanizer when he’s not working, desperate to escape the guilt that twists itself into his life the more he attempts to absolve himself. As for Andy, he’s something of a cipher, whether by design or not. His choices, which include accepting Wallace’s invitation although he’s fully cognizant of Wallace’s role in his mother’s life, and not even attempting to prevent the lobotomy of a young woman whom he not only loses his virginity to, but forms a bond with her mother. It’s not too out of place within the repressive atmosphere that’s so suffocating to everyone on-screen, but it does mean he’s less a character than a symbol, something which doesn’t apply to Goldblum.

He’s pretty much the only one who doesn’t get the short shrift. The female characters are especially underserved, and are mostly depicted as points of light in this dull world, often sexualized just enough that they can hold the attention of various male characters. Not that this lack of depth applies to just them. When Andy asks about what happens to the patients after Wallace changes them, how exactly can Andy tell? Even more embarrassing is the healer in the grips of New Age techniques, whose rambling nonsense isn’t less nonsensical for subtitles. Even the ending feels less rewarding for its lack of easy answers, seeing as how the rest of “The Mountain” didn’t offer anything resembling an answer, or much of anything at all. If its sensitivity is a first step, hopefully another film will come along to fill the void this one leaves in its wake.

from A Reel Of One’s Own https://ift.tt/2nZrOur
via IFTTT