CHICAGO – Even before I figured out my own sexuality, Judy Garland’s status as a gay icon was known to me. I wouldn’t understand why until much later in my life, but sure as the sky was blue, the city was emerald, and the brick road was yellow, I knew I was a friend of Dorothy. Heartbreakingly, “Judy” paints a bleak portrait of the star, but never takes a look at the bigger picture.

For those not in the know about gay slang from the 1950s, a “friend of Dorothy” was a term used for LGBT people to discreetly identify each other during a time when homosexuality was illegal. The Dorothy referenced is, of course, Judy Garland’s fabulous character from “The Wizard of Oz”. Although the term has faded from use in the past few decades, Judy’s status as a cultural figure in the gay community remains as strong as ever. The most obvious reason the queer community identifies with her is because she knew what it was like to fight against an oppressive force that tried to dictate how she lived, looked, and behaved. In her case, the oppressor came in the form of MGM studio, and “Judy” would briefly examine how they are ultimately responsible for her death.

Don’t expect too much of a trip down memory lane since the scope examined in “Judy” only really extends to her final gig in London, which ended a few months just before her death. There are scattered flashbacks to the days of “Oz”, and a little bit of background setting to show how her financial desperation led her to the UK. The flashbacks briefly show how MGM head Louis B. Mayer (Richard Cordery) promised a young, impressionable Judy Garland stardom, but at the expensive of her childhood. As the story goes on, we see how during the various film shoots she would not be allowed to eat, sleep, or even celebrate her own birthday. Instead of food, she was given amphetamines; instead of sleeping when she was tired, she would be given drugs to make her sleep on command. The origins of every problem she suffered as an adult can be directly tied to a flashback, and that’s where the lack of storytelling nuance is the most noticeable. 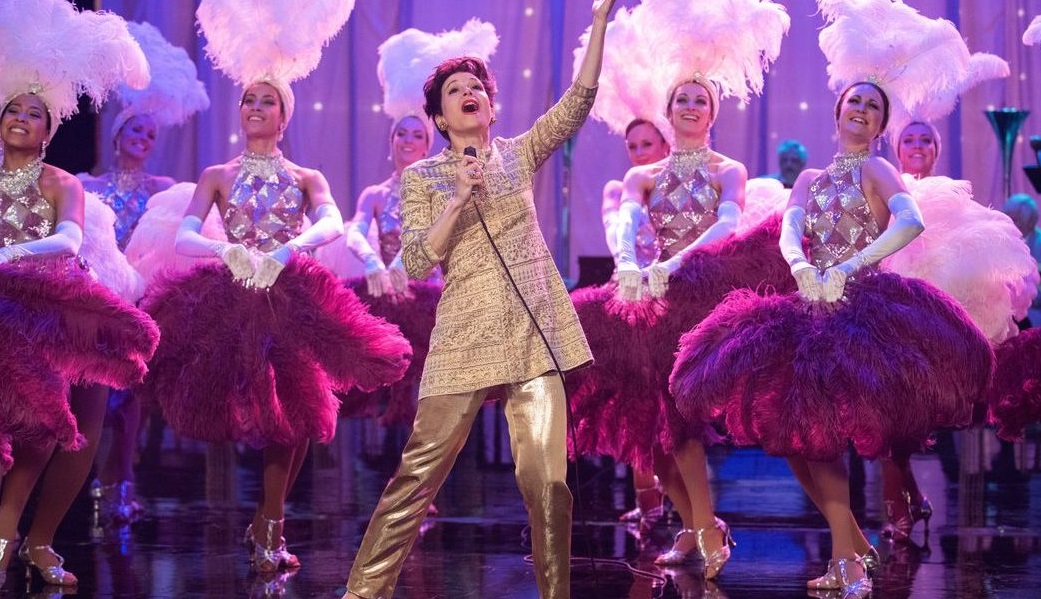 from HollywoodChicago.com: The Everything Entertainment Destination https://ift.tt/2mk7NxW
via IFTTT