CHICAGO – The changing view on yetis goes to show just how different my childhood was from kids growing up today. Back in my day, yeti’s were elusive creatures meant to be feared, much like Big Foot or Loch Ness. Films like “Smallfoot” and “Abominable” are paving the way towards acceptance were we ever to encounter a yeti, but the latter is more of a step back than forwards.

It is impossible to completely dislike something that is so morally good and good-hearted. “Abominable” should be stomping into our hearts, but it feels more like it tip-toes past us. The story follows young Yi (Chloe Bennet) as she deals with the grief over the loss of her father by working constantly so that she can save enough money to take the trip they had been planning to take together. Her self-imposed isolation brings her in contact with an escaped yeti who needs help avoiding the organization that kidnapped it and getting back to its mountainous home on Everest. Along with her friends Peng (Albert Tsai) and Jin (Tenzing Norgay Trainor), they travel across China while trying to avoid capture from the eccentric Burnish (Eddie Izzard) and Dr. Zara (Sarah Paulson).

There are many life lessons to be had, some sobering realizations, and a cathartic moment or two. Pretty standard fare for a kid’s film about a magical yeti. In fact, everything about the story feels forgettably basic. Jill Culton knows a thing or two about bringing furry creatures to life, but unlike her previous film “Monsters, Inc”, the only fuzzy beast with any personality in “Abominable” is an old man voiced the legendary Eddie Izzard. We are taken on this journey, but there is little memorable about any of the characters because they are never truly given anything to make them uniquely stand out from any other animated film. Everything about the story feels bland and overdone. When your most memorable character is a snake that periodically pops up and says, “Whoop,” it might be time to reevaluate. 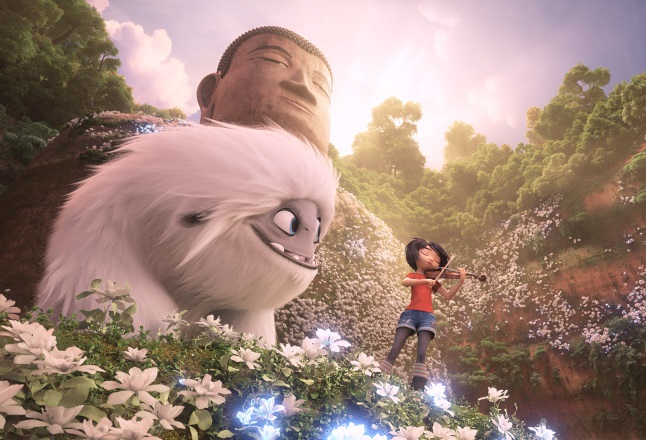 from HollywoodChicago.com: The Everything Entertainment Destination https://ift.tt/2n53Ltv
via IFTTT