Reviewed: The Goldfinch, Art Paul of Playboy The Man Behind the Bunny
I for an I: Ad Astra
Trivia: Brad Pitt Movie Trivia
Sponsored by: Cards Against Humanity

Ryan just got back to town from Toronto and this episode features some early reviews and interviews from the acclaimed Toronto International Film Festival, or #TIFF. Be sure to listen out on upcoimg episodes for more interviews we were able to get, and coverage of upcoming films that were featured at the festival!

Currenly, in Chicago, the weather is starting to turn. The leaves are seeming to be a bit more delecate and getting ready to change color. The air is a bit crisper and a chill creeps in. Halloween items are beginning to fill store shelves and the age old “what are you going as this year” conversations begin. Fall is here! That means a new spat of films. Usually studios want to save the best for last and give us all the “Oscar-bait” near the end of the year so it’s fresh in our minds come Oscar season. This week we will be choosing our Top 5 films to look forward to this autum as we cover our Fall Movie Preview! 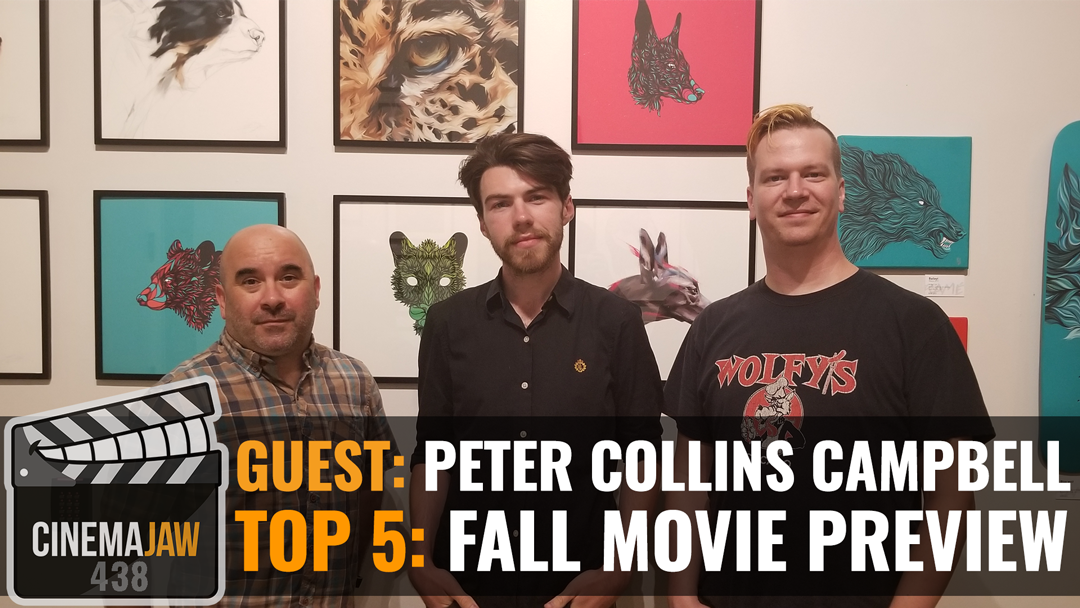 Joining us is a fantastic filmmaker who’s work fits right into the season. Chicago Born, northern california/west chicago suburbs raised, Peter Collins Campbell began making films seriously by early high school, featuring in film festivals at 14 and beginning professional video work at 17. Since then he has explored music videos, working with nationally recognized artists like Nico Segal, Chance the Rapper, Noname, Towkio, Jamila Woods while continuing to make films. Most recently, his short film “Summer Vacation“, which premiered with an interview on DirectorsNotes.com on July 23rd, after a successful international festival run over the last year. Recently Peter launched, and was sucessful with a Kickstarted for post-production on his latest film Dimland, a surreal drama in the same vein as a Pan’s Labyrnth or Spirited Away (only with live actors). Although his Kickstarter is over, we are putting the pitch video into the shownotes here to give you an idea of the flavor of the project. We think it’s really one to follow!

So bust out your hoodies, and put your swim gear into storage. It’s time for Fall and the Fall Movie Preview from CinemaJaw!