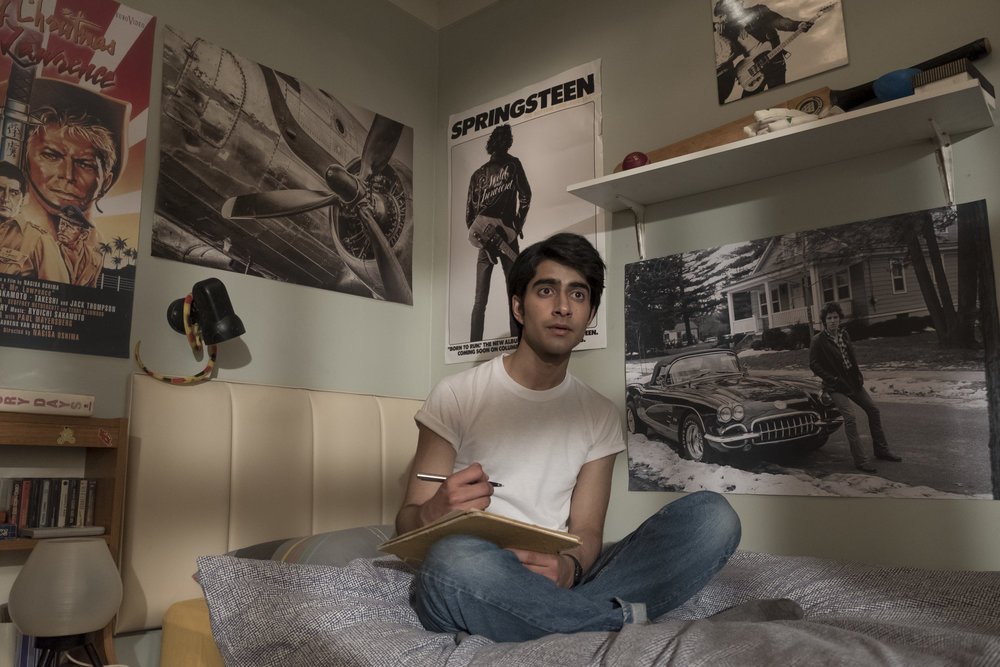 (Image by Nick Wall and courtesy of Warner Bros. Entertainment) 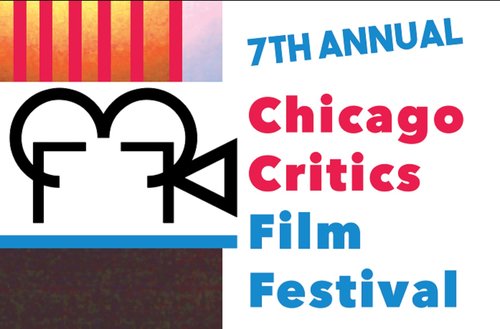 BLINDED BY THE LIGHT— 4 STARS

A person’s good memory can retrace the exact moment of something the person would go on to adore the rest of their lives. That first taste could come from a food, a person, or a work of art. The sensory explosion of that debut experience cements itself like a core memory from Inside Out. When journalist Sarfraz Manzoor was a beleaguered teen, it was Bruce Springsteen’s “Promised Land.” It came to him on a hand-me-down cassette tape from a schoolmate that he puts into his Sony Walkman while he is frustratingly in the act of trashing his accumulated poetry and written work to give up on his dream. This spark occurs during the hurricane-force winds of what became the Great Storm of 1987 as it blew through his home of Luton, England. Talk about nearly literal lightning in a bottle.

LESSON #1: RETRACE YOUR FIRST EXPERIENCE OF INSPIRING PASSION— Up to that windy evening scene described above and the character-strengthening sunlight that follows in Gurinder Chadha’s Blinded by the Light, one cannot help but fondly remember their own similar momentous introductions. What was it for you? When did it happen for you in your life? Where were you when it came to you? How did you feel? How does your obsessive passion still make you feel?

Hell no, you don’t have to be a superfan of Springsteen to enjoy Blinded by the Light, but it sure helps. Even if The Boss is not your ideal vibe, the sprightly emotions on-screen cannot help but target and trigger your own matching passionate feelings for whatever you revere that answers the questions of Lesson #1. Following the affable and lovingly-composed musical worship recently achieved by Yesterday earlier this summer, welcome to your next toe-tapping crowd pleaser to close the summer of 2019.

Newcomer TV actor Viveik Kalra (Next of Kin) blows the doors of the neighborhood in his feature film debut playing Javed, a dramatized composite of Manzoor. In 1987, he is 16 and a minority Pakistani resident in the blue collar Luton town during the lean Thatcher years of economic downturn and unemployment hardship. His bread-winning and opinionated father Malik (Kulvinder Ghir) has lost his job at the General Motors factory, forcing the rest of the family, including his wife and Javed’s two sisters to scrounge for extended work to help pay the bills. With university dreams that reach beyond family traditions and fatherly approval, Javed feels “born in the wrong time to the wrong family.”

Javed is a diary keeper, poet, and bullying victim with one good friend in the form of garage band leader and neighbor Matt (up-and-coming Game of Thrones alum Dean-Charles Chapman, soon to be seen in Sam Mendes’ 1917). The depressing stuff Javed writes about his oppressive traditional boundaries and Cold War nuclear fears may be turn-offs for potential song lyrics for Matt, but they have an artful talent that impresses his writing teacher Miss Clay (Hayley Atwell). She challenges him to break out more and to “tell the world something it needs to hear” through his thoughts and the stands he needs to take. Javed also befriends his Sikh classmate Roops (Aaron Phagura) while sharing the common plight of racial and religious bigotry from the blue-collared ruffians of Luton.

The hopes and dreams that were initially rudderless for Javed find a moral and motivating compass in the form of the Bruce Springsteen tape lent to him from Roops. From “Promised Land” and “Dancing in the Dark” to this film’s very title tune, Javed may be encountering Bruce years after his peak popularity while his peers indulge in 80s pop, but the thunderstruck emerging writer sees his own working class parallels to the New Jersey ones coming from Bruce’s warbling. Javed begins to emulate Springsteen’s iconic look and build his own postered shrine at home. He even begins taking Bruce’s weathered lyrics as philosophy for a finishing essay at school.

LESSON #2: FIND MUSIC THAT TALKS TO YOU— Javed reaches many levels of affirmation in Bruce Springsteen’s music. He didn’t know music could do that. Artistic inspiration can indeed be a soul-fortifying difference maker when the themes or words held dear hit so close to home that they feel written or constructed with you, and you alone, in mind. Hopefully, each viewer of the film and reader of this review has a go-to music genre or stable of favorite artists that do the same for you. When you find that, share it too.

All of this becomes a complete confidence booster and doubt destroyer for Javed. Those victories come out in the movie through raucous outward expression and showmanship led by Kalra. What begins as animated typewriter-fonted lyrics projected around the actor in dreamy scenes of intently listened absorption turn into his own unbridled flash mob of one dancing and prancing in the hard-luck streets. His stepping and sauntering “Thunder Road” and “Born to Run” outpourings become shows of two with Roops and then three with the captured eye of his activist girlfriend Eliza, played by Nell Williams, yet another discovered newcomer in this movie. These extended sequences highlight the hard work and bountiful cinematography of Ben Smithard (Goodbye Christopher Robin) and the kinetic editing of Justin Krish (Bend it Like Beckham).

The choreographed musical elements of Blinded by the Light are dazzling. They have their own narrative spontaneity that does not take away from the strong sense of social commentary matching the era and the struggles of immigrant diversity still present today. That layer from Chadha (Bend It Like Beckham) is immensely valuable. The musical celebrations come from a level of sky-high whimsy that is infectiously entertaining. Morphing from awkward teen inching through the bottom rungs to a stratosphere of new confidence, Viveik Kalra shows off explosive talent that is a joy to watch. When he starts to sing, the whole picture soars. You’re going to remember that young man and where you saw him first.

LESSON #3: THE BRILLIANCE OF BRUCE SPRINGSTEEN— Even if you weren’t a Bruce Springsteen fan going into Blinded by the Light, the film will change your opinion of him and his work. His lyrics truly do strike soulful heartstrings for the middle class man regardless of their foreign geography or demographics. With lines like “talk about a dream, try to make it real” and many others, you are guaranteed to pick up a higher respect for the performer who still sells out crowds to this day because of this commoner appeal.

Enjoy this Q&A with Blinded by the Light star Viveik Kalra from the film’s Chicago premiere at the 7th Chicago Critics Film Festival: 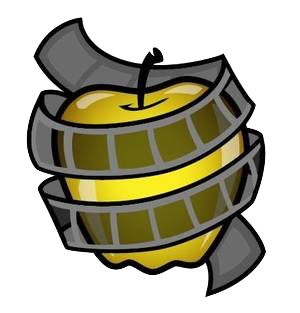 from REVIEW BLOG – Every Movie Has a Lesson https://ift.tt/2MYtMFo
via IFTTT