Between jarring real life data and eloquent presentations like Ava DuVerney’s 2016 documentary 13th and 2019 When They See Us miniseries fostered by Netflix, the reprehensible issue of racial inequality when it comes to incarceration is alarming and disheartening.  Spotlighting stories of vindication like the Central Park Five against the broken criminal judicial system is incredibly necessary. While displaying failures creates urgent reactions that push for continued change, audiences need those inspiring wins in movies just as much, if not more so.  Their positivity show that such challenges are possible to overcome. Brian Banks offers a patient and earned dose of victory that feels awfully nice and hopeful for this day and age.

Directed by comedy veteran Tom Shadyac crossing over to drama, Brian Banks tells the story of the titular Long Beach, California native who achieved his dream of playing in the National Football League nearly a decade later than he should have due to an array of missteps.  When Brian Banks (beefy City on the Hill star Aldis Hodge) was a 16-year-old high school football phenom heavily recruited by USC’s Pete Carroll (Matt Bataglia), he made a mistake in 2002 following the sexual lures of a classmate (Xosha Roquemore of The Mindy Project).  A chaste encounter with no witnesses and evidence turned into a trumped-up rape charge and failed plea deal for probation that put Brian behind bars for five years with five years of parole that followed.

Years after serving his time, new conditions and measures enforced by officer Mick Randolph (TV mainstay Dorian Missick) towards the end of Brian’s parole have him monitored and listed as a sex offender.  This label and the accompanying anklet tracker prohibit him from going near schools and parks. He has to quit his Long Beach College football comeback and enter the workforce which looks down on former cons every which way.  Four influential presences in Brian’s life would guide him to his freedom and provide the happiness he deserved.

The first two are a pair of women.   His stalwart mother Leomia (Sherri Shepherd of Less Than Perfect) helped Brian self-educate himself on his legal chase and supported him financially when work doesn’t stick.  The understanding support from This Is Us cast member Melanie Liburd’s personal trainer Karina, a woman who overcomes her own personal fears, offers healing love and acceptance. Both actresses inject outstanding emotionality.

The third is attorney and law professor Justin Brooks, played by Oscar nominee Greg Kinnear.  He is the leader of the California Innocence Project which specializes in providing legal services to the wrongfully imprisoned.  Brian’s case is a challenge for Justin and his vigilant team because his jail time already complete and it is the sex offender label that needs correction.  Removing that conviction would take new evidence that borders on the uncharacteristic miracles of a prosecutor backing it and a judge willing to reserve their decision.

The final one is an uncredited Morgan Freeman who appears in flashback as prison educator Jerome Johnson.  Backed by the James Allen’s miniature tome As a Man Thinketh, the Million Dollar Baby Oscar winner packs a soothing and understated wallup as the gentle mentor who righted Brian to release his anger and change his perspective. Each played a role in the discipline, dedication, and faith Brian believed and lived by to achieve his freedom and dreams.  Each gave this writer life lessons for days.

LESSON #1: THE LOVE THAT COMES FROM UNDERSTANDING— Society would go on to scold and scowl at Brian’s status and labels enough.  He didn’t need more of that from people he sought to care about. Brian echoes the saying “there’s no good way to tell a bad story” and he’s right.  However, the people in Brian’s life who look past his transgressions and see his good core find themselves on the right side of understanding.

LESSON #2: FREEDOM STARTS IN THE MIND— Freeman’s teacher talks lofty on mental freedom and it reverberates through the entire movie.  The idea stage is always first. Brian accomplishes the meaning of “where” and “when” with freedom in a mentality that removes bars, handcuffs, labels, and, most importantly, despair.  Go look up that Allen book because that’s a wonderful place for any listening and impressionable person to start.

LESSON #3: “ALL YOU CAN CONTROL IN YOUR LIFE IS HOW YOU RESPOND TO LIFE”— Freeman nails another gem with this quote he writes alongside James Allen for Brian.  A cemented mentality pushes the thought process and then guides actions. Brian cannot control the broken systems around him, but he can maintain the positive ways he carries himself.  From there, he can make people care instead of systems.

LESSON #4: THE IMPORTANCE OF HELPFUL LEGAL SERVICES— Brian Banks put equal heroic effort into the real-life work of Justin Brooks as it does its NFL hero.  The second-billed Greg Kinnear leads a frank and honest performance to exemplify this mission.  What the California Innocence Project and its XONR8 initiatives are doing is sorely needed in every state. Brooks’ efforts are very much worth celebrating.

As simple and well-tuned as it is, Brian Banks absolutely works as a fitting and crowd-pleasing source engaging inspiration.  This is director Tom Shadyac’s first feature film in 17 years and rare foray into serious fare after a career built as the man who launched Jim Carrey to stardom with Ace Ventura: Pet Detective, Liar Liar, and Bruce Almighty.  There is a steady maturity of craft and tone here that suits this kind of story without heavy melodrama.  The sports movie cliches are absent to examine the life of a person before the redemptive fame. The result is a timely film of worthy importance.

These are, without a doubt, the right kind of messages for the present social climate in this country surrounding prison stigmas and flaws.  Bring those urban teens with professional sports pipedreams by the busload to this movie and show them the pitfalls possible to happiness and success.  Its laid-bare steps of empathy, led by a star-making performance from Aldis Hodge, are essential to witness and entirely worth promoting. 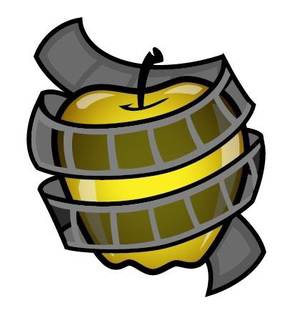 from REVIEW BLOG – Every Movie Has a Lesson https://ift.tt/2P2hNJV
via IFTTT