Let’s face it. We now live in the Disney Cinematic Universe. Its power has gotten so out of control that when Timon (Billy Eichner) and Pumbaa (Seth Rogen) try to distract their hyena enemies, they do so not with the same song from the original “The Lion King”…you know, the one being remade…they do so with a Disney song from another film. It isn’t self-referential humor so much as the company gorging on itself, and its latest live-action failure is a sign that its continued hunger for more is making its own tail part of its neverending feast.

For its latest remake, Disney is banking on nostalgia in a capacity that’s unusual, even for them. When it was first released in 1994, “The Lion King” became an instant classic, earning love from critics and audiences alike. We also tend to forget it’s one of Disney’s darkest, most mature films that not only graphically depicts the death of a beloved character on-screen, it also shows a son grieving over the body afterward. How do you recreate that emotional experience without coming off as merely retreading it? In most cases, you don’t, and the 2019 version certainly doesn’t, in spite of eye-popping visuals and a fantastically talented cast.

The 2019 “Lion King” starts off the way most disasters generally do: innocently enough. The movie actually dares you to resist that nostalgic pull, beginning with a shot-for-shot redo of opening song “Circle of Life” that is so beautifully animated any resistance is futile. How everything goes downhill from there begins with the introduction of the villainous Scar (Chiwetel Ejiofor), who is bathed in darkness and shadows in sharp contrast to his older brother Mufasa (James Earl Jones), who is enshrined in righteous, golden light. 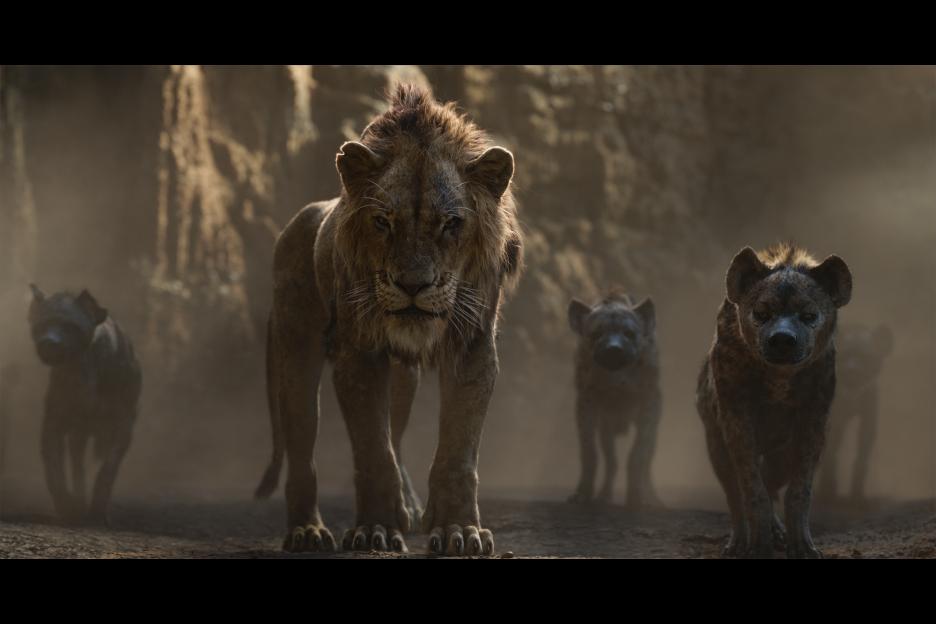 So far, not so good in addressing the very real problems in the predecessor, which was rightly accused of advancing a fascist narrative where the beautiful, strong, rightful rulers were displaced by darker characters literally consigned to the shadows of their society, with the land literally suffering for it. 2019 makes it clear that Scar is far more than a villain. He is a disrupter of the natural order, the circle of life itself, which apparently depends not on adaptation and innovation, but on the power staying where it is and others staying firmly in their designated place. Scar’s refusal to do so makes him a far more menacing presence, one who doesn’t so much sit next to his nephew Simba (JD McCrary) as lurk, awaiting his chance to do in the adorable young cub.

Things get even more awkward once Simba flees Pride Rock and is taken in by Timon and Pumbaa. There philosophy of Hakuna Matata always involved embracing a more carefree way of living, but their home isn’t so much a sanctuary this time as a hippie commune, which embraces the nihilism inherent in a meaningless line rather than the approved Circle of Life. Timon and Pumbaa aren’t just outcasts who’ve found another way of surviving in a world that’s rejected them. They’re embracing an irresponsible way of living which refuses to acknowledge any effect their actions may have. Thank goodness Rogen and Eichner have the kind of comedic chemistry that allows them to add some life and actual humor to this lecture disguised as a comedy routine.

It’s not good to be outside the established order here. Also it’s best if you’re not female. You’d think no one would put Beyonce in a corner, but she’s shockingly not given much to work with as Nala. Even from a cub, when she’s first voiced by Shahadi Wright Joseph from “Us,” she’s the responsible one who’s meant to curb the carefree male who has to learn to live up to his responsibilities. Once she meets the adult Simba (Donald Glover), there love story is so rushed that their romantic song “Can You Feel the Love Tonight” takes place in the afternoon about a few minutes after they’ve met. Simba’s mother Sarabi (Alfre Woodard) doesn’t fare much better, refusing Scar’s advances but not doing much else to rebel until her son shows up and there’s the right man for her and Nala to get behind. Simba does so surprisingly quickly, given that the past that’s been haunting him is thrown aside in just a few minutes. 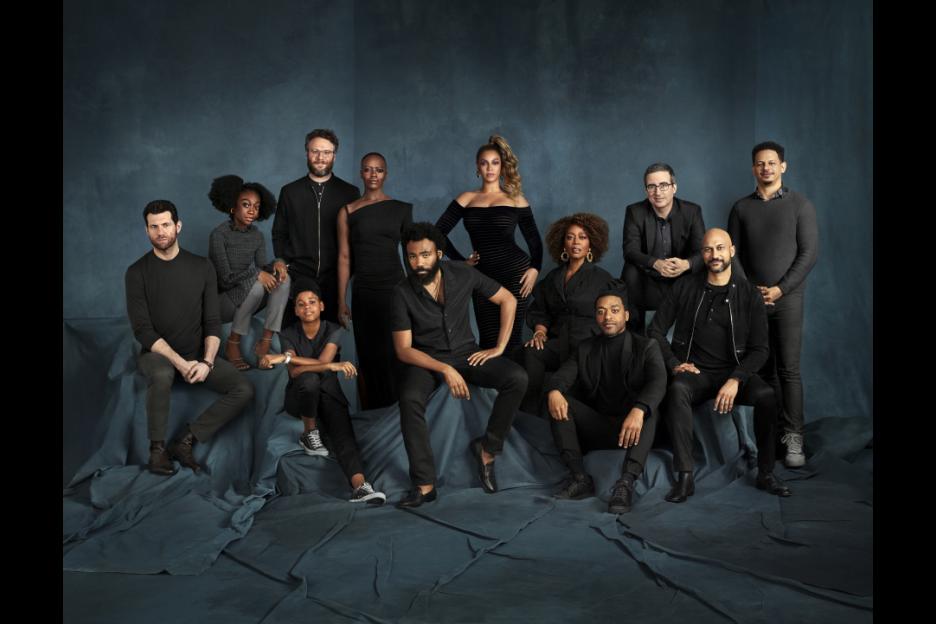 And yet…all of this, the waste of the great cast, which also includes John Oliver somehow improving on the original Zazu, still isn’t the most appalling thing about this movie. No, the truly appalling thing isn’t just that Disney already did this better, they did it twice. And the second time they accomplished much of what they’re attempting to do now. Julie Taymor’s Broadway play adaptation was a spectacularly creative endeavor which not only gave the female characters more of a spotlight, she gender swapped Rafiki while retaining the character’s weird, lovable personality and humor. Did I mention the latest Rafiki (John Kani) is a mere collection of quirks who’s only around when the plot needs a nudge?

Anyway…Taymor also enlarged Nala’s role and even gave her her own song, something she doesn’t get in this movie, EVEN THOUGH SHE’S PLAYED BY BEYONCE. That a voice so beautiful and so recognizable isn’t used to the full effect is…well, it’s the same reasoning behind so many other choices in this movie, including the photo-real animation, which gives us a realism more suited to Disneynature, which deprives the lions not only of nearly all human expression, but distinction, especially once the characters are grown and are barely distinguishable from each other. Director Jon Favreau clearly knows how to put real soul into potentially soulless technological marvels, but even he can’t inject some passion into a film that could never be anything but a lifeless husk.

from A Reel Of One’s Own https://ift.tt/2Y6QuS1
via IFTTT