In Spider-Man: Far From Home, Peter Parker (Tom Holland) goes on a school trip with his classmates to Europe, a vacation Parked undoubtedly needed after going to space, disappearing into a cloud of dust, coming back to life, defeating a galaxy-threatening Thanos with dozens of other superheroes, watching his mentor and father-figure die, and trying readjust to a normal life after all of this.  Before Parker heads to Europe, Happy Hogan (Jon Favreau) informs him that Nick Fury (Samuel L. Jackson) wants to talk to him about a mission.  Peter ignores Fury and heads on vacation and begins to readjust to a normal life.  Fury finds Parker, however, and recruits him on a mission, taking Peter away from his friends and the girl he has a crush on, MJ (Zendaya), and pitting him against a villain he doesn’t feel worthy enough to fight.  This frustrates Peter and frustrated this critic, as I loved all the quieter, smaller moments of the film and was completely bored and taken out of the film when the action happened.

We are living in a post-Endgame world.  Everything has changed.  Tony Stark is dead, Captain America is an old man, and the world now knows that intergalactic threats are real.  Who will lead the Avengers now?  According to Nick Fury, and even Tony Stark from beyond the grave, it’s Peter Parker and Spider-Man, though Peter has other ideas.  Even if he engaged in an Avenger Civil War, went to space, and helped defeat Thanos, Peter still sees himself as a regular, neighborhood hero and wants to live a normal life.  He wants to hang out with his friends, he has a crush on a girl, he wants to live the life of a fifteen-year-old and being the lead Avenger doesn’t allow that.  It is this struggle that drives Far From Home and the part of the film that I simply loved.

Tom Holland isn’t my favorite Spider-Man (that honor goes to that O.G. himself, Tobey Maguire), but he is far and away my favorite Peter Parker and I would love to hear someone argue otherwise.  Watching this version of Parker navigate his life as a confused teenager is incredibly grounded and authentic, even if he is a superhero.  We want Parker to succeed and have the life of a high schooler, but we know he can’t.  He’s a child who is forced to grow up, regardless of if he wants to or not. He is living in the shadow of Stark, yet doesn’t want to be Stark.  He wants to be himself and do his own thing, whether that be becoming leader of the Avengers or just a kid trying to graduate high school.

Watching him in his high school environment is a real treat, particularly his relationship with MJ.  Both Tom Holland and Zendaya are 23-years-old, well beyond the fifteen-year-olds they play in the film, yet the two play weird high schoolers perfectly.  Neither Peter nor MJ are your conventional “cool kids” in their respective high school and both have an awkward energy that works perfectly for two young kids who don’t know how to express that they like each other.  Every scene the two had together I was smitten.  I loved how they talked to each other, I loved how they looked at each other, and I loved the endless chemistry between them.  I also enjoyed the chemistry between Holland and Jacob Batalon as his best friend Ned.  The two pick up right where they left off from Homecoming and are an absolute ball to watch.  Really, I loved watching every scene where Peter was with his friends and classmates.  There might have been a little too many Martin Starr and JB Smoove bits, but that’s easy to look past when everything else is perfect.

There are even smaller moments with Fury and Happy that I liked a lot, particularly the plane conversation between Peter and Happy after Peter believes he has lost it.  These scenes really let Holland shine and add more heart and emotion to the film, allowing us to really feel for Peter and his situation.

My issues with the movie are when Peter is in the Spider-Man costume, namely the action set-pieces, and the villain.  Jake Gyllenhaal plays Quentin Beck, a.k.a Mysterio, the villain in the film (contrary to what the marketing might want you to think) and while he is dialed-in to the performance, his character was a wasted opportunity for something more interesting and deeper.  Beck is a disgruntled former employee of Stark and has plans for a post-Stark world.  An interesting idea with a lot of cool visual pieces, but one that is never developed further.  This could have been a “sins-of-the-father” type movie, as Peter must deal with issues that Tony left behind, which would have added another layer to the film.  Beck also has a Jeff Bezos, tech-giant mentality who’s all about deceiving the public perception.  All really cool stuff, yet not developed correctly.  We’re just looking at an angry former employee who wants revenge.  The action here is very flat.  Every time there was an action scene, I was annoyed that I couldn’t watch more Peter and MJ or Peter and Ned.  I was annoyed that the film wasn’t developing Peter more.  It was just bland explosions that bored the hell out of me.

There’s a lot of good things in Spider-Man: Far From Home.  I liked the coming-of-age story of Peter Parker, the emotional core about living in a post-Tony Stark world, the relationship of Peter and MJ, and the performance of Holland, Zendaya, and Batalon.  But the under-developed Mysterio and the weak action really hurt the film overall.  There are two credit sequences, one mid-credit and one post-credit, and the mid-credit scene is probably the best scene in the entire movie, which might be an indicator of the quality of the movie. 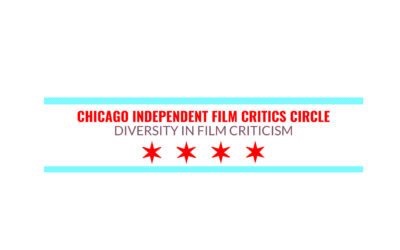 from Kevflix https://ift.tt/2YqvT7L
via IFTTT