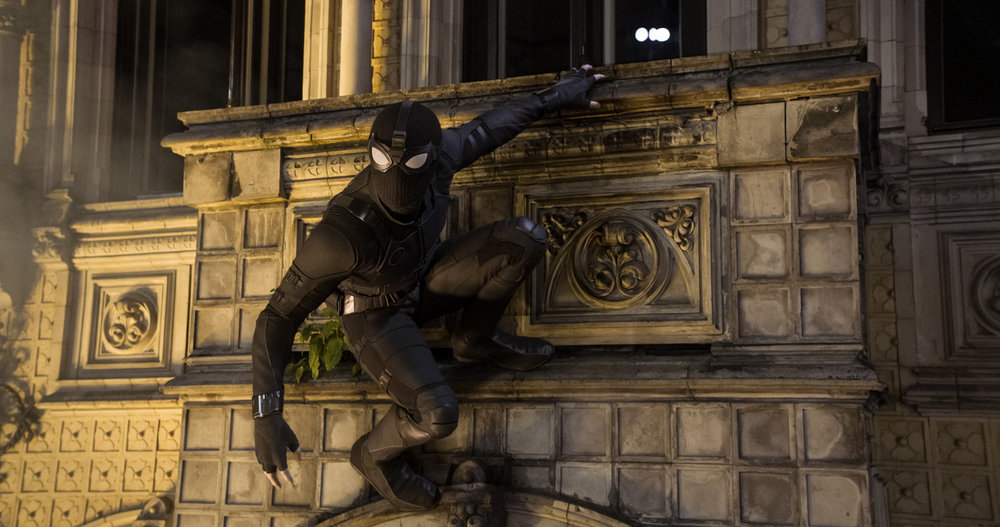 The overwhelming internal tone and external vibe of Spider-Man: Far From Home is attempting to answer the reactionary and optimistic question of where do we go from here. Inside the movie, Peter Parker’s world is reeling from the passage of irrecoverable time, losses of heroic inspiration, and relationship challenges fitting of his age. For audiences entering the aisles and seats, they come curious about the closure of this phase of the Marvel Cinematic Universe, the possible opening of another arc, and where Sony can take this emerging classic character in the future. Jon Watts’ sequel answers those worries and wonders with soaring zest and jest.

Echoing the vlog opening of Spider-Man: Homecoming, the student news program from the plucky kids of Midtown School of Science Technology fills in the post-Endgame fallout where even they drop the “phase” label. They, in their own aloof and amateur way, explain the reappearance of the vanished populace as “The Blip” and detail some of the societal and personal adjustments. By means of Whitney Houston ballads and worldwide “in memoriam” tributes big and small in the last eight months, humanity mourns the sacrifices of the fallen Avengers, especially the iconic face-that-ran-the-place Tony Stark.

Peter Parker (Tom Holland), his guy-in-the-chair best bud Ned (Jacob Batalon), bullying rival Flash Thompson (Tony Revolori), and the objects of Peter and Ned’s affections MJ (Zendaya) and Betty Brant (Angourie Rice) have all returned from The Blip behind their classmates. The good news is they are welcoming a two-week trip to study abroad in Europe with two hapless teacher escorts (J.B. Smoove and a returning Martin Starr). A supportive Aunt May (Marisa Tomei) and a watchful Happy Hogan (Jon Favreau) send Peter on his way with a wink and his superhero costume just in case. Peter, though, just wants to have this dedicated time with his friends rather than get caught up needing to save the world.

LESSON #1: “UNEASY LIES THE HEAD THAT WEARS THE CROWN” — A final bequeathed gift from Tony Stark to Peter, a special pair of eyeglasses dubbed EDITH that control Stark’s satellite drown defense network, are accompanied by this quote from Shakespeare’s King Henry the Fourth. A person who has great power and responsibilities, such as a king or a superhero, is constantly worried and therefore remains uneasy. Despite the hilarious “Bitch, you’ve been to space!” retort and urging from Nick Fury (a second-billed Samuel L. Jackson), Spider-Man does not feel ready whatsoever to be an Avenger. Combine this with Lesson #2 later and Peter becomes overloaded with responsibility.

The web slinger has no such luck for a vacation when Fury and Maria Hill (Cobie Smulders) keep calling. Their patchwork remnants of S.H.I.E.L.D. have been tracking elemental monsters (nods to comic villains Molten Man and Hydro-Man) from a parallel dimension and, sure enough, one emerges to attack the famed canals of Venice when Peter is there, forcing him into action. The threat is destroyed by Quentin Beck (Jake Gyllenhaal), a powerful heroic figure from the same alternate Earth as the monsters, who takes the name Mysterio. Despite Peter’s initial refusal to step up and join Beck with S.H.I.E.L.D to take down the other coming creatures, Fury manipulates Peter’s trip itinerary to lead him and, unfortunately, his besties conveniently into harm’s way in new cities.

LESSON #2: THE DANGERS AND WORRIES OF NORMAL LIFE ARE ENOUGH — Through all of the peril thrust at Peter, the personal hurdles away from his costumed alter-ego turn out to be the harder obstacles. This hero is still a kid, a teen with all of those upfront and undeveloped wishes and desires. His social and mask-less identity fears, especially those connected to MJ, bring him more frozen fear than combating any flurries of super-powered menace. Kudos to director Jon Watts for keeping this tone intact and not growing Peter up too much or too fast. Tom Holland is maturing perfectly and ever so gradually in his fifth movie as this icon. Enjoy the “Peter Tingle.”

This excessive forced participation of Peter’s educational entourage is one of the few unreasonable flaws of the movie. Sure, the teen flings and minor shenanigans are cute at times, but most of their provided humor is witless, especially the one-liners of J.B. Smoove. Their constant placement as the primary bachelors and damsels in distress in each action sequence gets awfully repetitive. Sidekicks are better on the side, and the busy body script from the returning hit-making writing team of Chris McKenna and Erik Sommers (Spider-Man: Homecoming, The LEGO Batman Movie, Jumanji: Welcome to the Jungle) shows a creative thinness there and places to trim running time. Even Fury and the S.H.I.E.L.D. elements are a bit overused in a second Spider-Man movie that should be able to stand on its own. Take the training wheels off and let the kid go. The best notes of comedy come from Jon Favreau’s elevated warmth and mirth to take over some of the stewardship of young Peter. His scenes are a delight and proportioned just right.

LESSON #3: “PEOPLE ARE EASY TO FOOL WHEN THEY’RE ALREADY FOOLING THEMSELVES” — The headiest Spider-Man: Far From Home gets is this line from Quentin Beck bending Mark Twain’s quote of “It’s easier to fool people than to convince them they’ve been fooled.” There is a minor commentary layer present of over-believing what we see and hear. The movie’s twists and turns (stay through the credits, of course) promise this being a concern moving forward.

Opposite to the over-packed friendly side is the dominant presence and impact of Jake Gyllenhaal as Mysterio. What a casting coup to land the Oscar nominee! Comic book fans know that character is more than meets the eye, and Jake plays the two sides of confidante and challenger to heightened perfection fitting of his immense talent. For fifty years, a full and modernized manifestation of Mysterio’s powers of illusions in a movie felt impossible where a cartoon would be the only place to do that character justice. Dream no more, or, more appropriately, keep dreaming away. The special effects by The Matrix Oscar winner and returning Spider-Man: Homecoming supervisor Janek Sirrs are arguably the MCU’s best since Doctor Strange.

The stunning visuals power this movie’s unshakable pep. The action sequences and stunts coordinated by regular Christopher Nolan collaborator and second unit director George Cottle and his teams are dazzling in display and smoothly refined by dual editors Leigh Folsom Boyd and Dan Lebenthal. The bumping bravery of Michael Giacchino’s brassy score amp up the kinetic energy even more. All of this is a downright blast and a big screen feast for a summer movie season that has burned more cinematic food on the grill than it has properly served. 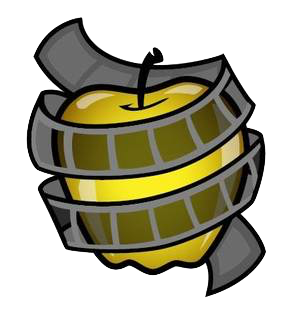 from REVIEW BLOG – Every Movie Has a Lesson https://ift.tt/2RMYGRx
via IFTTT