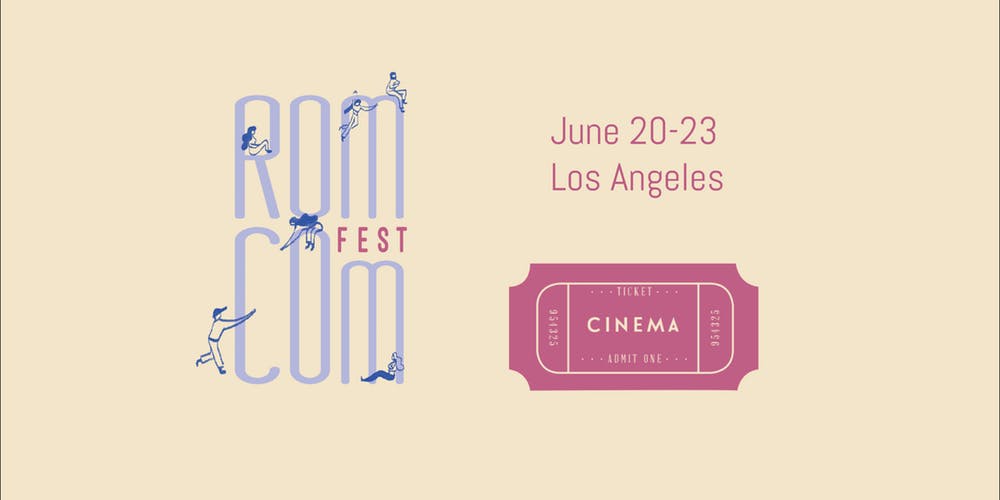 Chicago might have hosted the rollicking Cinemapocalypse this past weekend celebrating the sparkle and splatter of horror, but that’s not this critic’s speed. Give me something spry on the other end of the spectrum. Across the country from June 20-23, Los Angeles hosted the very first Rom Com Fest focusing on the lighter genre on escapism.  Featuring a specially curated “classics” program that included His Girl Friday, 10 Things I Hate About You, and How Stella Got Her Groove Back, that was my kind of party.

Founded by entrepreneur and romantic comedy connoisseur Miraya Berke, the goal is celebrating the joy to be had and the art on display in this undervalued film genre. I think this is a smashing idea for a festival and I jumped at the chance to offer some remote coverage for its five-film competition slate. Compiled below are my capsule reviews for the movies I viewed in order from highest to lowest recommendation: 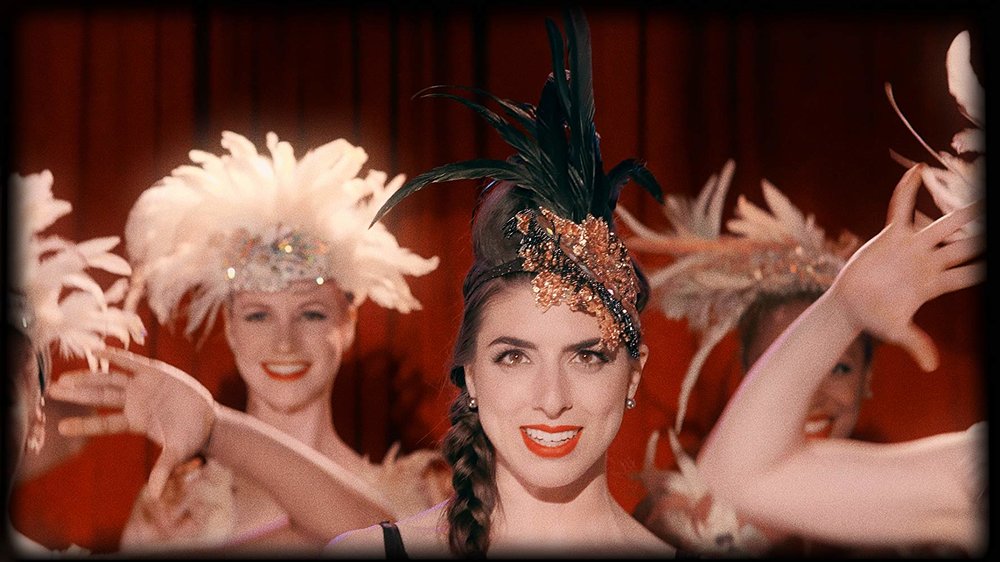 With biting personal commentary and high creativity to bend and break the tropes of romantic comedy, do-it-all talent Ann Lupo has crafted something entirely unique with In Reality. In a very The Secret Life of Walter Mitty fashion meets Eighth Grade ten years later, her film plays like a performed stream of consciousness coming from flighty woman of wavering success and confidence. Lupo plays a semi-autobiographical Ann who decides to make a movie about her most recent and most impactful romantic relationship. Divided into titled chapters scribbled into a journal, In Reality takes viewers through the ups-and-downs caused by the flutter and failure of her time with John (Miles G. Jackson).

All of the character’s emotions, reactions, and fantasies, from confusion to whimsy, are acted out by Lupo and then hyper-edited by her, co-writer/co-star Esteban Pedraza, and fellow editor Erin Sullivan (Coming Through the Rye) into this extended dream. The pace and construction of this unique project is one of the best editing works of recent years, right there with the details of last year’s Searching. In Reality also shifts speeds, colors, grains, and stocks within all of that construction for a sharp and immersive presentation. You’ve never seen a modern romantic comedy like it.

In Reality won the Best Feature Film award from the Rom Com Fest and it’s easy to see why. I just cited Ann’s performance this weekend as the best I’ve seen so far this year for David Ehrlich’s weekly IndieWire Critics Survey. Put the on-screen effort right there with Lupita Nyong’o from Us and Tarik Egerton from Rocketman. A true indie gem and artist such as this deserves bigger acclaim and attention. In Reality is available for VOD on YouTube, Google Play, and PantaFlix and it’s worth every penny of that rental.

TWO IN THE BUSH 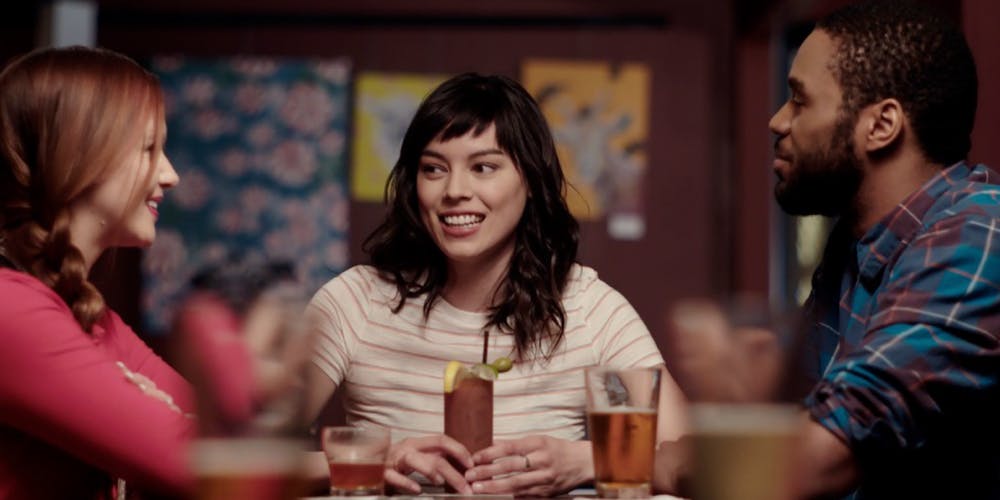 Sarah Mitchell’s Emily finds herself unemployed and single after her documentary filmmaker boss leaves the country and her female partner sleeps with her male best friend. Digging her life up off her friend’s (Chicago actress and comic Melissa DuPrey) couch, she picks up a personal assistant job for Nikki (newcomer Caitlin Aase), an entrepreneur of personalized adult entertainment experiences.  Emily and Nikki endear themselves to each other at the same time Emily becomes smitten with the business’s soulful artist and loyal handyman Ben (dashing TV actor Travis Delgado). The wrinkle is Ben and Nikki are in an open relationship, one that’s willing and wanting to add Emily.

Once again, what is dismissed and devalued in other places as kink becomes a heady love triangle situation in Two in the Bush.  The trials and tribulations on display are interesting and fresh.  The frankness is kindly yet modern. Sure, the film has its rookie challenges and few shorthanded tropes alongside its big ideas, but the honesty is too good to pass up. 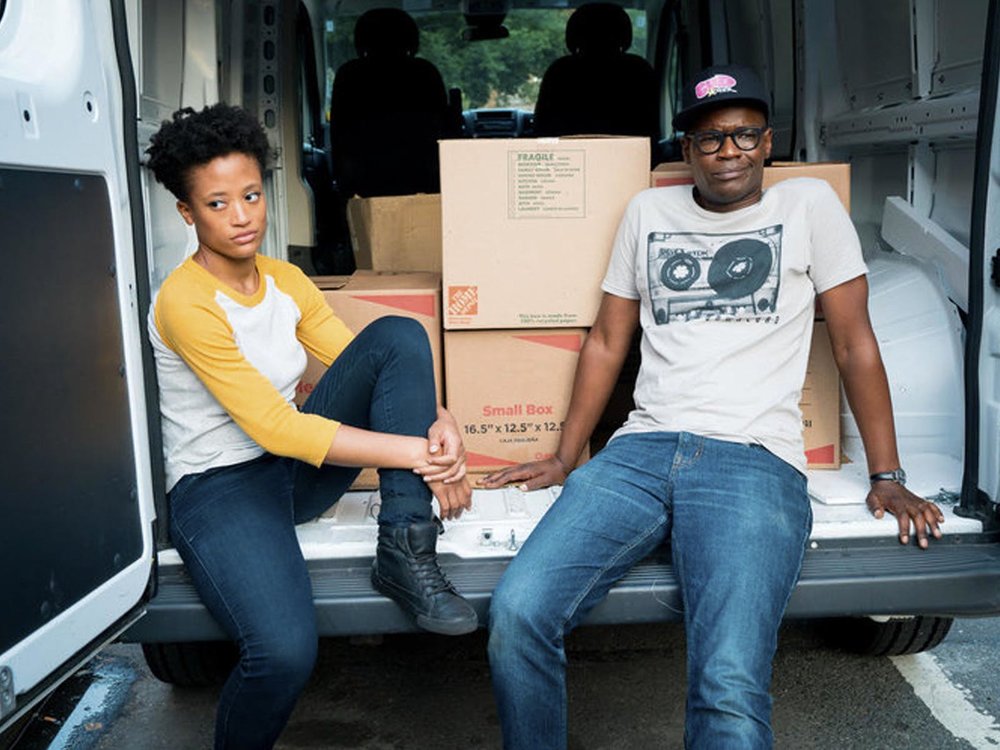 The slice of Brooklyn inhabited by the proud African-American community members in One Bedroom reels from gentrification.  A nice and affordable place to live is rare and pure home ownership among this demographic is even rarer.  To leave an ideal living situation would take quite the catalyst for someone to choose harder and more expensive freedom over supported comfort.

Melissa (a forceful Devin Nelson, in her feature film debut) has one of those reasons: a break-up beyond its own breaking point.  For the last several years, she has lived with Nate (enigmatic writer-director Darien Sills-Evans), an immature manchild DJ who flirts too much and fails to give the proper attention to Melissa at home.  We are hearing about their story as Nate recounts the happenings of the weekend to his barbershop buddies. One Bedroom debuts the couple on the morning she moves out.  They are stirring from a goodbye pity lay where Melissa is done and ready to go and Nate keeps trying to plead his case for her to stay.  Their arguments and remembrances that follows take us into their story.

To its great credit as a DIY micro-budgeted indie, One Bedroom is higher minded that some piss-and-moan break-up story.  The characters veer close to caricature, but always settle down to be grounded and more real than some Hollywood product that would insist on raunchier content or gags.  Even in a film a shade shorter than 90 minutes, Sills-Evans take the time to provide the background motivations and experiences of these characters before the splitting collision of the present stakes and moments.  That’s a talented writer and filmmaker right there with the potential to do more with greater opportunities. Tip your hat and remember his name. 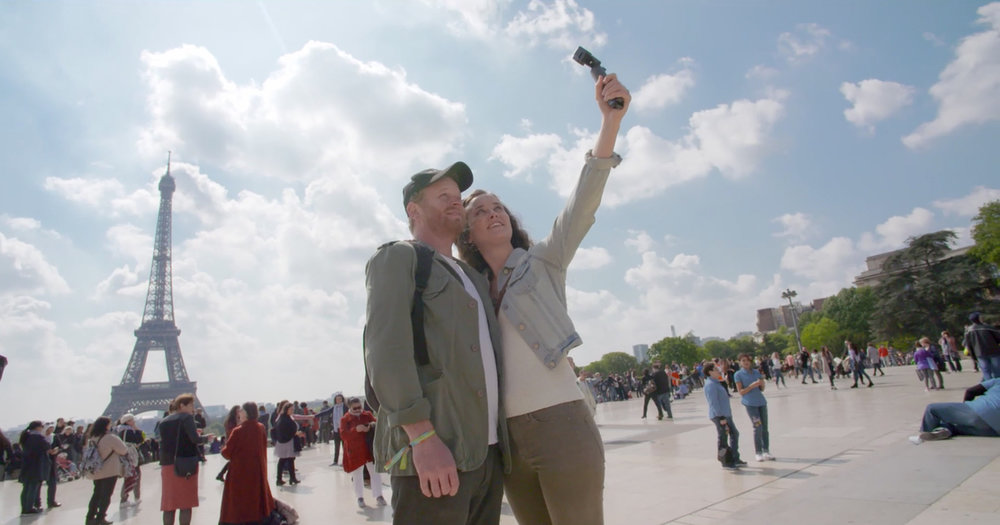 Bounding like a plucky travelogue between two longtime partners, Tracks combines vacation heaven and vacation hell in some of the world’s prettiest places.  Lucy (Tucked’s April Pearson) Chris (relative newcomer Chris Willoughby) are two Brits who have embarked on a rail holiday through Europe with little more than two backpacks and their optimistic spirits.  He is more than a bit of a doltish prick who gets more things wrong than right. She is the practical brains of the operation who has long loved Chris’s dedicated puppy dog mess despite his ne’er-do-well screw-ups.

They are your classic “how are you with so-and-so” odd couple that should probably be either tying the knot to make things permanent or cutting their losses and running for the hills.  This trip tests their love, patience, and mettle in a series of amusing pitfalls, parties, and wrong turns. Despite plenty of bickering and moments of failure, Tracks keeps its tone light and loose.  The improvised banter and back-and-forth dialogue written by Pearson, Willoughby, veteran director Jamie Patterson, and co-writer Finn Bruce is the prime source of that potential merriment.  There are times the movie is as lost as its characters. However, the playful sights and sounds are often very charming.

from REVIEW BLOG – Every Movie Has a Lesson http://bit.ly/2ZQ2Fjb
via IFTTT