There’s Big Ben, Parliament… Big Ben… Parliament… Landmarks are more than just a way to know where we are. They are beautiful monuments to human ingenuity and engineering marvels unto themselves! Naturally, there are many great Landmarks in film. This week on CinemaJaw we tour the globe in search of the Top 5 Famous Landmark Scenes in film. 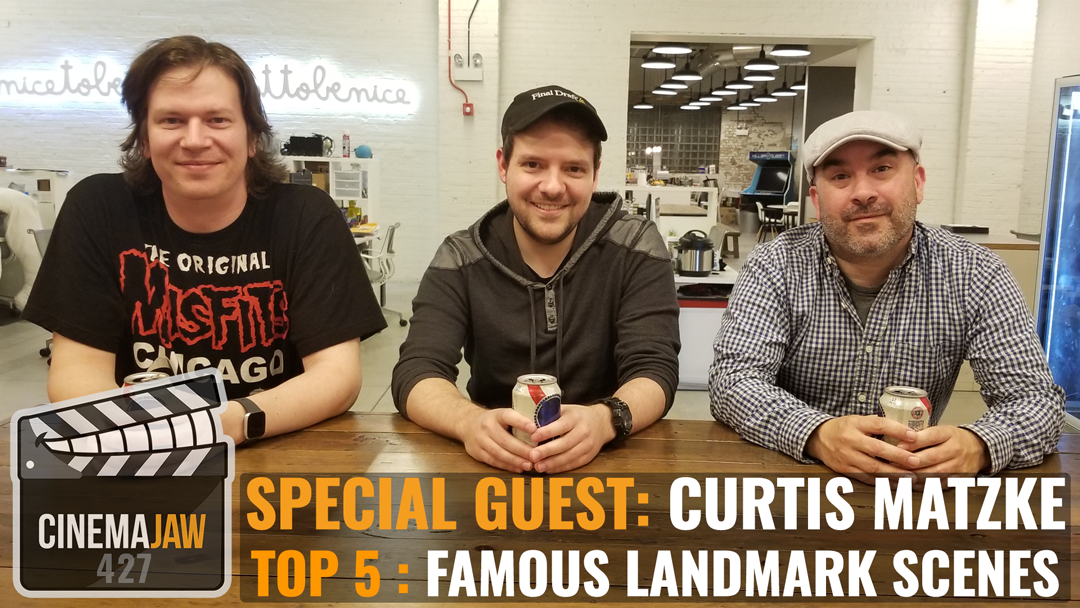 Joining us is a filmmaker who is a bit of a landmark himself! Curtis Matzke is a Chicago-based screenwriter and director who also works as a producer and cinematographer. As the founder of the media production company Unfurnished Films, Curtis has contributed to dozens of short films and produced four micro-budget features. His work has been included as part of the Austin Film Festival, Chicago International Film Festival, Cinequest Film & VR Film Festival, and more. In 2018, Curtis was named “Most Diabolical” by the National Academy of Sciences and the Austin Film Festival. He is the recipient of a professional development grant from the Illinois Arts Council and in 2019 founded The Chicago Cinema Collective, a comprehensive compendium of the Chicago film scene. Wow!

All aboard! Next stop, famous landmarks! Be sure to get your passport stamped!