“Men In Black: International” begins with a keen sense of fun, with the iconic Columbia Pictures Torch Lady donning the trademark MIB glasses. That playful spirit mostly remains with it throughout, even when the movie could use some seriousness.

For the latest iteration, Tessa Thompson takes over Will Smith’s role as our new guide into the world of the MIB. Molly had keen STEM interests from the start, but a childhood encounter with an alien leads her on a quest to find the Men In Black so she can delve into the secrets of the universe. Just when you’re wondering why a tech geek would take an actual taxi around the city, she does indeed manage to find the organization, where they are thankfully still blessed with the presence of Emma Thompson as Agent O. O is willing to give Molly a chance, sending her off to London for further training.

One futuristic, high-tech train ride to London later, Molly, now Agent M, is happily immersing herself in her new world. She quickly notices Chris Hemsworth, aka Agent H, a mostly competent but arrogant guy who’s in something of a crisis. M manages to invite herself on one of his missions, where he’s tasked with entertaining a high-ranking alien. When that quickly proves complicated, the two find themselves in the middle of a conspiracy within the MIB which could threaten the entire universe. 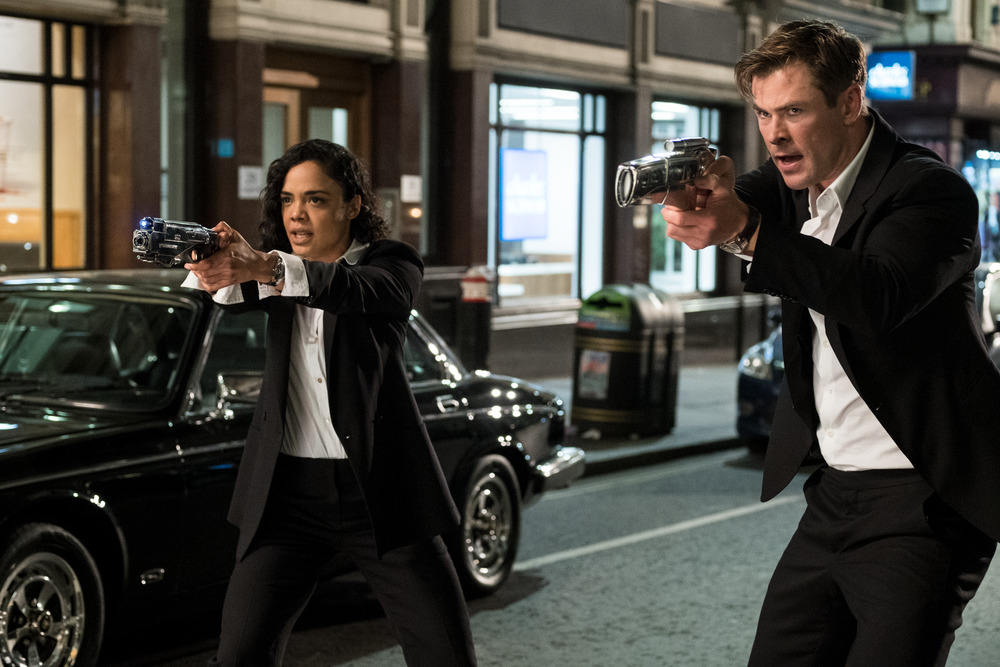 It’s a simplistic premise, but it would still be pretty easy to screw up. It’s hard to imagine a franchise that’s basically about government agents going around brainwashing people – and being the good guys – in any other decade but the 90s. “Men In Black: International” makes such a premise look like an easy sell even in our modern era, with plenty of callbacks even as the movie carves out its own path. Tessa Thompson and Chris Hemsworth have an easy, believable chemistry that’s now somewhat born of familiarity after their work together on “Thor: Ragnarok” and “Avengers: Endgame.”

Hemsworth’s arc may be basically the same as the first “Thor,” movie which was also about a cocky, privileged man who is humbled and grows more as a person and as a warrior, but thankfully Thompson gets a little variety. M may be a tightly wound loner, but she is not defined by her single status, nor is she a killjoy. She’s funny, idealistic, and smart. Her ambition is also viewed as admirable, something to be rewarded rather than punished, and her scientific prowess is another facet of her personality, not a substitute for one, something Disney should take care to note. (Unless they now own this company too?)

F. Gary Gray, who established himself as a music video director before helming feature films such as “Straight Outta Compton” and “The Fate of the Furious,” proves himself once again as one of those rare talents who’s able to provide audiences with fast-paced action scenes without losing touch with the characters throwing the punches. CGI characters get their due as well, notably the adorably tiny alien Pawny (Kumail Nanjiani) who is less comic relief than a comic force all his own who is actually the source of the some of the film’s most touching moments while proving himself quite useful. 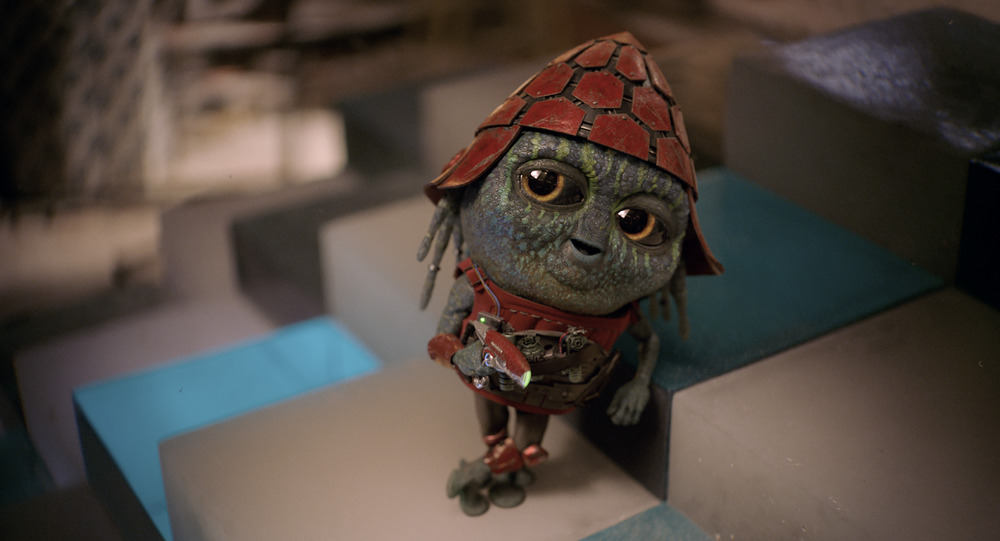 None of them are the source of any of the film’s problems, which include underexplored villains, even if their powers are cool and creative. And while action films aren’t exactly known for their surprise endings, it’s even easier than usual to guess just what is going on, and just who’s pulling the strings. “Men In Black: International” could’ve been far better and braver if it had included some commentary on today’s refugee crisis and the prejudices against those seeking a better life, rather than just giving us a single scene with some brief history of past alien immigration. Given that the MIB is basically an international peacekeeping organization working on behalf of both Earth and a hidden class of aliens, so neglecting to comment on today’s environment feels less in service of escapism than cowardice.

Gray also probably couldn’t do much about the last scene, which is puzzlingly clumsy in the way it sets up a sequel we know is coming, depending on whether box office receipts match or exceed studio expectations. While “Men In Black International” hardly charts new ground, at least it forges enough of its own path to keep things fun.