THIS WEEK’S QUESTION: What is the best movie ever about TV?

This week’s pick for me was an instant no-brainer. Sidney Lumet’s masterpiece satire has evolved from being a sarcastic time capsule to a modern-day cautionary tale we’re nearly living. I do have to love these other picks included this week and I most especially need to clear out that blind spot for Broadcast News. Summer break can’t get her soon enough. 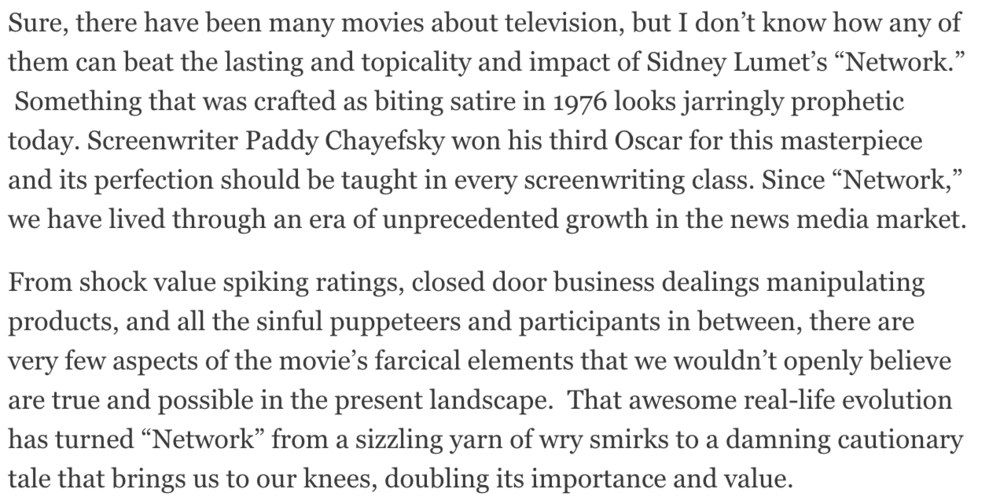 from REVIEW BLOG – Every Movie Has a Lesson http://bit.ly/31rJXQA
via IFTTT