“Dark Phoenix” begins with Jean Grey (Sophie Turner), a young woman under the influence of a powerful cosmic force, musing about who we are and how much control we have over our fates. Funny how this contemplation also mentions who others want us to be, since it’s very clear what the movie expects Jean Grey to be from the beginning.

Her origin story of just how she was taken in by Charles Xavier (James McAvoy) is the first of many missteps. The eight-year-old Jean Grey (Summer Fontana) is a threat from the start, causing a car crash that leaves her unscathed thanks to her abilities. Her parents aren’t so lucky, and Jean is sent to live at Xavier’s school in the hopes of learning some control. A more complex reading would’ve been to stick with her original origins, which had her traumatized due to psychically experiencing her friend’s death, rather than always being viewed as a dangerous force.

Anyway, things seemed to have improved for mutants at the beginning of “Dark Phoenix,” with the X-Men having become beloved heroes akin to the Avengers. Such is their celebrity status that they have a direct line to the President, which explains why they’re called in after a space mission goes wrong. In order to rescue all of the astronauts, Xavier pushes Jean Grey (Sophie Turner) further against Mystique’s (Jennifer Lawrence) wishes, causing Jean to encounter a mysterious cosmic entity that greatly amplifies her powers. 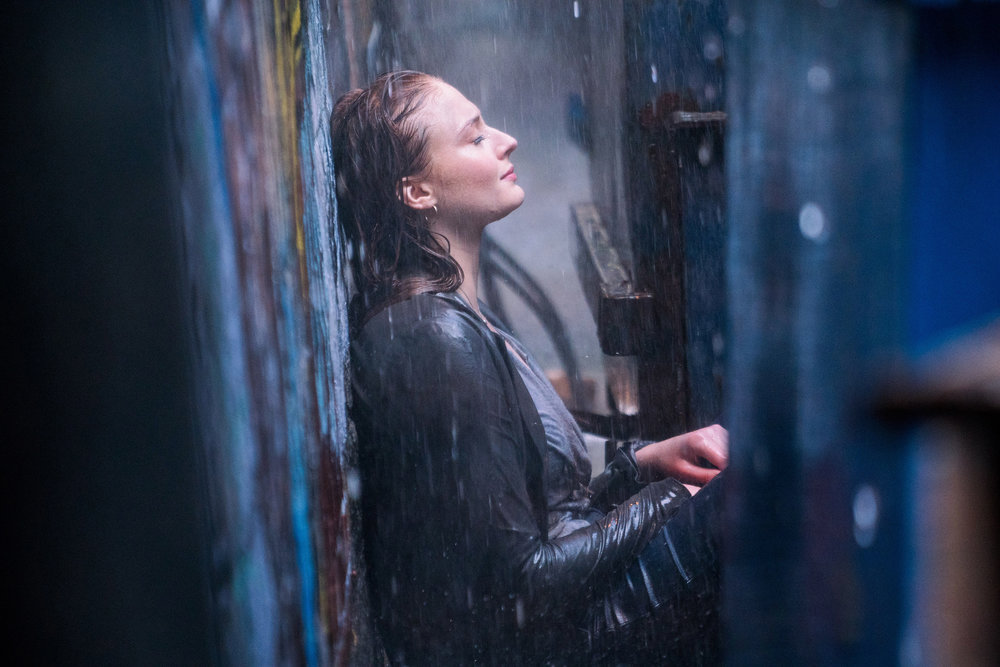 Jean then begins experiencing sudden bursts of power, with fatal consequences for one of the team. The true extent of just how much Xavier has tampered with her mind also becomes clear, even if he’s slow to accept not only how misguided his actions were, but how much he’s now responsible for Jean’s fractured state of mind. Such a violation leaves Jean vulnerable to the manipulations of an alien shapeshifter, played by Jessica Chastain, who wants to use Jean’s power to rebuild her homeworld which was destroyed.

This is where “Dark Phoenix” really gets awkward, and Jean’s characterization very haphazard. It isn’t just her powers, but her growing emotions which are seen as threatening. Her shifts are less due to character than whatever plot points are needed at the moment. Chastain may as well be the devil, tempting Jean with visions of awesome power, away from the good men who are trying to save her, such as her true love Cyclops (Tye Sheridan), and Xavier himself, who is always sympathetic. The same cannot be said for Chastain, who is trying to rebuild her race and her people, none of whom are much elaborated on beyond those facts, and whose true forms all resemble an evil Groot.

It all centers around the fact that this is the story of a young woman awakening to an incredible, cosmic power within herself just as she discovers a trusted male mentor has been lying to her. Basically, it’s “Captain Marvel.” Only that film was co-directed and co-written by women. “Dark Phoenix” was both written and directed by Simon Kinberg, who is making his feature directing debut after writing the much-disliked “X-Men: Apocalypse” and the outright maligned 2015 “Fantastic Four.”

Needless to say, when Kinberg tries to make a few gestures toward feminism, it falls pretty flat. Mystique has become the heart of the X-Men, and she is the one who sees how Xavier’s love of his newfound fame is undercutting his mission. But even her character is underserved by its laughable gestures toward empowerment, such as when she suggests renaming the X-Men the X-Women for how much work the women on the team are putting in. Umm, that is not how feminism works.

Xavier’s fondness for controlling the people around him in the name of the greater good has also been explored before in “Days of Future Past.” Swap out Mystique for Jean Grey and you’d get much the same message. When Magneto (Michael Fassbender) shows up, it’s also for more of the same, with the Master of Magnetism first being devoted to peace, then revenge, then…peace again? (It’s also startling to see the X-Men become just as cavalier as him about inflicting violence on their enemies.) Even the film’s climactic moments, which has Jean Grey choosing to embrace her emotions, rings hollow, not just because “Captain Marvel” did it first, but because Grey’s emotions have been portrayed as destructive up until this point. In the end, “Dark Phoenix” gives women permission to be emotional, as long as their emotions are properly directed towards the family. Yay?

from A Reel Of One’s Own http://bit.ly/2IqEy3h
via IFTTT