THIS WEEK’S QUESTION: What is the best movie cameo ever?

Keanu Reeves just got done dropping jaws and metaphysical truths in Netflix’s Always Be My Maybe this past weekend. It got David Ehrlich to wonder was was the best cameo ever. I was heartset on Alec Baldwin from Glengarry Glen Ross, but he’s technically a billed member of the cast. After that, it came down to Tom Cruise in Tropic Thunder or Christopher Walken in Pulp Fiction. You can read my pick and criteria below from the survey article. Many great picks from the other critics boost the list! 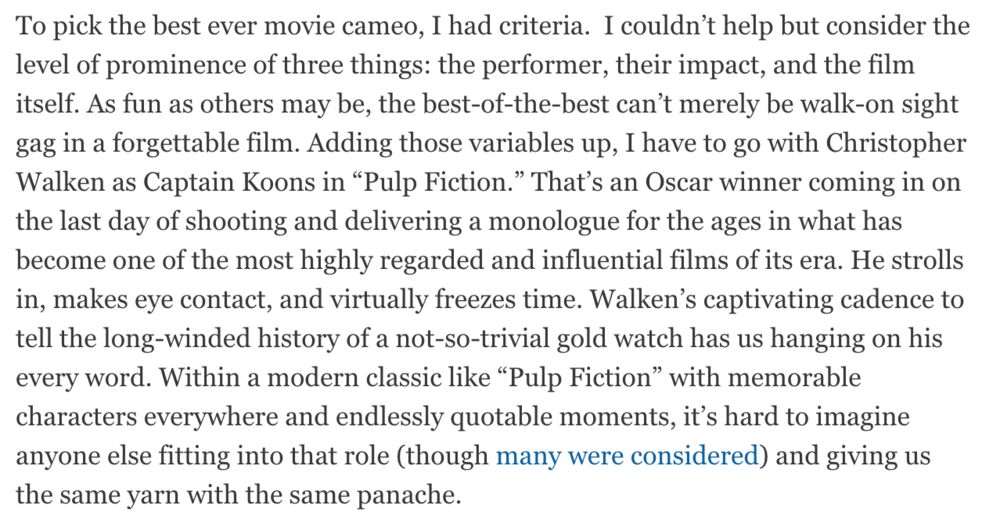 from REVIEW BLOG – Every Movie Has a Lesson http://bit.ly/2Mr5Hss
via IFTTT