Adolescence is a time full of possibility, where it seems like anything can happen, for good or for…not so good. It’s one of the reasons so many movies return to this time period, and why it leaves some forever stunted, or just with a longing to relive it. “Ma” is one of those films where the title character Sue Anne (Octavia Spencer) has been twisted by this time in her life, only to get a taste of recapturing it as one of those on the inside, rather than the awkward, humiliated outsider she was.

As in most horror movies, things are kicked by a relocation, in this case that of Maggie (Diana Silvers, dressed down in an attempt to be something other than a statuesque goddess), who moves back to her mother’s hometown from California after her parents’ divorce. She quickly finds a group of friends, one of whom, Andy (Corey Fogelmanis), becomes a love interest and later, boyfriend. In a small town with not much to do, the group spends their time hanging out and trying to find ways to booze it up.

During one such time, they run into Sue Anne, who agrees to buy them liquor. Before long, she is inviting them over to her house so they can drink in her basement, ostensibly to keep them in a safe environment rather than driving around drunk. She mentions a few too many times how she used to do the same kinds of things at their age, then gets way too into the parties happening in her basement, somehow gets a hole of the groups’ numbers, and even shows up at the kids’ school when they begin to shun her. 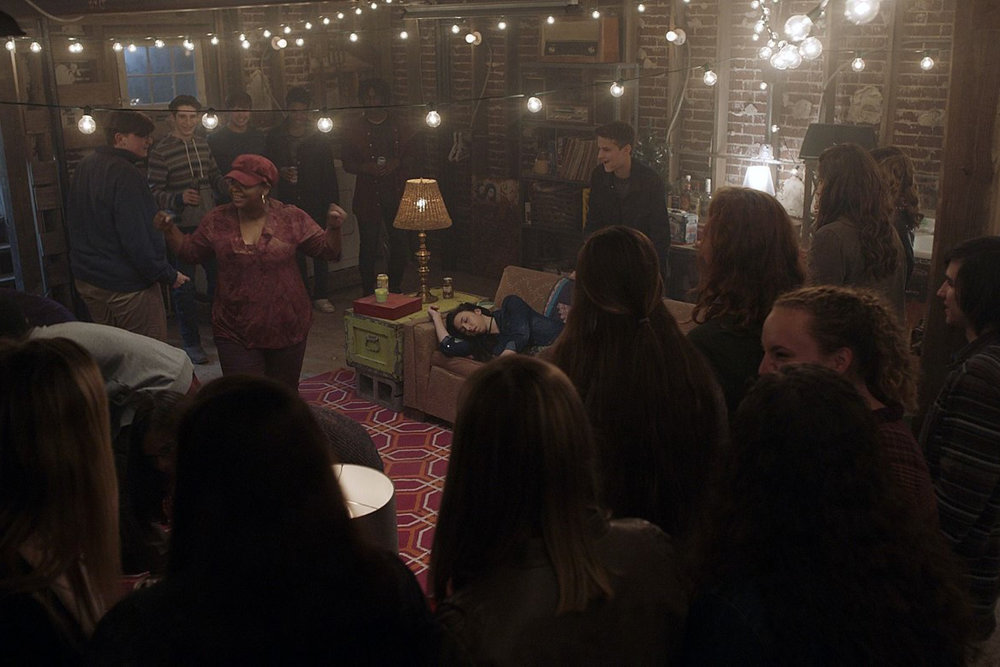 That Ma doesn’t react well to this rejection is an understatement. There are plenty of signs that she’s not quite right, ones that even teenagers with a firm belief in their invincibility should be able to perceive better. What’s puzzling is how Maggie seems to be the only one to consistently keep away from Sue Anne, or as the kids dub her, Ma. To the movie’s credit, it delves into the source of Sue Anne’s instability, and not just in flashbacks to her painful school days. Her present job at a veterinary clinic is also unsatisfying, with her boss regularly taking her for granted or outright belittling her.

Meeting Maggie and her friends is basically a trigger for Ma. Most of them are the children of her former classmates, and they’re the same age as Sue Anne was when those classmates played a cruel prank that scarred her for life. Crucially, Sue Anne isn’t the only one who has been warped by her past. To a certain extent, most of the adults in this movie are all trapped in the various roles their small town has designated for them. Theirs just come with more benefits.

Given all this, it makes sense that now would be the time for Sue Anne’s breakdown. What’s more surprising is how often the journey there is meant to be funny and actually comes off that way, one of the more hilarious examples being Ma getting into an argument with an even older woman as she’s getting a pedi. What drags the film down is the last stretch, and not just because the craziness goes to the next level. Why these kids would willingly go back to Ma’s house after everything is beyond me, making it harder to get too invested in the struggle. 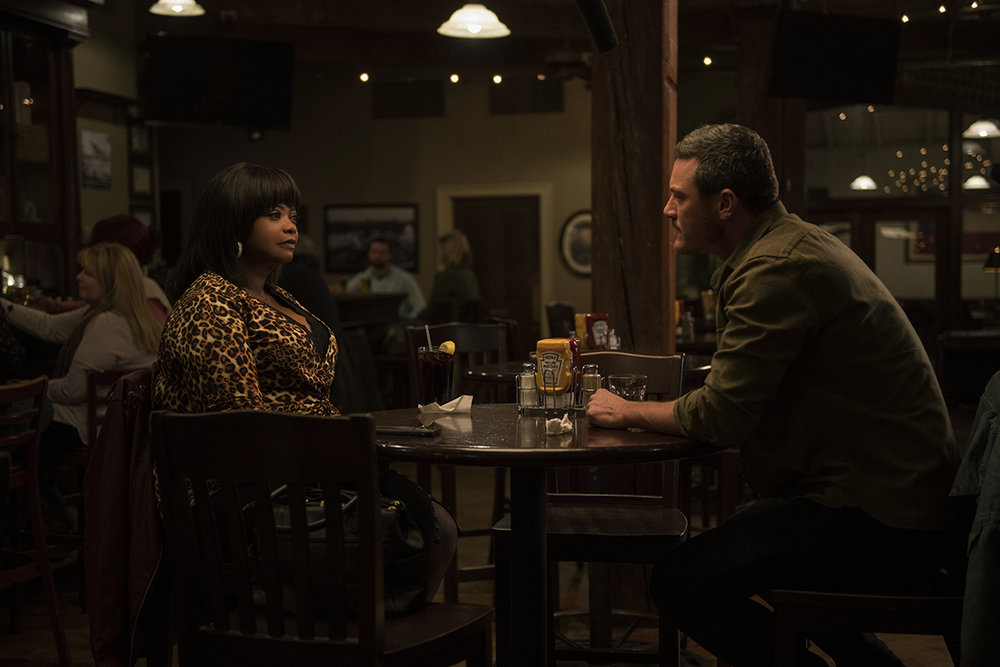 It’s nowhere near impossible though, and that’s mostly because Octavia Butler is gleefully selling the hell out of this. Black women rarely get substantial roles in horror, let alone the chance to lead them as a villain who is as sympathetic as she is terrifying. While the movie doesn’t much mention race, Sue Anne is very aware of how it’s played a role in her life, especially near the end when she literally paints the only Black member of the clique white, telling him, “They’ve only got room for one of us.”

It is the adults who are actually the most interesting ones to watch, from Juliette Lewis as Maggie’s well-meaning mother, the completely underused Allison Janney as Butler’s callous boss, and Luke Evans as a jock still sporting that entitled high school mindset. He is the symbol of power Ma lacks and craves. It’s why the film’s climax has Maggie renouncing the role also designated for her and similar attempts to make her in the image of her mother. In a world so defined by the past and the adults who are determined to repeat it (willingly or not), a new future requires a violent break.