THIS WEEK’S QUESTION: What is the worst movie ever and why?

Not too many critics are taking too kindly to Disney re-imagined Aladdin. I see the appeal, but it’s far from a great remake. That said, it’s far from the worst too. By golly, have there been some stinkers. This week’s IndieWire critics survey from David Ehrlich polled for the ugliest of the ugly and got ten selections. For the second survey in a row, I went to the 1990s, this time for Gus Van Sant’’s reviled Psycho remake. Misguided isn’t even the beginning of it. Any other choice here was going to be a distant second for me. 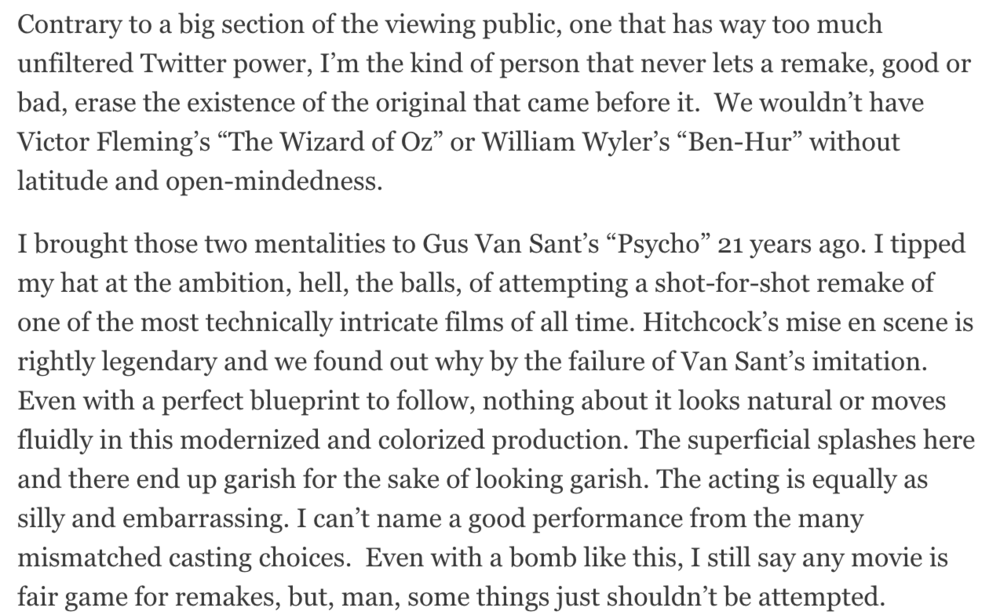 from REVIEW BLOG – Every Movie Has a Lesson http://bit.ly/2Wb5X2X
via IFTTT