“Brightburn” might be a story about a 12-year-old boy, but it’s very much about modern parental anxieties. How much can you forgive the child you loved and raised when he starts turning into a monster? And how do you stop him? Is it even possible?

The fact that the horror begins with everything symbolic of possibly our greatest iconic force for good and morality is a darkly gleeful bit of irony. Tori (Elizabeth Banks) and Kyle Breyer (David Denman) are a lovingly married infertile couple who live on a farm in Kansas. One night, they discover an object from space has crashed into their yard with an infant inside. They decide to raise him as their own, naming him Brandon. A series of home videos showing Brandon as an adorable baby, then toddler, tell us that the horrors we know are coming are not due to parental neglect. Clearly this boy doesn’t lack for love or attention.

Years later as Brandon (Jackson A. Dunn) is turning 12, the family is still as close as ever. Brandon is aware he’s adopted, but is ignorant of the strange circumstances around it. Nevertheless, he begins to be drawn to the place where the ship that brought him to Earth is stowed away. The Kansas farm boy also begins exhibiting traits such as superhuman strength, invulnerability, heat vision, and flight. But as the film’s marketing has stressed, Superman this ain’t, even if a red cape becomes a part of Brandon’s alter ego. 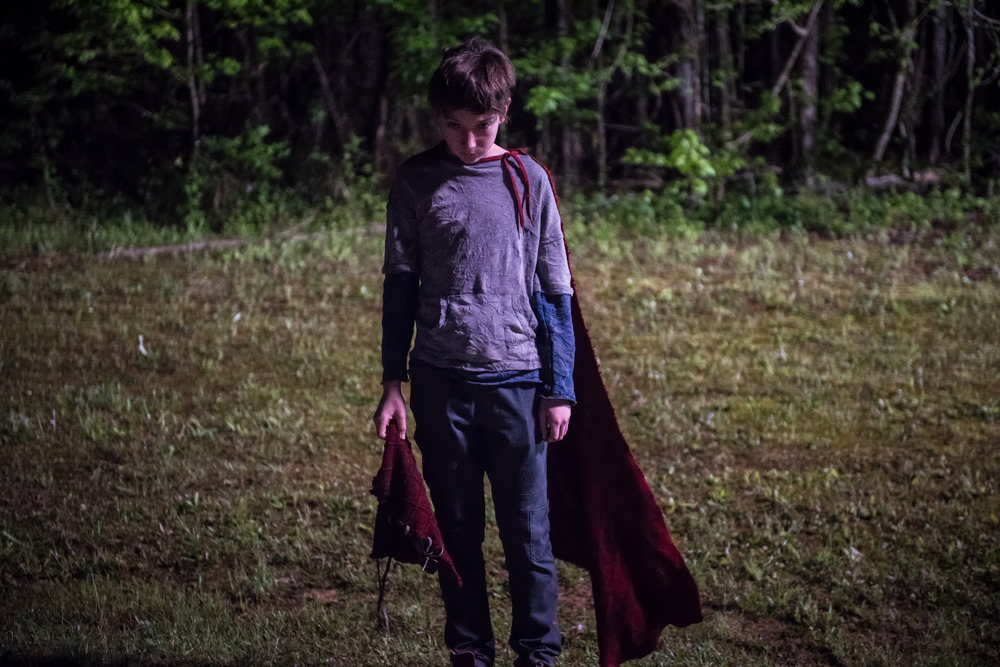 The really horrifying thing is how Brandon doesn’t allow his loving home and an upbringing bursting with good intentions and healthy morality to prevent him from taking what he wants once he discovers his abilities. While Superman’s transport to Earth is typically a fount of gentle wisdom, Brandon’s glows an evil demonic red, murmuring dark instructions to “take the world.” What follows is first akin to “The Exorcist,” wherein a child is possessed by a malevolent force. But it quickly becomes apparent that Brandon is no victim who is transformed into an instrument of evil against his will. He’s embracing it, fulfilling the mission it seems he was sent to Earth for.

The way Brandon embraces his power is also right out of the toxic masculinity handbook, with a creepy romantic gesture that wouldn’t be too unfamiliar to “Twilight” fans. But one preteen girl who’s unlucky enough to the the object of Brandon’s affection discovers that a superpowered guy sneaking into your room in an effort to win you over isn’t nearly all all it’s cracked to be. When she’s understandably unappreciative of his attentions, Brandon breaks her hand at school. His actions quickly escalate from there, with Brandon taking brutal action those he perceives as obstacles to his goals.

It’s hard not to perceive this as a response to parental fears of children discovering and responding to a source of hate known only to them and quickly transforming into not just an angry, defiant teens, but hateful, willing members of the alt right. The filmmakers also know their way around the genre. “Brightburn” is produced by James Gunn, who wrote and directed both “Guardian of the Galaxy” films, and his brother and cousin Brian and Mark Gunn wrote the script. Unlike other superhero films, there is plenty of graphic blood and gore as Brandon wreaks increasingly greater levels of havoc. 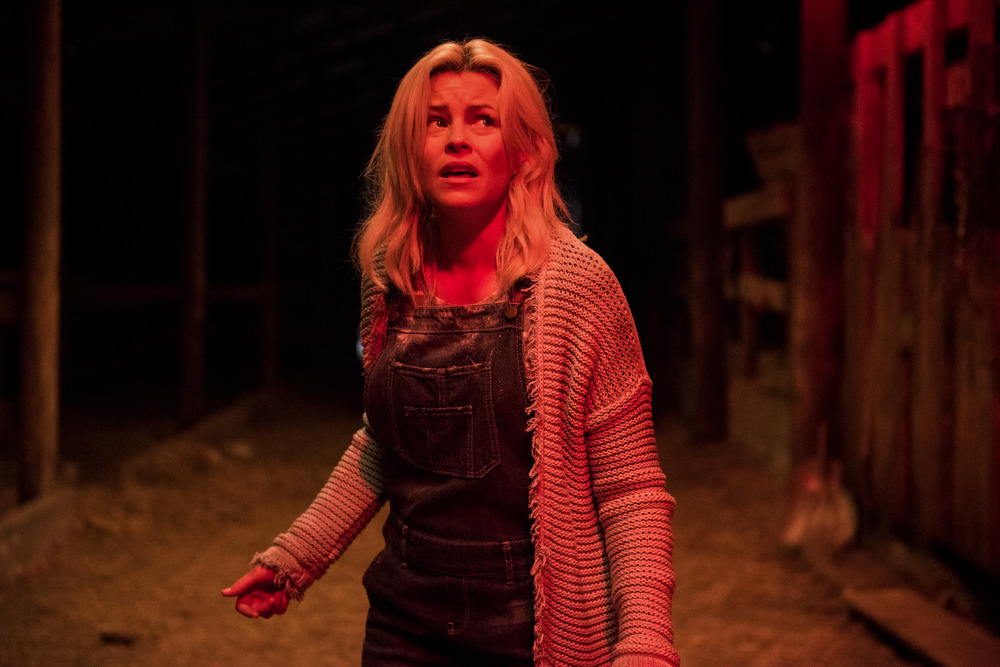 That we never become numb to the violence or the pain of Brandon’s victims is thanks to the more realistic effects, which keeps the perspective firmly on those witnessing the havoc, not the one wreaking it. As usual, Elizabeth Banks gives an incredible standout performance as the cool artistic mom who must grapple with the son she’s raised becoming more and more unrecognizable to her.

The only way the film loses its way is in its nihilism. “Brightburn” isn’t interested in blame or an easy scapegoat, such as the heavy presence of guns or hunting in the small Kansas town the characters call home, or even providing us with a light at the end of the tunnel. Choices like this can have their own appeal in a world of bright shiny heroics where those who died never stay dead, but here it’s indicative not only of the filmmakers’ privileged position, but how they’ve been sheltered from the real darkness many knew was here all along, and others are only facing because they’ve been forced to.

Films like this cannot and should not have to acknowledge everything that’s led us to this point, but none of this happened in a vacuum, and we did not just arrive here. Rather, we are reaping what we sowed. Often real evil is birthed in places like this (among others), and we are now grappling with the effects in the real world, in real time. It makes the movie’s lack of perception and perceived powerlessness from those who have the ability to create real change both on-screen and off disappointing.

If that seems like a stretch, Google the filming location of Georgia and how the state could help change the rest of the country for the worse. Others are taking action, and such major filmmakers joining them could have an even bigger impact. The question is, will such pessimism and hopelessness become a self-fulfilling prophecy?

from A Reel Of One’s Own http://bit.ly/2JU2yhK
via IFTTT