There is a touching exchange between the lovers of Clara, one of many performed by real-life spouses Patrick J. Adams and Troian Bellisario, that typifies their divergent dogmas. He is a man of objectives and data. She is a woman of compassion and altruism. As they share a riverfront park bench and stare upwards, the woman laments that the star-filled sky is “too beautiful to be random.” The man retorts “it’s beautiful because it’s random.” Opposite to the norm, their disagreement only brings them closer together.

This conversational chasm is a microcosm for the film inside and out. Citing genuine and actionable science, Clara builds heady inquiry for the voluminous and important research of its depicted discipline. Its sense of intelligence intertwines with the unpredictability found in the amorous reverberations of the human heart. This combination creates an intimate and daring film experience that enraptures as easily and as powerfully as it fascinates. This remarkable slice of romantic science fiction debuted on May 3rd on VOD platforms and in limited theatrical release locally at the AMC Barrington location.

Writer-director Akash Sherman’s sophomore feature film smartly and effectively places our two central characters within the astronomical happenings of the present and near future. Dr. Isaac Bruno (Adams of TV’s Suits) is a distant yet driven research astronomer and professor. When he’s not blasting his students with unmasked cynicism, Dr. Bruno and his academic colleagues (led by Dr. Charlie Durant, played by Ennis Esmer of TV’s Blindspot) have been anticipating the launch of a pair of new NASA telescopes that stand to revolutionize the search for habitable worlds and potential cognizant life.

LESSON #1: LEARN ABOUT TRANSIT PHOTOMETRY — The detection method and these specialized telescopes are completely legitimate and not convenient, far-fetched movie fallacies. The TESS Space Telescope is a 2018 upgrade of the Kepler which has discovered over 4000 exoplanets since 2009. The wider instrumentation of the TESS seeks to quintuple those findings. TESS will be paired in 2021 with the new James Webb Space Telescope which is three-times the size and power of the soon-to-be-retired Hubble Space Telescope. The interwoven backdrop of this actual methodology provides is a narrative boon for the science fiction of Clara.

Publicly promoted by the field-leading Dr. Rickman (veteran actor R.H. Thomson), NASA begins releasing the mountains of TESS data to the public as a recruiting call for citizen volunteers to help with the analysis. Promising findings of habitable zone candidate planets from TESS will receive priority clarity exploration from the Webb and would undoubtedly elevate any scientist’s career. Relieved of his teaching position, Dr. Bruno becomes obsessed with finding that first lightning rod recognition. He puts out a flyer for an unpaid, live-in research assistant which is answered by the struggling artist Clara (Bellisario of TV’s Pretty Little Liars).

LESSON #2: PROVING SCIENCE — The sheer scope of the mathematical probabilities used to calculate the universe’s potential for “Goldilocks Zone” planets and evolved life tells the scientific field to think with “when” and not “if” when it comes to what would be the greatest discovery in human history. Yet, here we all are, fearing the unknown and finding nothing when every byte of data says there has to be more than us in the universe. That assumed certainty, calling back to that introductory fact-and-opinion debate of purpose versus impermanence, compels Isaac and terrifies Clara.

As Isaac and Clara share work time and residence, their traits begin to clash and influence each other. Her soulful bohemian views soften the hardened hermit. Likewise, his determined intellect inspires her own path of discovery. As their work goals progress, so does their potential for greater connection. Extremely virtuous and tender performances from Bellisario and Adams guide merging paths of revelatory catharsis for two very uniquely damaged characters. These veterans of television have outdone themselves on this bigger stage maximizing their innate affinity towards each other. The expressions and releases of emotions in this intimate journey against an endless reality become paramount, ponderous, and dramatically affecting.

LESSON #3: PROVING LOVE — A reoccurring debate in Clara is finding the belief and understanding to prove the existence of love beyond the some cocktail of chemical triggers in our brains or a lofty phenomenon of quantum entanglement. Isaac rants “you can’t prove something based on a feeling” or how “outer space is a safer bet than love.” This is a battle of data and concepts against comforts and conceits. As it turns out, the answer becomes simple by posing the question of “Have you ever been hurt by love?” Not a soul on the planet can say no and that’s all it takes to prove it.

There is both solemnity and sweetness to Clara’s complicated love and the movie’s grounded presentation. That measured pairing of tones from Akash Sherman (The Rocket List), his writing partner James Ewasiuk, and the team of contributing artists couldn’t be more balanced. Vinyl spins of Bob Dylan tracks and a spare score from composer Jonathan Kawchuk tame the melodramatics to an appropriately soft level. The same can be said of the clean imagery captured by cinematographer Nick Haight and the patient editing of Matt Lyon. In its slightness, Clara is shaped to be a picture lost in cosmic thought only to still be bound by the weighty human holds that matter with equal and meaningful importance.

A less intelligent film would skimp on the supportive homework and land in the preposterous instead of the plausible. A less honest film afraid to ask the big existential questions would settle for the predictable and pompous. Instead, like a pitch-perfect slow dance of temperance, Clara soothes and satisfies even its most difficult challenges. The movie crescendos towards an absolutely breathless final reel where all of this elevated stargazing vaults into something earnest, powerful, and, best of all, special. This writer has found a hidden gem to champion all year. 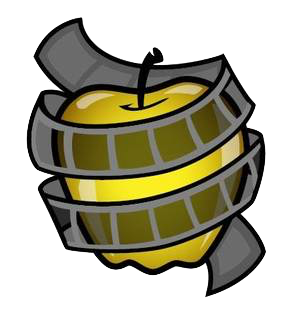 from REVIEW BLOG – Every Movie Has a Lesson http://bit.ly/2vIth8H
via IFTTT